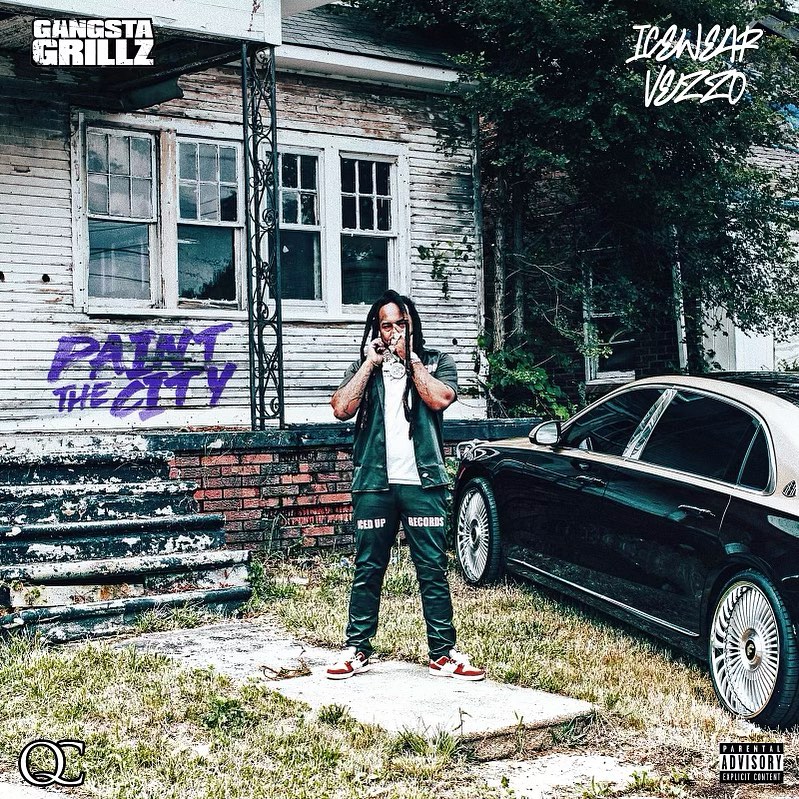 “His latest project basks in the idea that an album this regionally specific can still have nationwide appeal.” – Pitchfork

Respected across the nation for his slick-talking rhymes and hustler’s mentality, Icewear Vezzo is always on his grind. Marking a new milestone in his prolific career, the Detroit native connects with DJ Drama to share Paint The City, a new Gangsta Grillz mixtape. A natural evolution from Vezzo’s acclaimed Rich Off Pints 3 series, Paint The City finds the 6 Mile native spitting witticisms earned from a lifetime of hustling. The new mixtape bolsters Vezzo’s matter-of-fact flexes with Drama’s energetic exhortations, providing a jolt of electricity to the first-ever Gangsta Grillz tape by a Detroit rapper. Drama curates a selection of beats–many from regular Vezzo collaborators including Antt Beatz, Foreva Rollin, June Da Genius, and Max Beats–that contrast Vezzo’s signature piano-led menace (“RNS”) with a more triumphant sound that reflects the recent Quality Control signee’s successes (“Ain’t No Turning Back“).

Paint The City illustrates the immense respect that Icewear Vezzo commands in the rap game–the 6 Mile ambassador rolls out the red carpet for a list of renowned guest stars to talk their smack. The tape is home to the buzzing single “It’s All On U” ft. Kodak Black, which generated over 5 million streams on Spotify and 11 million views on YouTube, and “Certified,” a sinister slapper that envelops Future into Vezzo’s sonic realm. Recent single “One Time” features a standout verse from trap legend Jeezy, and the closing track “Trippin” boasts a typically witty appearance from 2 Chainz. Amidst all the star power, Vezzo makes sure to put on for the D, recruiting his East Side associates Peezy and GT for the propulsive Michigan banger “No Talking.” The first full-length to be released since Vezzo signed to Quality Control Music, Paint The City is available everywhere on all platforms via Iced Up Records/Quality Control Music.