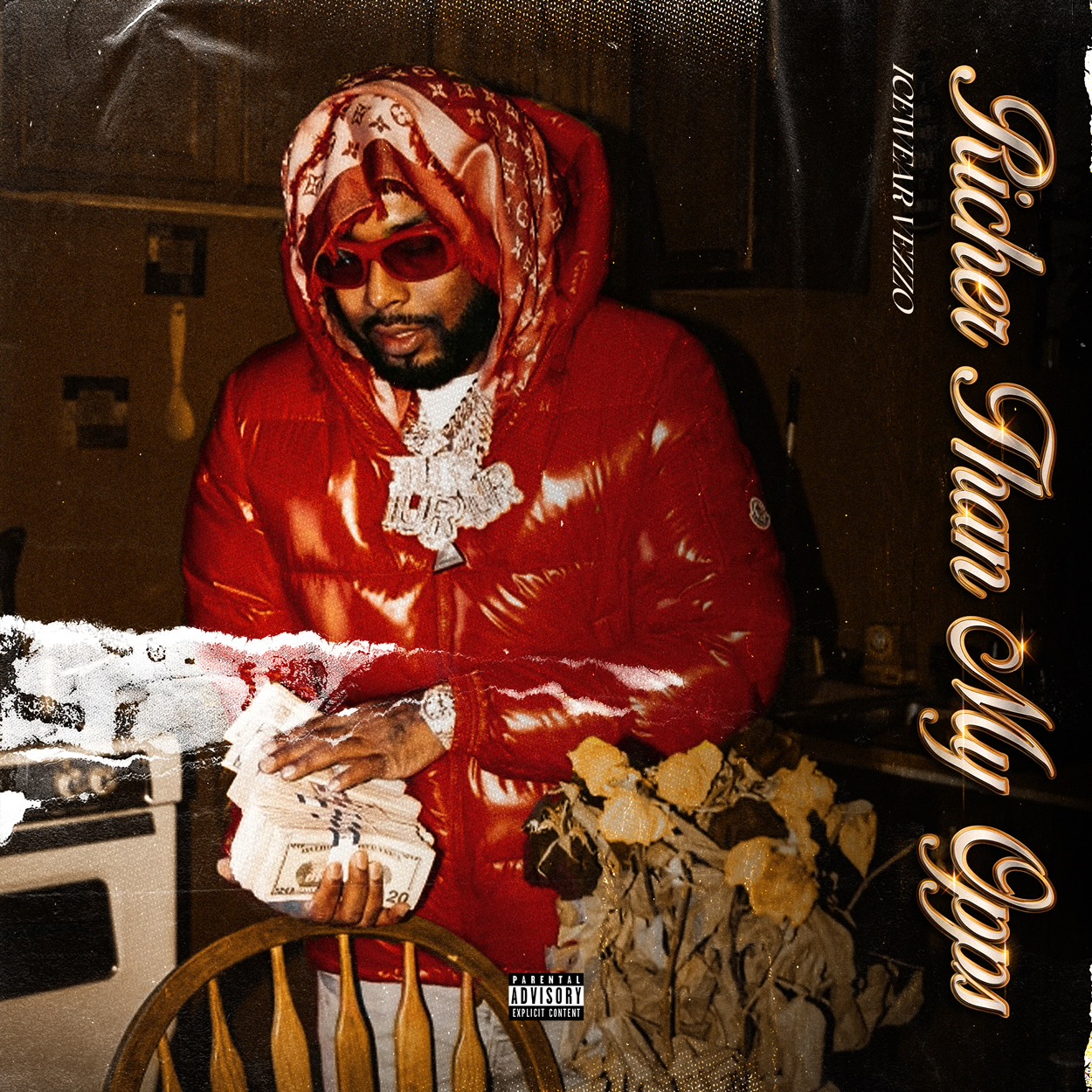 Having carved out a name for himself amongst Detroit rap royalty with his effortless bravado, offhand slick talk, and casual delivery, Icewear Vezzo has entrenched himself as a fixture of the city as both a rapper and entrepreneur. The competitive mentality and devoted persistence required to excel in each of those fields as Vezzo has are abundantly evident in his latest video single, “Richer Than My Opps,” available now. Driven by the infectious repetition of its titular hook and punchline heavy verses, the track finds Vezzo putting enemies on notice that they could never make flexing look so easy, so they might as well stop trying.

The video sees Vezzo posted in a kitchen that would look a scene from a ’50s sitcom if it weren’t for the racks, double-cups, and baking soda on the breakfast table. Flanked by posse at times and trapping by his lonesome at others, the visuals mirror the journey Vezzo took to become “Richer Than My Opps.” Though Vezzo flaunts the spoils of his success alongside his team, it’s his hands that stir the point, and what he cooks up can’t be replicated.

“Richer Than My Opps” kicks off Vezzo’s year in bold fashion as it arrives in the wake of his recent mixtape, Rich Off Pints 2, in September. The sequel to the Pitchfork-praised Rich Off Pints, ROP 2 explores Vezzo’s evolution from hustler to entrepreneur, elucidating the artist’s competitive mentality one track at a time. The 14-track project boasts over 65 million US streams to date, along with 4.2 million streams across catalog last week. ROP 2 follows Vezzo’s high-profile collaborations, including “Tear The Club Up” ft. Future and “Up The Scoe“ ft. Lil Durk, with the latter boasting over 13.6 million YouTube views and 42 million streams to date. Featuring additional appearances from Moneybagg Yo, Rio Da Yung OG, RMR, Babyface Ray and more, Rich Off Pints 2 is available everywhere via Iced Up Records.

With Vezzo staying consistent, 2022 is his year. Stay tuned for more from the prolific rapper and entrepreneur.

Watch “Richer Than My Opps”: https://youtu.be/dfoJD9vmUx4

Buy/Stream “Richer Than My Opps”: https://foundation-media.ffm.to/richerthanmyopps