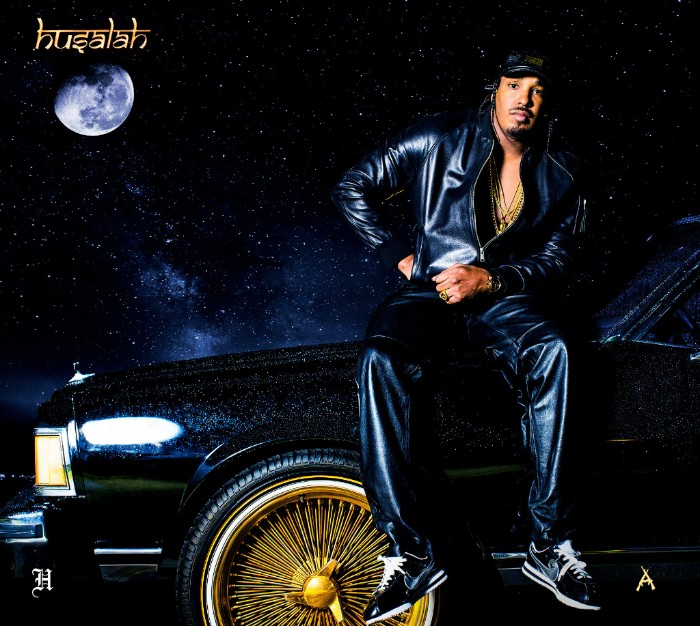 “As an artist, Hus’ music is both intuitive and deeply considered, a reflection of a man with an unending intellectual curiosity whose approach to hip-hop nonetheless reflects a tradition more dependent on capturing his in-studio energy, performing with an improvised, on-the-spot musicality, rather than aiming for rehearsed precision. He combines the bold, shocking energy of Too $hort with the syllable-dense percussive style of Kool G Rap, but those influences fall short at capturing the heavy, singular dose of style that makes Husalah an original.” – Noisey

Hitting the Bay Area like a once-a-decade seismic event, Mob pioneer Husalah built his legend on a small, but formidable recorded output. Returning for his first new full-length album since the Bush administration, Husalah shares H, a diverse and impactful new collection of songs. Packed with slap-happy Bay Area anthems of all stripes and colors, H finds Husalah  reflecting on his past and present, dwelling on his childhood in the ghetto, his time spent in jail, and his future as a pillar of the community on standout tracks like “Don’t Die,” nd “Pray 4 You,” and the Sade-sampling “Protect Your Soul,” which premiered a video last week via The FADER. Elevated by Husalah’s inimitable cadence, hard-hitting delivery, and outsized personality, H also boasts raucous bangers like the critically acclaimed 2017 single “M.O.B.,” produced by Young L and praised by Pitchfork as “a bona fide slapper, triumphant and devilish all at once,” and the sidewinding, lothario-like “Bad Young Thing.” Featuring an appearance from Rydah J Klyde, a fellow member of the Mob Figaz, and a posthumous appearance from Mob Figaz chieftain The Jacka, H re-establishes Husalah as one of the most impressive and outrageous rappers in Northern California.

Husalah is a legendary figure in the mythos of Bay Area rap. Rapping since childhood, Husalah got his start with the highly respected group, Mob Figaz, alongside the late great The Jacka, Rydah J. Klyde, FedX, and AP.9. Displaying his charismatic personality and athletic ability in his outrageous Ghetto Olympics videos, interviews, and music video appearances, Husalah quickly became a mainstay in the Bay Area scene. He further cemented his status with unforgettable feature appearances and collaborations with Bay Area legend Mac Dre. Expected to dominate the game alongside the Jacka and carry on Mac Dre’s legacy after his passing, Husalah’s momentum was put in a stranglehold when he was forced on the run by a federal drug conspiracy charge (cops found over 10 kilos of cocaine in a car he was a passenger in). After several years of evading the law and upholding the code of silence, Husalah was eventually charged with possession & intent to sell more than 5 kilos. He ended up in prison right after the release of his debut solo album, Dope, Guns & Religion. Despite his situation, his second album Huslin Since da 80’s was released while in jail, as well as the extremely popular “From The Hood,” both of which helped maintain his presence in the game. Emerging from prison in 2010, Husalah stayed quiet, performing at a sprinkling of shows and dropping a few strategic impactful records until he was spurred into action by the death of the Jacka, which reignited his torch to keep the MOB movement alive.