Leading a creative wave in their hometown of Dublin, Ireland, hip-hop duo Hare Squead specialize in eccentric and infectiously melodic rap jams. Capitalizing on a year’s-worth of momentum created by a string of quality singles and videos, Hare Squead announces Superweird EP, their upcoming project. Switching effortlessly between off-kilter melodies and lightning-quick rhymes, duo members Tony Konstone and Lilo Blues are masters of mutating their voices into strangely catchy hooks. Channeling their wildest impulses into an inventive 7-tracker, the new project collects previous singles like the boom-bap kiss-off “Minor Gangsters (Gully),” the electronic-influenced lust letter “Baeboo,” and the introspective “Meeting With Myself.” The sequel to 2018’s Supernormal EP, the Superweird EP pairs the acclaimed pre-release tracks with new highlights like the bubbly “Like I’m Barack” and the bass-heavy “Trenches.” The EP features appearances from Jay Prince and Peter Xan, and releases on March 20th via Independently Popular.

Along with the EP, Hare Squead partners with COLORSXSTUDIOS to share a brand new performance of “Minor Gangsters (Gully).” Released in January and listed on Spotify playlists like POLLEN and New Music Friday, “Minor Gangsters” claps back at racist UK politician Rory Stewart, who called them “minor gangsters” during a man-on-the-street interview. The song flips the phrase and gives it a new power, as the duo proves there’s nothing “minor” about the way they handle their business. In the COLORS performance, Lilo and Tony perform the boom-bap banger in front of a vibrant backdrop (today’s colors: cutty sark and gun powder), expressively enacting the rebellious spirit of the song’s lyrics.

Hare Squead recently returned from the “Minor Gangsters Tour,” which took the duo across Western Europe, with stops in Berlin, Amsterdam, Paris, London, and the duo’s hometown of Dublin. On the tour, they played Superweird highlights, singles like 2019’s “100 Miles“ (1.2 million Spotify streams) and the Clash Magazine-premiered “Petty (ft. Shauna Shadae & Wusu),” and older highlights like “Herside Story,” a 2017 single, featuring Goldlink on the remix, which has over 65 million streams on Spotify alone. With over 1.1 million monthly listeners on Spotify, Hare Squead is just getting started in their quest to bring their “superweird” sound to the masses. 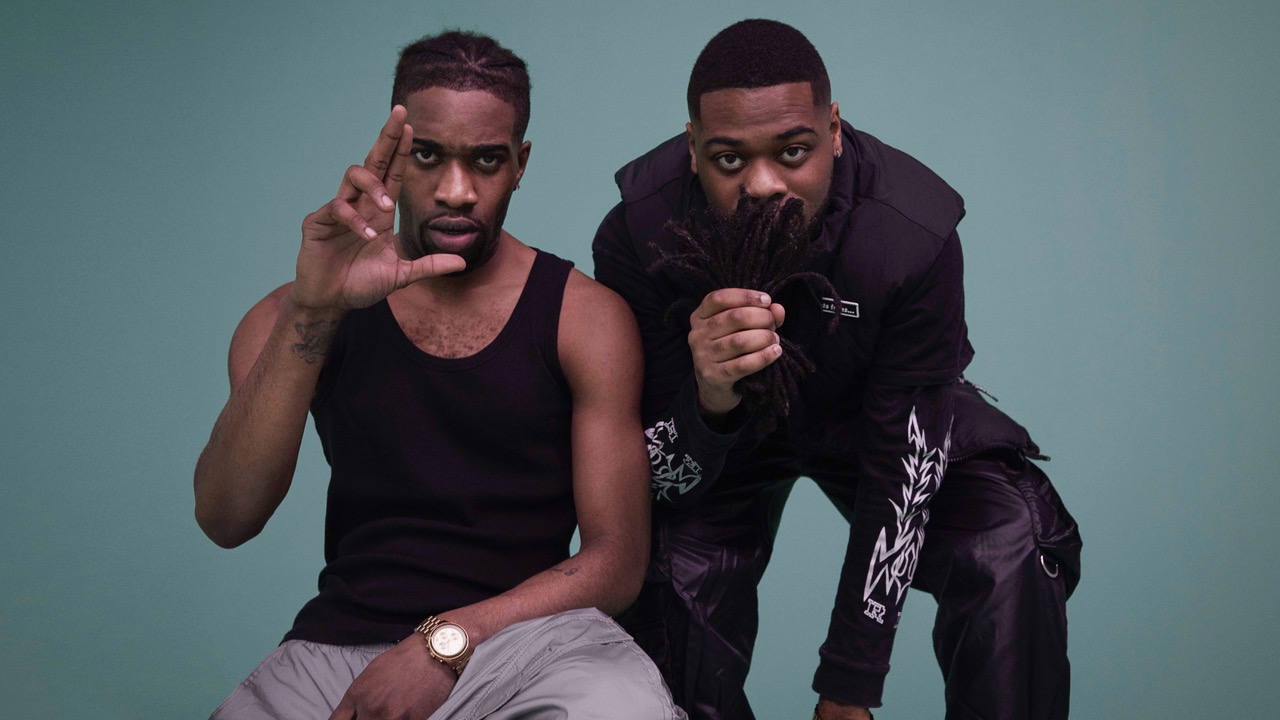