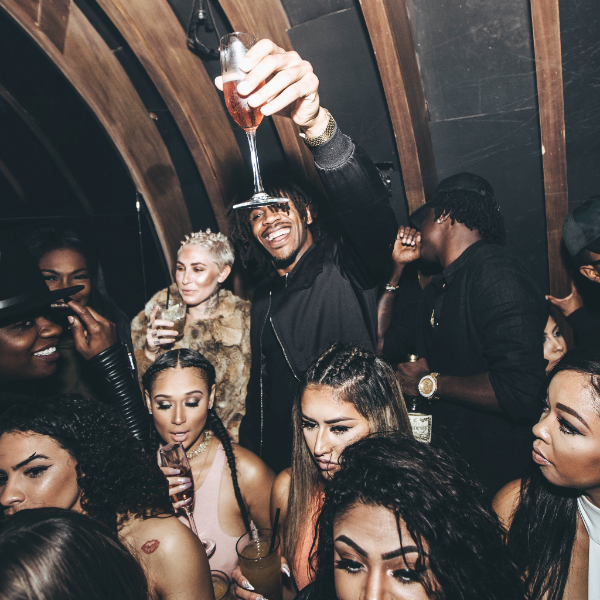 The plug in a booming scene that he helped orchestrate, Atlanta polymath GENIUS taps K Camp and Que for “Movie 2.0,” debuted by VIBE. Growing up outside of Negril, Jamaica before relocating to Decatur with his mom, GENIUS earned his rep as a DJ and curator in ATL clubs, breaking songs likeMigos’ “Bando,” K Camp’s “Do It,” and Charlie Boy Gang’s “Beef It Up.” With a knack for discovering new talent, his A&R skills have come to the forefront with his well-respected and highly-trafficked Slumchat mixtape series, in which he compiles a blend of buzzing club records and original tracks. “Movie 2.0” is set to appear on the Slumchat 5 mix in addition to GENIUS’ forthcoming A Eastside Story: Deluxe Edition album with newcomer Felipe.

GENIUS is the official DJ for K Camp, so teaming up for “Movie 2.0” came naturally. There’s history with Que as well, with GENIUS having hosted he and Mike Fresh‘s 2014 joint effort Que Fresco. “I’ll start writing a hook then go lay down a few ideas,” GENIUS told VIBE of their collaborative process. “Camp will just go in the booth and lay down some crazy dope shit outta nowhere, haha, then we just see what works with the record. If Camp is fucking with something he hears he will start engineering and chopping and cutting shit. He has a lot of experience in building a record so working with Camp is a learning experience every time we in the lab.” GENIUS’ A Eastside Story: Deluxe Edition is slated for a June release.