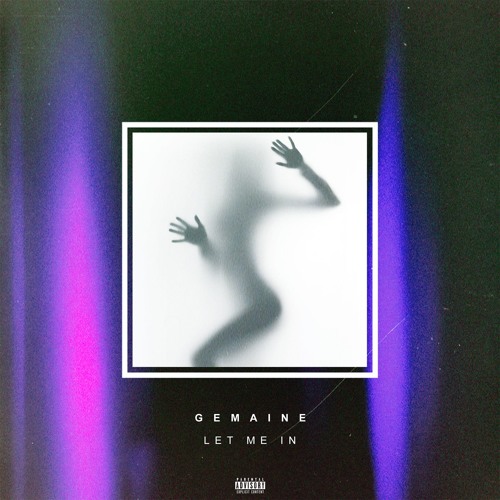 “R&B singer Gemaine arrives straight out of Compton with a fresh sound that’s bound to make you stop in your tracks.” – VIBE

Following his song “Freaky“ that amassed almost 3 million Soundcloud listens and thousands of re-Vines, 20 year-old R&B newcomer Gemaine is now releasing his sultry single “Let Me In.” The track, which premiered on VIBE, has the Compton artist telling the story of his first real relationship experience, struggling to earn trust from his girl. “Let Me In” is from Gemaine’s forthcoming EP, coming out next week.

“This song is targeted toward the ladies of course but it’s really for everyone,” Gemaine explained. “I want to bring back the good vibes, fun, and love that R&B used to have and that everyone adored. This is about my first experience having a real relationship with a girl and genuinely having feelings for her. The struggle was getting her to open up and trust me. It was an adventure and exciting knowing she wanted to trust me but simply couldn’t because I didn’t earn it. I liked that I didn’t have it easy.”

Gemaine has emerged as a newcomer to the music industry, but music has been a big part of his life since he could remember. At the behest of his parents who wanted him and his seven siblings to avoid the trappings of the street life outside their door, Gemaine spent most of his free time singing and making music at his church, known for its high caliber of musical performances. A self-taught pianist, the 20-year-old Compton artist is looking to do more with his talents than just sing. His goal is to create music that, “makes people feel good and becomes an escape from their problems.” He is currently working towards the release of his debut EP.

Listen to “Let Me In”: https://soundcloud.com/gemaine/let-me-in/

Check out the VIBE premiere: http://www.vibe.com/2015/10/premiere-gemaine-breaks-down-lovers-walls-on-let-me-in/

Gemaine is a 20-year-old singer/songwriter/actor from Compton, LA whose music is infused with the iridescent sounds of soul, jazz and pop that blends together in a smooth sensual way. Influenced by the musical sounds of R. Kelly and Michael Jackson, this young star wears his desires and passions on his sleeve.

After releasing a snippet of what would later be his viral single, “Freaky” on Vine, Gemaine managed to turn six seconds into over 2 million plays and 200,000 followers on his social networks.