With a bruising southern drawl and an easy sense of melody, Fredo Bang is Baton Rouge’s next big rap star. Officially releasing his latest street hit, Fredo announces that his single “Vest Up” is currently available to stream on all platforms. “Vest Up” is an eerie and bouncy slice of countrified trap–the perfect canvas for Fredo to send a fierce message to the opps: “My city know I’m a stepper and I keep Glocks not Berettas/You want me dead a hunnid ain’t enough you gotta do better.” Released in December by the newly minted Def Jam signee, the music video for “Vest Up” racked up more than 2.2 million views on YouTube.

The official release of “Vest Up” arrives as Fredo announces that he’s joining Moneybagg Yo as the highest-billed supporting act on the “Time Flies Tour.” Kicking off on March 19th in Oklahoma City, the nationwide tour spans 20 dates, stopping in New York on April 6th and Atlanta on April 7th before finishing up in Los Angeles on April 15th. Tickets are available for purchase here.

In 2019, Fredo Bang made major waves in the South and beyond, releasing two mixtapes, dropping hot video after hot video and collaborating with some of the genre’s biggest names. In May, Fredo dropped Big Ape, which featured Fredo’s breakout hit “Oouuh,” as well as “Gangsta Talk,” a vicious flex-off with NLE Choppa, and “Story To Tell” (Remix), featuring tour mate Moneybagg Yo. Shortly after signing with Def Jam Recordings, Fredo shared Pain Made Me Numb, which features singles like “Cap A Lot” and “Slidin.” 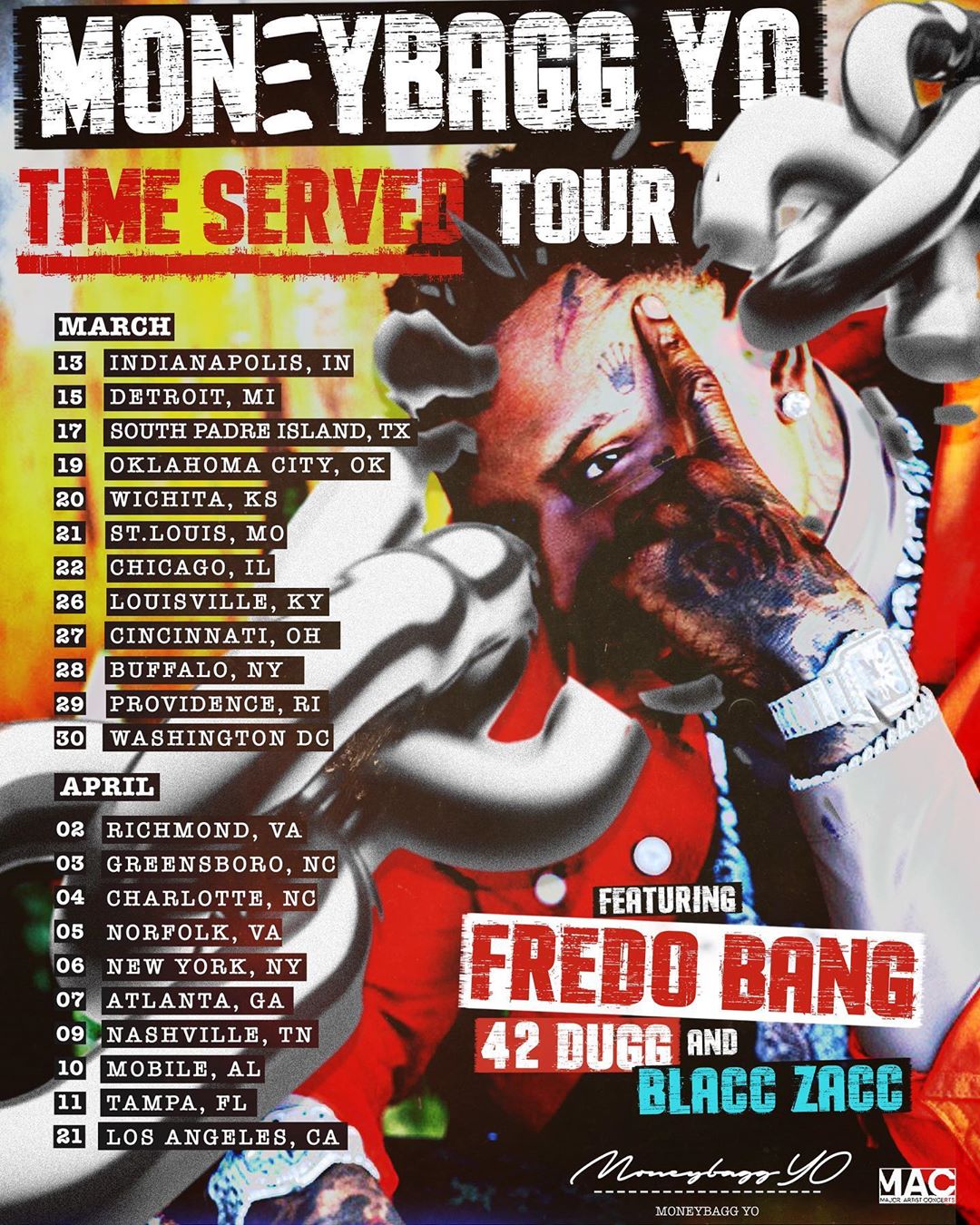 Life hasn’t been easy for Fredo Bang, the rising Baton Rouge-raised rapper born Fredrick Givens. Between losing two close friends and spending two and a half years in jail, Fredo has already experienced some of life’s toughest tribulations at just 23 years old. Despite these challenges, Fredo’s music has taken his hometown and beyond by storm. 2018’s 2 Face Bang put him on the map with breakout single “Oouuhh” and a string of songs like “Shootas on the Roof” and “Father” fueled his momentum as one of last year’s most exciting new rappers to watch.