With a deep drawl and a natural affinity for melody, Fredo Bang is the next rhymer to rise out the Bayou. Retreating to his hood with some of the realest dudes in Baton Rouge, Fredo Bang shares “Story To Tell” (Remix), his latest video. A soulful slice of street science, “Story To Tell” finds Fredo embracing his inner demons, issuing a warning to all those who might cross him and his crew: “I’m a sinner, I ain’t listen to what the pastor say/Last n**** play with TBG, he passed away.” For the remix, Fredo recruits Memphis heavy-hitter Moneybagg Yo, rocking two massive chains and a Dolce Gabbana belt, who easily acclimates himself to the swampy Baton Rouge climate: “This Glock hot like Louisiana/Millionaire with some hood manners.” “Story To Tell” (Remix) is a standout track from Big Ape, Fredo’s second project, released last month.

Taking his brand of soulful street rap on the road for the first time, Fredo Bang announces the “Big Ape Tour.” His first-ever headlining tour and his first tour to move beyond his native South, the tour kicks off in Denver on June 4th, with planned stops in NYC on June 10th and Atlanta on June 24th, and in Los Angeles on July 5th, before finishing in Dallas two days later.. With support performers to be announced, the “Big Ape Tour” is a great early chance to see a rising talent with an already-impressive array of street hits.

A 20-track effort with production from the likes of Southside, Ben Billions, and frequent collaborator Hardbody B-Eazy, Big Ape is buoyed by Fredo’s mastery of melody, grounded by his lived-in storytelling, and informed by a violent past and months of reflection during a 2017 jail stint. Able to shift from clipped cadences to entrancing melody and back, Fredo hit his stride in recent months, garnering millions of YouTube views on tracks like the moving “Pray To God,” and especially “Oouuh,” an infectious and charismatic single that earned a guest spot from Kevin Gates on the remix and racked up tens of millions of streams on all platforms. The new mixtape is home to “Gangsta Talk,” a vicious flex-off with 16-year-old newcomer NLE Choppa, which piled up over 4 million YouTube views and 560k Spotify plays in less than a month of release. Featuring additional appearances from Tee Grizzley, YNW Melly, Mozzy, Sada Baby, Celly Ru, Yoshi, and Blvd Quick, Big Ape is available everywhere via Sony RED/Bang Biz Ent. 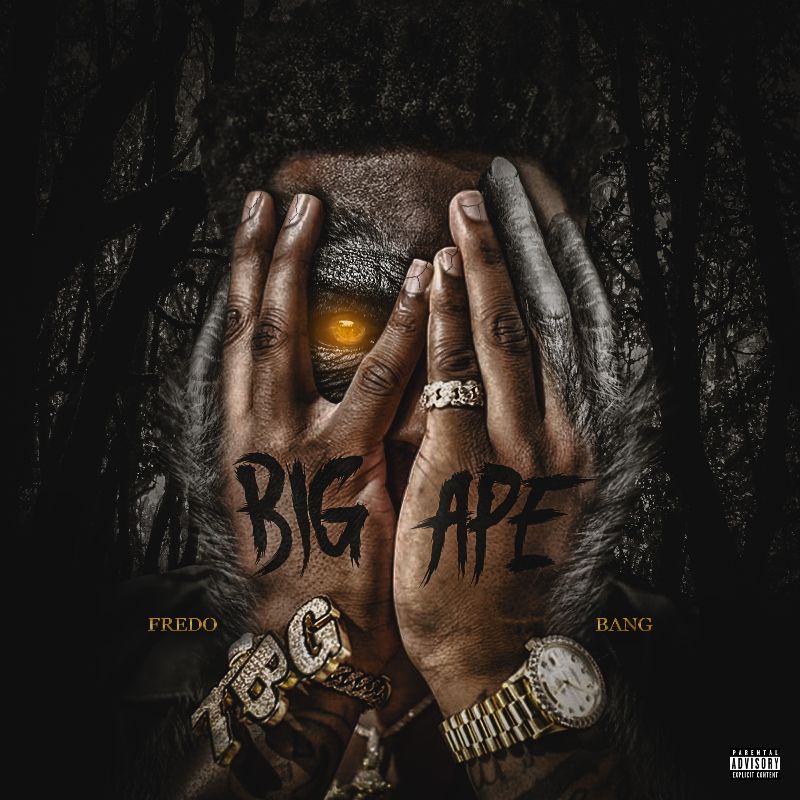