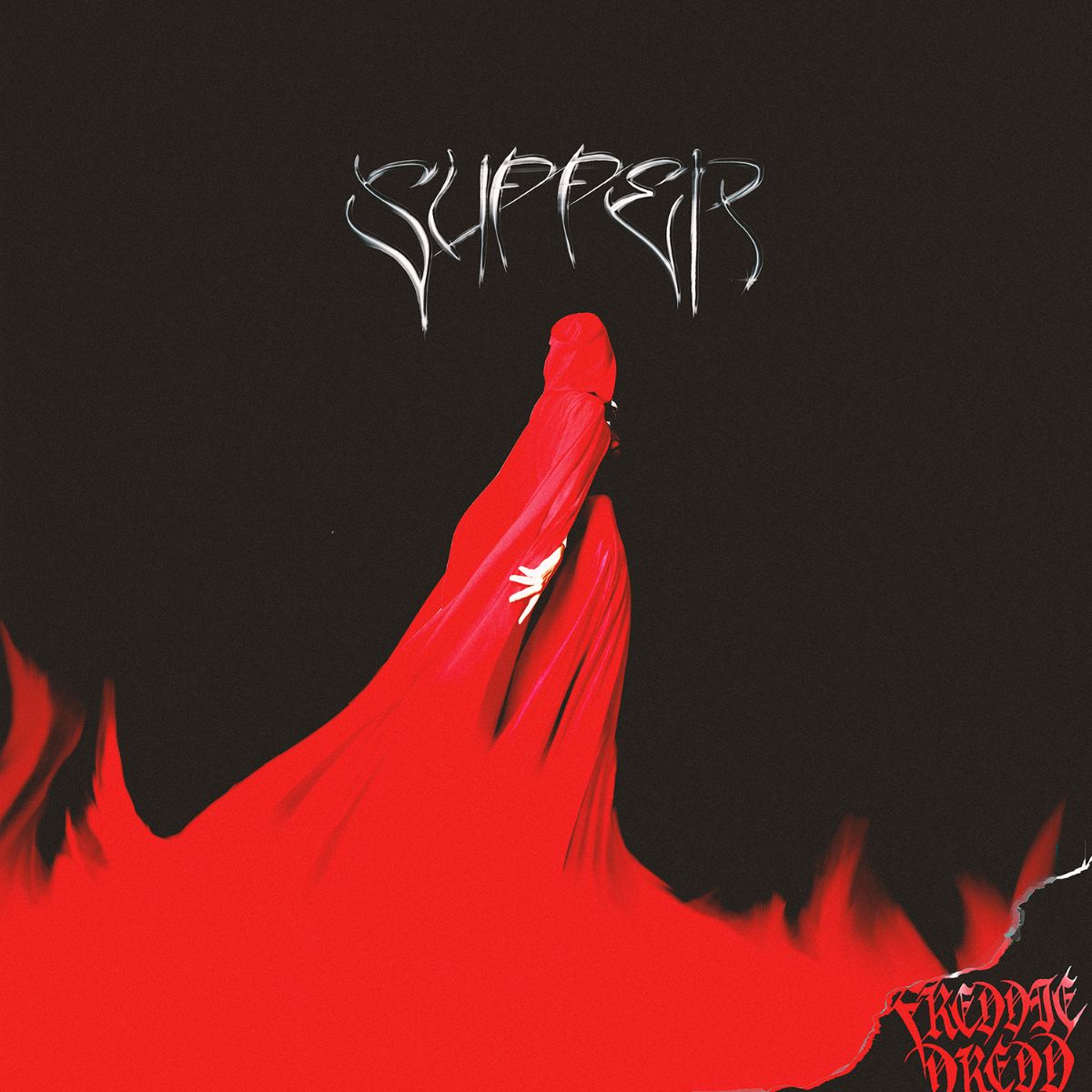 Welcoming listeners into his warped world with distorted bass and ultra-violent lyrics, Freddie Dredd is rap’s demonic trickster figure. Channeling Beelzebub in a visually striking new animated video, Freddie shares “DEVIL’S WORK,” animated by Alex Sarzosa and directed by JetPhynx. Over a Ryan C. production that mixes sliding, subsonic bass under a gravelly groaning sound that evokes a chorus of the damned, Freddie delights in the suffering of his victims. The video takes us straight to hell, as Freddie plays both demon and lost soul, as demon Freddie tries to tempt the human Freddie to sell his soul. With an animation style that splits the difference between Ren & Stimpy, Don Bluth,  and H.R. Giger, the “DEVIL’S WORK” video mixes horrific imagery with a sly sense of humor, but be warned…it does not have a happy ending. “DEVIL’S WORK” is a highlight track from Freddie’s recent SUFFER EP.

Home to several highlight singles, including the noisy, industrial “DARKO,” the ultraviolent  “SPEAK UP,“ and the fan-favorite diptych “NECKLACE,” and “TOOL,” SUFFER EP filters rap music through Freddie’s playfully sadistic point of view. Influenced by the more extreme sub-genres of Southern hip-hop, especially the strain of horrorcore embraced by Memphis artists like Three 6 Mafia, Freddie’s music (produced by constant collaborator Ryan C) packs scores of sonic ideas into bite-sized bangers, often featuring shifts in tempo and vocal pitch. Flashing a dark sense of humor in his consciously over-the-top lyrics, the 23-year-old rapper amuses himself and his fans with his extreme imagery and creative threats. SUFFER EP is currently streaming everywhere.

A member of the Doomshop/Sixtet collective of underground artists, Freddie found his greatest success in 2019, fueled by his popularity on TikTok, whose users were drawn to his vibey combination of ethereal samples and hard-hitting low-end. His single “Cha Cha“ struck gold, racking up over 50 million streams on Spotify alone. Freddie trended on TikTok yet again earlier this year with his bossa nova-sampling single “Opaul,” inspiring over 2.7 million video creations and earning 36 million streams on Spotify alone. Last month, Freddie shared the video for “GTG,” one of his biggest hits to date, which earns up over 100k streams per day nearly two years after its release (40 million total Spotify streams). Directed by Lazy Eye Productions and recently surpassing 1 million views on YouTube, the video artfully leans into the song’s morbidity, positing the Ontario native as the heir apparent to serial killer antiheroes like Dexter and Hannibal Lecter.