The Ontario Native Shares “SPEAK UP,” His Macabre New Single

The Rising Cult Figure Brings Extreme Lyrics and Underground Sounds to His Legion of Fans (2.8 Million Monthly Listeners on Spotify) 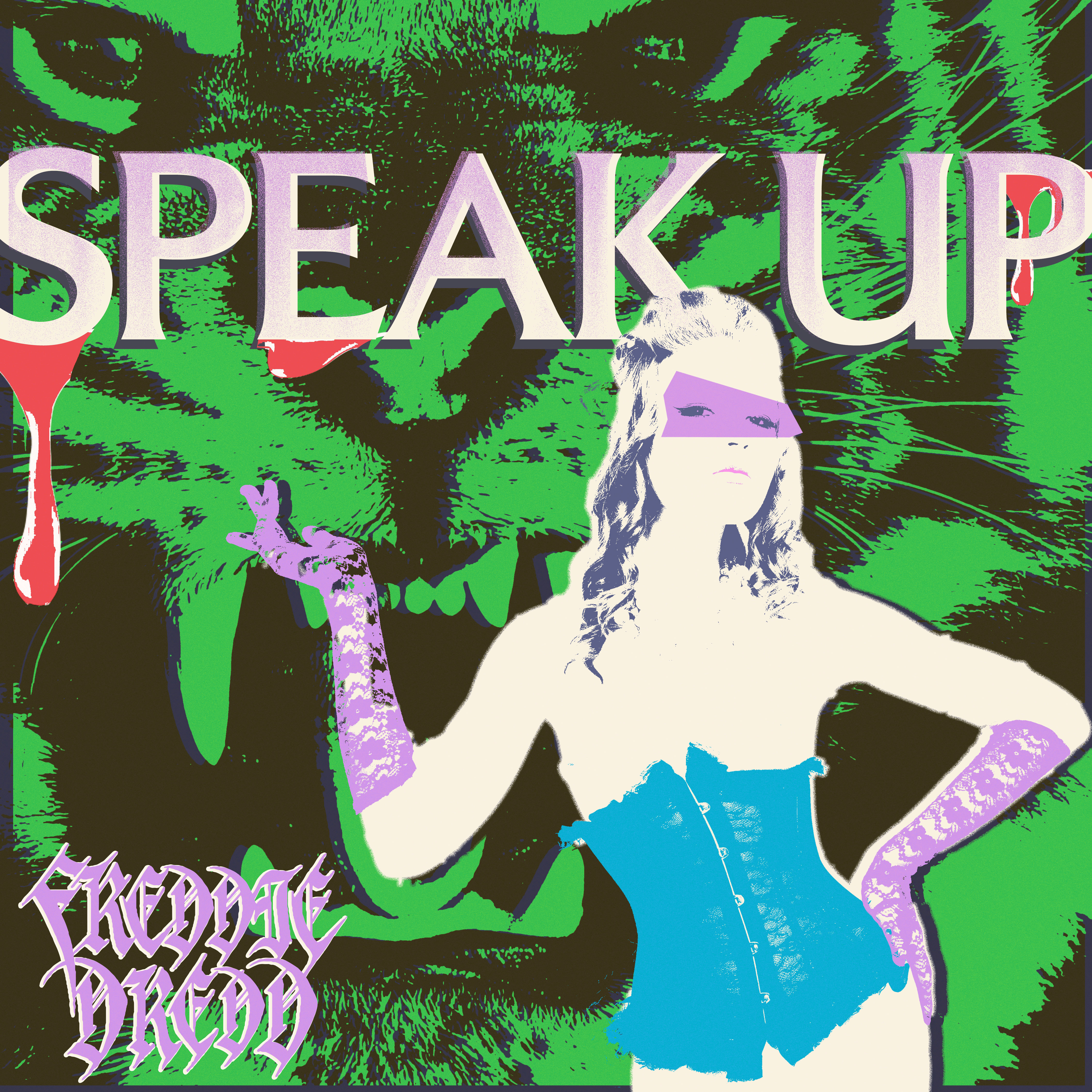 Springing from the dark corners of the internet rap underground, Freddie Dredd earned a legion of fans with his ultra-dark lyrics and subsonic beats. Collecting his bleakest lyrics and hardest-hitting beats into an adventurous package, Freddie announces SUFFER, his upcoming EP. Influenced by the more extreme sub-genres of Southern hip-hop, especially the strain of horrorcore embraced by Memphis artists like Three 6 Mafia, Freddie’s music (produced by constant collaborator Ryan C) packs scores of sonic ideas into bite-sized bangers, often featuring shifts in tempo and vocal pitch. In his lyrics, Freddie amuses his fans and himself with the use of extreme imagery and creative threats. Featuring recent singles like “DARKO,” “NECKLACE,” and “TOOL,” SUFFER is the purest distillation of the 23-year-old Ontario native’s worldview, offering an unfiltered glimpse into a world polite society tries to ignore. SUFFER EP arrives on August 18th.

Along with the announcement of the EP, Freddie Dredd shares “SPEAK UP,” the latest single from the project. Produced by Ryan C., “SPEAK UP,” is a macabre tour-de-force, combining screeching synths and subsonic bass with morbid lyrics about death and destruction: “I got no thoughts up in my head, I just go dumb/I get my big green dollars from your mum.” “SPEAK UP” is an appropriately dark introduction into Freddie’s twisted fantasies.

Earlier this month, Freddie shared a video for  “GTG,” one of his biggest hits to date, racking up over 100k streams per day nearly two years after its release. With over 37 million streams on Spotify alone, “GTG” is catnip for Freddie’s legion of fans, who flock to him for boundary-pushing lyrics, mind-bending production, lo-fi visual aesthetic, and internet-savvy sense of humor. Directed by Lazy Eye Productions and premiered by The Noise, the video (700k YouTube views) artfully leans into the song’s morbidity, positing the Ontario native as the heir apparent to serial killer antiheroes like Dexter or Hannibal Lecter.

A member of the Doomshop/Sixtet collective of underground artists, Freddie found his greatest success in 2019, fueled by his popularity on TikTok, whose users were drawn to his vibey combination of ethereal samples and hard-hitting low-end. His single “Cha Cha“ struck gold, racking up over 50 million total streams across platforms. Freddie trended on TikTok yet again earlier this year with his bossa nova-sampling single “Opaul,” inspiring over 2.7 million video creations and earning 34 million streams on Spotify alone.

As the real world continues to increasingly resemble Freddie’s nightmarish fantasies, look for the artist to make an even bigger impact in the year’s second half with SUFFER.