The Rising Rapper Recruits E-40, Philthy Rich, and Others for a the Year’s Most Exhilarating Document of the New Detroit Rap Renaissance 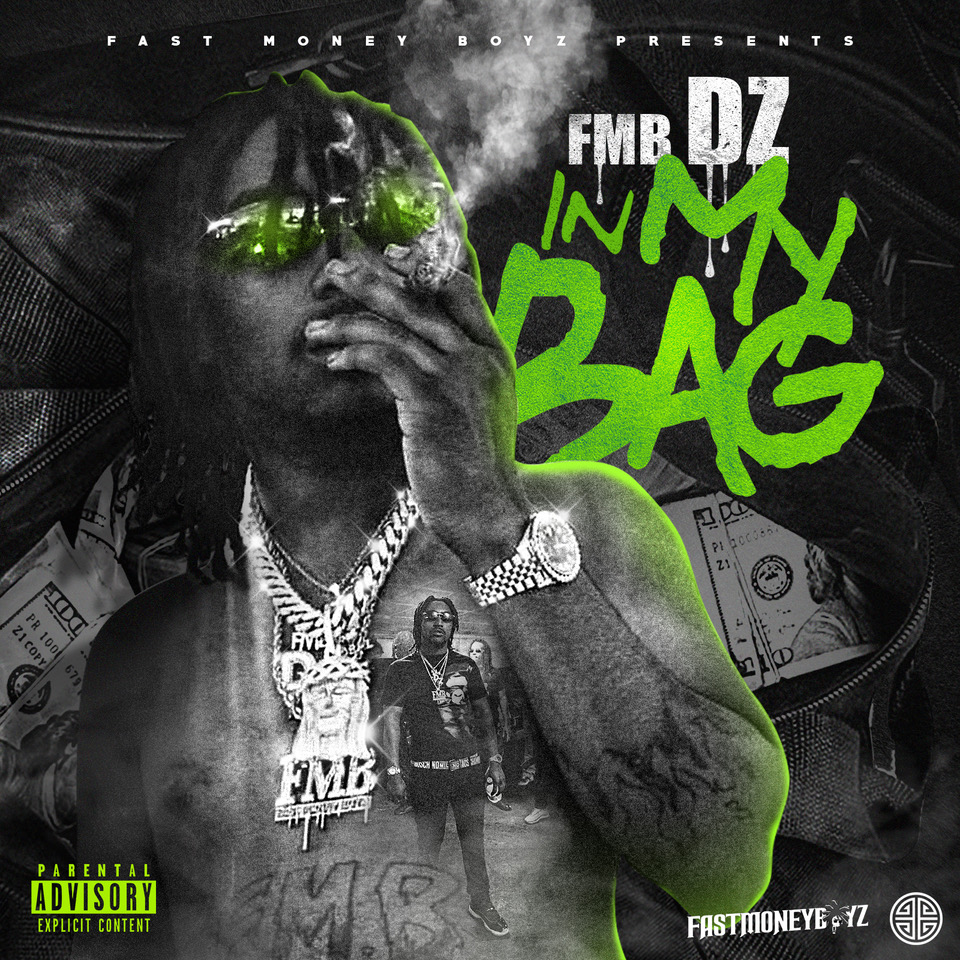 “Detroit is on the cusp of dominating the national hip-hop landscape like Atlanta once did, and FMB DZ is one of the city’s strongest talents” – HYPEBEAST

Rapidly stacking syllables atop whirling piano arpeggios, FMB DZ defines the new sound of Detroit. The culmination of years of grassroots momentum, FMB DZ shares In My Bag, his latest album. Gleefully illustrating the art of the hustle, DZ showcases a gritty lyrical realism and a full arsenal of flows on the tape, demonstrating how he became one of the most popular artists of any genre in his hometown. Rhyming over uptempo piano-led instrumentals from some of Detroit’s best beatmakers, DZ proves his worth as one of the finest songwriters in the Great Lakes region, detailing street tales with verve, wit, and craft. Featuring previously released tracks like the glistening and triumphant  “Fast Money,” premiered earlier this month by The FADER, “60 Seconds,” which The FADER named one of the Ten Best Rap Songs Right Now, and the HYPEBEAST-premiered, E-40-featuring party anthem “Lit,” In My Bag is a fast-paced headrush that optimizes DZ’s talents. Featuring appearances from E-40, Philthy Rich, Doughboy Clay, and La’Britney, In My Bag arrives via EMPIRE.

Buy/Stream In My Bag: https://Empire.lnk.to/InMyBag

Detroit is going through its latest Rap renaissance with a host of new talented voices emerging across a unified city. FMB DZ is quickly making a bid as one of Motown’s new leaders, with millions of views and listens in a short time. After a 2017 that witnessed three consecutive high-profile independent releases (I Ain’t Gone Lie, Washington DZ and lastly, The Gift), the rags-to-riches rapper is packing more powder in the cannon. With a new EMPIRE partnership, the FastMoneyBoyz Ent flagship artist is giving the fans more music to celebrate amidst his booming career.