Still relevant in his third decade in the rap game, E-40 is a living and working legend. Today, 40 announces a new line of merch, each article boasting the cover artwork from Practice Makes Paper, his upcoming album, releasing July 26th. Offering hoodies and t-shirts in two different colors, as well as a signed Practice Makes Paper CD, the new merch allows you to pledge allegiance to The Counselor in any climate. The merch is currently available to purchase at the Practice Makes Paper website.

The veteran rapper is currently making headlines and climbing airplay charts with “Chase The Money,” his new posse cut. Produced by rising sound architect ChaseTheMoney (who else?), “Chase The Money” is a haunting, bass-heavy banger and a rising summer smash. Enhanced by a two-part hook from Quavo and Roddy Ricch, “Chase The Money” is a perfect blend of old and new school, combining the melodic, triplet-heavy approaches of Ricch and Quavo with the eccentric tough-talk of ScHoolboy Q and A$AP Ferg, who all provide strong verses. The star of the show, however, is 40, who strings together some tongue-twisting bars in the song’s first verse: “Look at me b*tch, look at the way I carry myself/Look at the way I’m winnin’, look at this liquid around my neck, Look how they shimmerin’/Look at this strain I’m smokin’, look at this bottle I’m holdn’, look at my life/Look how I’m playin’ to feel like I’m rollin’ the dice up under casino lights.” With over 12 million YouTube views on the cinematic video and over 14 million global on-demand streams, including 5.5 million just last week, “Chase The Money” is one of the biggest event singles of 2019.

In addition to his legend status in the rap game, E-40 is a mogul in the world of adult beverages. His premium tequila, E Cuarenta, can be found at retailers across the West Coast, including Safeway, BevMo!, Total Wine & More, Save Mart, Albertson’s, FoodMaxx, Raley’s, Lucky Supermarkets, Costco, and more. 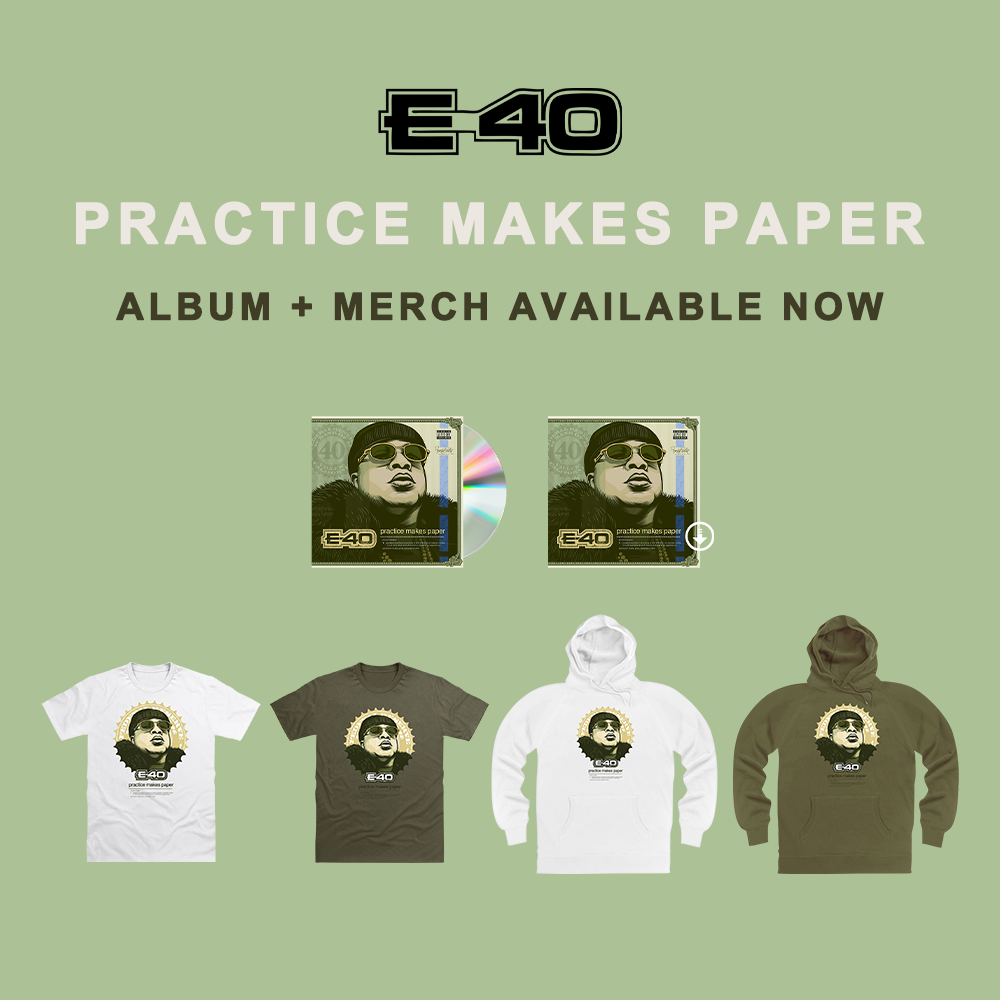 One of the most celebrated rappers of all time, E-40 has attained legendary status in hip-hop. Since making his debut with The Click almost 30 years ago and becoming one of the first West Coast rap artists to sign to a major label, his name has become synonymous with the independent music movement. E-40 has released 24 solo albums, become a platinum recording artist and collaborated with artists including Tupac, UGK, and Snoop Dogg. At age 48, E-40 is an anomaly in hip-hop, maintaining his relevance over a career that spans three decades. In the past few years alone, he’s been featured on several Billboard charts (“Choices,” Big Sean’s “IDFWU”, Ty Dolla $ign’s “Saved”), he’s earned an RIAA-certified Platinum plaque (“Choices”) and starred and had his 2006 smash hit “Tell Me When to Go” featured in a Beats By Dre commercial. Says E-40, “What’s happening at this point in my career defies logic. Name another 48-year-old rapper with one Gold record, let alone three in the same year. My fans stretch much further than the Bay Area, further than just the West Coast. I brought so much shit to hip-hop. I’ve been relevant in each generation and each decade and I’ve done it as an independent artist.”

E-40’s success extends beyond the music industry, most notably through his entrepreneurship in the adult beverages industry. His wine business, Earl Stevens Selections, distributes high-quality wine to stores across the country, including BevMo, Safeway, and local liquor stores. He has made inroads into the pre-mixed cocktail business with Sluricane, a signature bottled-mix named after his 1995 hit “Hurricane,” with The Click, which was the top-selling beverage at BevMo when it was first released. Most recently, E-40 announced E. Cuarenta, his new signature line of premium tequilas. E-40 released The Gift  Of Gab, his most recent album, in 2018. Stay tuned for Practice Makes Paper, coming this summer.