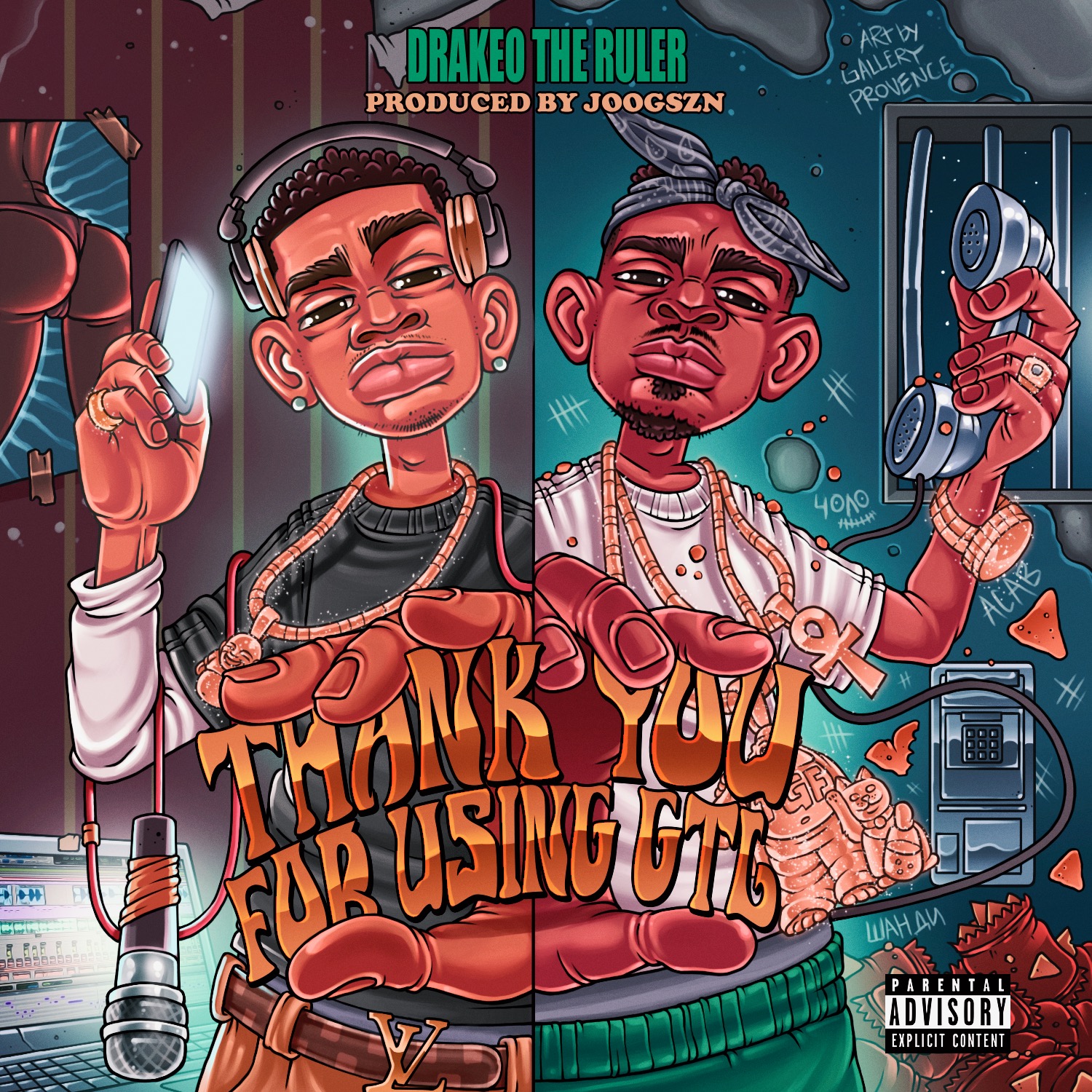 “It’s the long, hot summer of 2020 and the hardest album out is by an incarcerated rapper who recorded the whole thing over a prison phone. Meanwhile, protestors flood the streets by the millions with cries to abolish prisons and police as the crooked criminal justice system proves Black lives matter less and less in America. Call it irony. Call it tragedy. For Drakeo the Ruler, it’s flat-out reality.” – NPR Music

Drakeo The Ruler conjures a vivid world of intrigue and vice with his slang-heavy bars. Today, the unjustly incarcerated L.A. rhymer shares the official animated video for “GTA VI,” slyly commenting on the relationship between rap and reality. Animated and directed by Alessandro William of AX System, who expertly apes the computer graphics of the titular video game series, the video offers a vision of Los Angeles dominated by brutal police officers and larger-than-life criminals. Throughout the clip, a CGI version of Drakeo racks up a sky high wanted level, showing off his collection of foreigns, testifying at his trial, and opening fire at an army of police officers.

“GTA VI” is a highlight track from Thank You For Using GTL, Drakeo’s rapturously acclaimed new album. Recorded over the phone from Men’s Central Jail in Los Angeles, where Drakeo is currently awaiting trial, Thank You For Using GTL earned a “Best New Music” designation from Pitchfork, inspired The Washington Post to call it “the most urgent rap album of 2020,” and made NPR Music‘s list of its 25 Favorite Albums of 2020 (So Far).

Though the rapper was acquitted of charges last summer after a long and grueling trial, the Los Angeles district attorney’s office took advantage of a hung jury to declare a re-trial, effectively imprisoning Drakeo for crimes for which he was already cleared. Thumbing his nose at the racist system with an attempt to prove the differences between rap and reality (how could Drakeo do what he’s saying in his rhymes if he’s in jail?), Drakeo enlisted the assistance of JoogSzn, who recorded and produced all the tracks over 36 hours, over a period of two weeks. The Washington Post recently spotlighted Drakeo and his case, particularly the prosecution’s reliance on music videos and lyrics as evidence in the absence of corroborating facts, in an episode of Post Reports, their daily news podcast.

His first full project of new material since 2017’s Cold Devil, Thank You For Using GTL re-establishes The Ruler as one of rap music’s most innovative stylists. With his signature behind-the-beat and soft-spoken snarl, Drakeo slings his slang, laments the loss of his favorite department stores, and takes aim at snitches and fakes. Packed with frequent interjections from exploitive prison communications company Global Tel Link, the album features the effortlessly fly single “Backflip Or Sumn,“ which Pitchfork named a Best New Track. Featuring appearances from ALLBLACK, Rio Da Young OG, Lil 9, and a verse from the project’s producer/engineer JoogSzn (interviewed in a recent article for Pitchfork), Thank You For Using GTL is available to stream everywhere.

Check out Drakeo’s recent interviews with The Washington Post and Complex.

Drakeo The Ruler & JOOGSZN – Thank You For Using GTL tracklist: