The Cleveland Trapper Shows Off His Bars in a Bouncy New Single, Released in the Wake of the 88 Birdz Mixtape 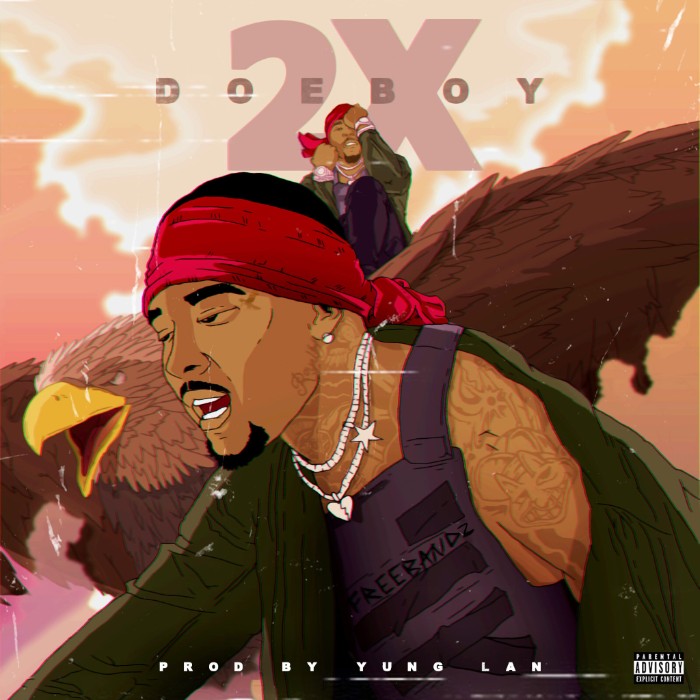 A Cleveland rapper with more trap connections than most ATLiens, Freebandz affiliate Doe Boy wins fans with his smooth flow and colorful personality. Traveling from the trap to the club, Doe Boy shares “2x,” his latest single. Niftily sliding his flow between producer Yung Lan‘s bouncing bassline and chiming bells, Doe Boy channels Jimmy Two-Times, a memorable bit character from the Martin Scorsese classic Goodfellas, doubling the final word of each bar, transforming each line into a hook: “Say I ain’t that n****a, oh you sleep-sleep?/Oh you sweet-sweet?, my shooters gon’ eat-eat.” “2X” follows the kinetic video for “2 Smoove” and the block-busting clip for “Ain’t No Love,” each singles from 88 Birdz, Doe Boy’s latest mixtape.

Executive produced by Young Thug, who appears on the Billboard-premiered “Slimey As It Get,” 88 Birdz is a showcase for Doe Boy’s hypnotic flows and understated bars, as he rhymes about his troubled childhood, his recent prison stay, and his aspirations to reach the upper echelons of the rap game. Packed with slithery beats from ATL superproducer TM88 of 808 Mafia (Lil Uzi Vert’s “XO Tour Llif3,” Future’s “Codeine Crazy”), with co-production from the likes of Zaytoven, 88 Birdz shows Doe Boy at his full potential, deftly illustrating why he is your favorite rapper’s favorite rapper. Featuring two appearances from Future and Young Thug, plus appearances from Juicy J and Moneybagg Yo, 88 Birdz is one of the year’s most enjoyable trap efforts.

“Slimey As It Get” ft. Young Thug: https://soundcloud.com/doeboyfbg/doe-boy-young-thug-slimey-as-it-get-prod-by-tm88/s-Kl21K