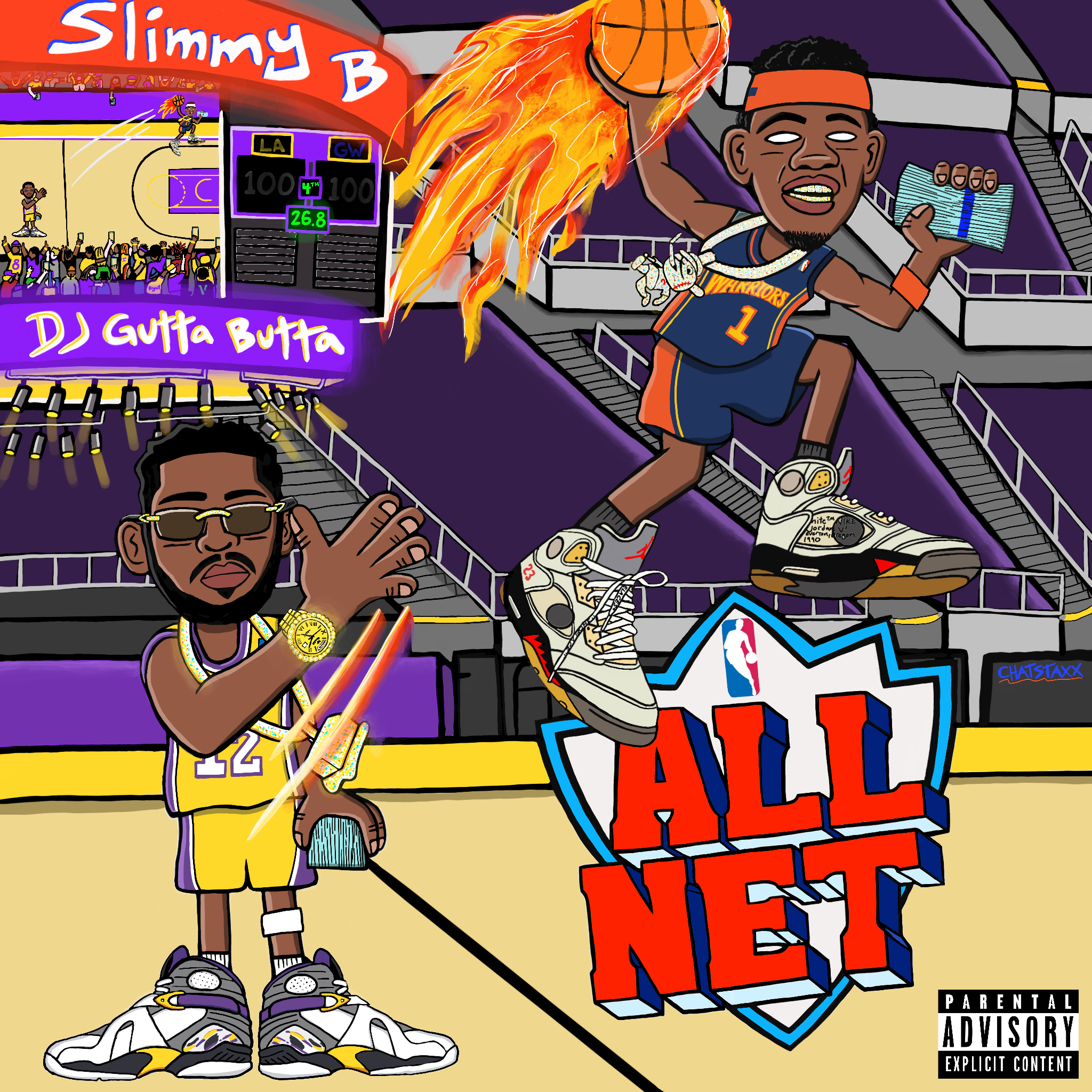 Mainstays in the Oakland rap scene, DJ Gutta Butta and Slimmy B are on a mission to deliver the Bay Area’s sharpest slaps. Today, the producer/DJ and the former SOB x RBE rapper announce All Net, a collaborative EP, coming soon. Spanning 6 tracks, the upcoming EP brings together some of the rawest figures in street rap, allowing them to talk their smack over glistening mob instrumentals. A&Red and put together by Gutta Butta, the All Net EP has the feel of a pickup basketball game, where all the neighborhood’s best players show up to strut their stuff. Though Slimmy loves the Warriors and Gutta Butta is a die hard Lakers fan, . Featuring appearances from Icewear Vezzo, DaBoii, Lil Bean, BandGang Lonnie Bands, MBNel, and more, All Net arrives on September 3rd.

Along with the announcement of the EP, Gutta Butta and Slimmy B share “Sh*t Talking,” a new song and music video featuring Detroit Drank God Icewear Vezzo. An incendiary connection between the D and the Bay, “Sh*t Talking” gets its power from the contrast between Slimmy’s high-energy rasp and Vezzo’s deadpan drawl. Produced by BeatsBySav, the song is packed with disrespectful bars from both emcees: “Slidin’ in that Benz, I be everywhere I can’t go,” says Slimmy, and Vezzo spits, “Set that Drakey on my shoulder, broke my collarbone.” The video is a raucous glimpse into the life of the two rappers, who stunt backstage during a Icewear Vezzo’s sold out show in the Bay.

A renaissance man with ventures in many aspects of the music industry, Vallejo native DJ Gutta Butta a crucial role in the Bay Area rap scene. Known for his signature #YesYes DJ drop, he’s most prominently a DJ and mixtape host, using his connections to put together tapes for artists like Benny and Salsalino, generating millions of streams and getting radio spins on KMEL for hits like Benny’s “Weekend.” He’s also an experienced concert promoter, putting on shows in the Bay for artists like Nef The Pharaoh, Cuban Doll, Icewear Vezzo, and OMB Peezy. When he’s not making moves in the music world, Gutta Butta spends his time breeding American and French bulldogs.

Gutta Butta first connected with Slimmy B for the 2017 single “U Ain’t Ready,” a local favorite slap in the Bay, and they’ve been friends ever since. With All Net, the DJ/rapper duo looks to make waves in the Bay and beyond. 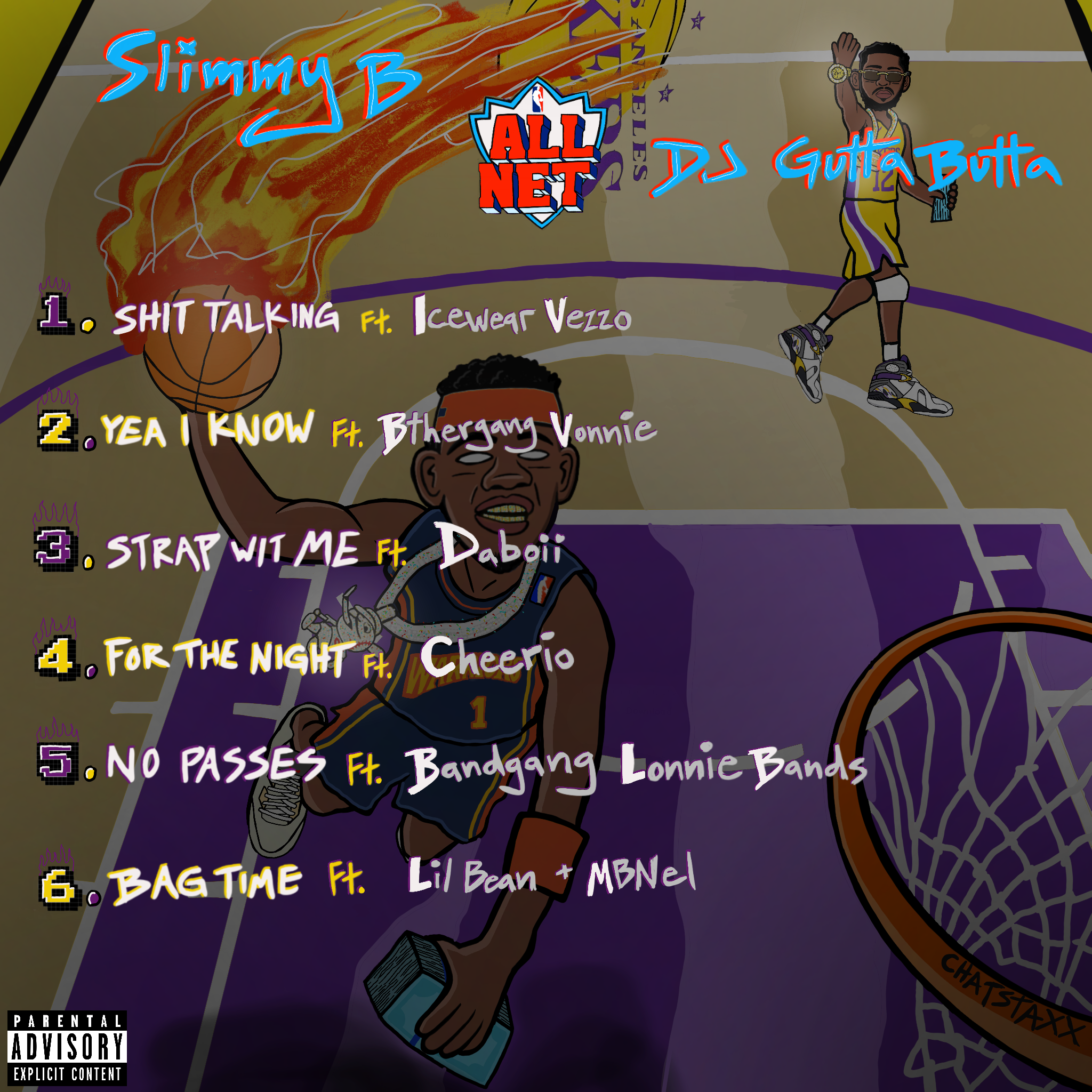