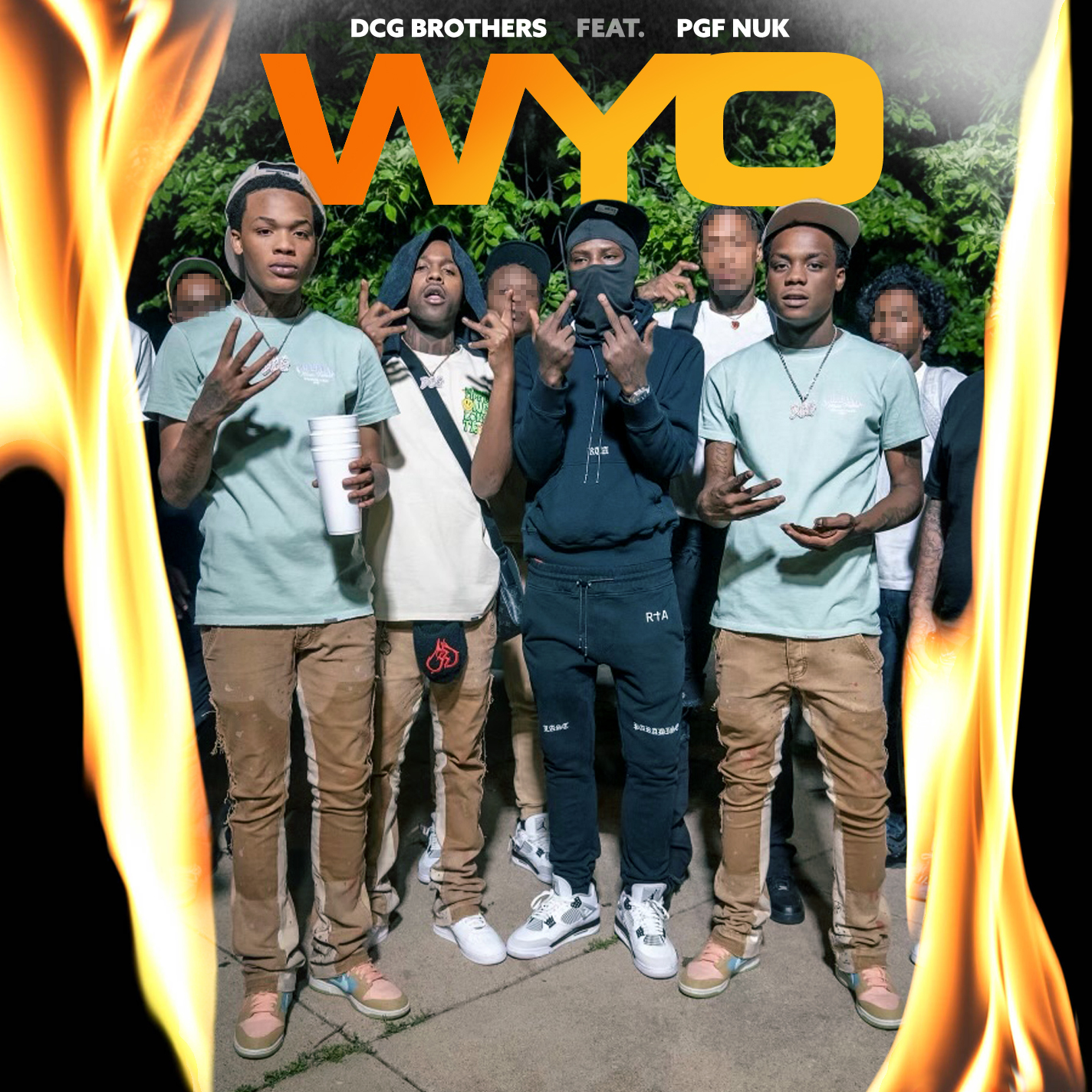 Chicago rhymers DCG Brothers make fun and boisterous drill music that entertains even as it doesn’t shy away from the gritty realities of South Side living. Expanding from a duo to a trio with the addition of heatseeking Chitown rapper PGF Nuk, DCG Shun and DCG BSavv share “WYO,” a brand new single. The three rappers run roughshod over an ominously bouncy piano-led instrumental–Nuk shines on the hook with a snarling warning (and the most terrifying utterance of the word “buddy” in rap history), while Shun and BSavv deliver the playful boasts and assonant tough talk for which they’re known: “My opps be gangstas through a microphone,” intones BSavv.

Filmed at Lyrical Lemonade’s Summer Smash this summer and featuring a cameo from a very happy-looking Cole Bennett, the No More Heroes-directed clip for “WYO” is a triumphant celebration of the new generation of Chicago rappers–they’ll uncork an effortless 16 and then stomp an opp with a smiles on their faces. Releasing today at 5pm ET/4pm CT, “WYO” follows on the heels of “Get Money,” a collaboration with Los Angeles rapper MoneySign $uede.

Earlier this year, the DCG Brothers shared Jungle Life, an accomplished, 14-track mixtape that established the duo as one of the most exciting acts in their hometown. Home to the hit single “Stomp,” featuring Chicago legend G Herbo (1.5 million YouTube views), Jungle Life takes a raw, unfiltered look at the group’s home neighborhood, while showcasing the percolating chemistry that helped them escape their circumstances. “Growing up in a real jungle around savage and seeing crazy things, basically meeting different types of people and associating them with animals,” say the DCG BROTHERS. “RATS, SNAKES, GORILLAS, & EVERYDAY IT’S A SURVIVAL IN THE JUNGLE.” Featuring additional appearances from BIG30, B-Lovee, and frequent collaborator Msavv, Jungle Life is available everywhere via No More Heroes/Atlantic Records.