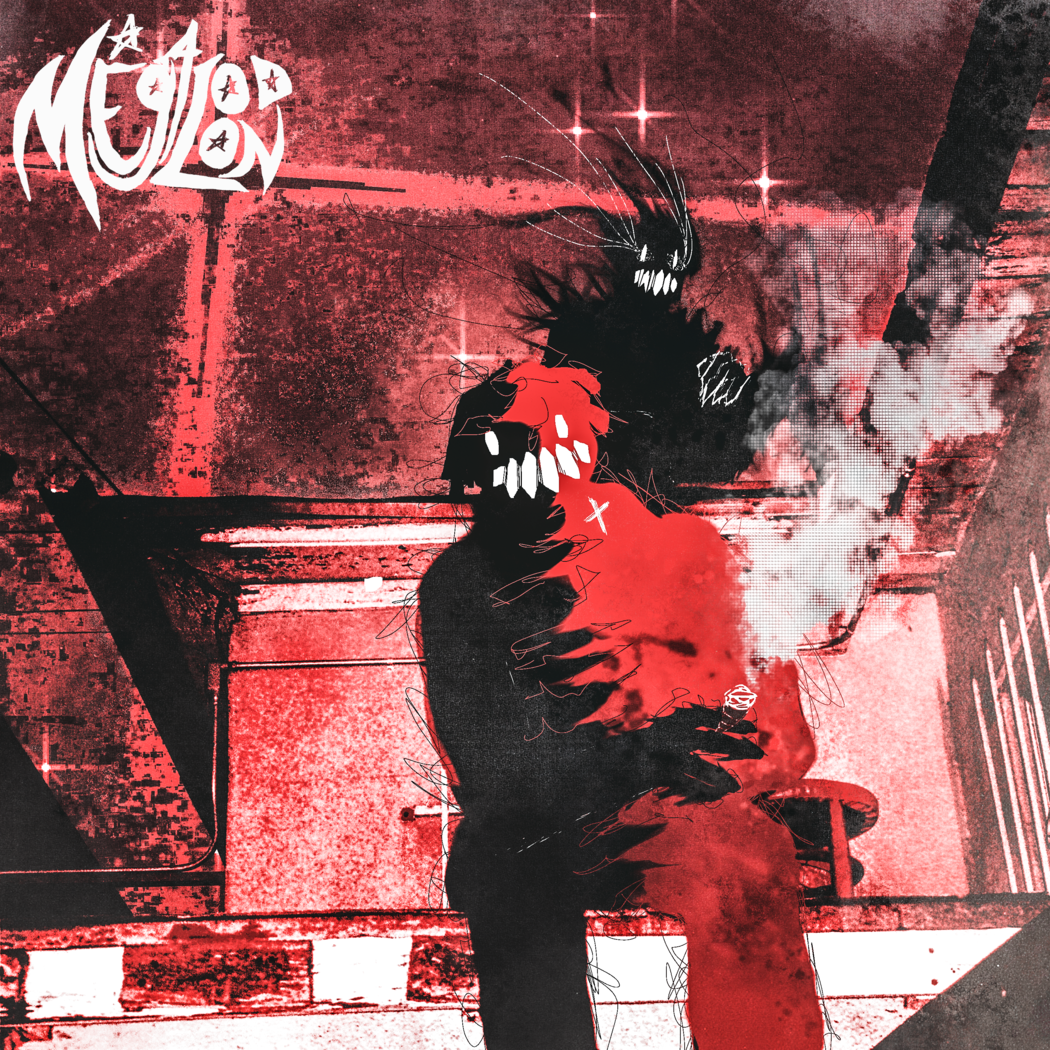 DC The Don might be a wide-ranging talent who incorporates many disparate sounds into his brand of hip-hop, but he can flat-out spit when he wants to. Stalking his prey with a snarling flow, DC shares “Megalodon,” his latest video single. Powered by ominous organs from producer Astroboy–a frequent collaborator who also produced DC’s fan-favorite single “WORST DAY : (“–”Megalodon” finds DC in apex predator mode, as he organizes furious flexes into a SoundCloud-friendly triplet flow: “Who that knockin’ on my f*ckin door, mane/F*ck that let the bodies hit the floor then/CJ, where the f*ck is the dope man/EA, pass the ball b*tch I’m open.” Directed by Cobian, the new music video has a color palette that matches DC’s red and black dreads, as the Milwaukee gathers a crew and energetically performs his song.

“Megalodon” immediately follows the song and video for “Ghost Rider,” and the juxtaposition between the two wildly different songs proves DC The Don’s versatility. While “Megalodon” indulges in DC’s dark side and takes inspiration from trap music, “Ghost Rider” finds the rapper showing off soaring vocals over emo-influenced guitars, and the video pays tribute to the classic film The Sandlot. Both “Ghost Rider” and “Megalodon” will appear on DC’s upcoming second album, which explores the conflicting and cooperating sides of his personality.

The 21-year-old rapper had a successful 2020, marked by his debut album Come As You Are and its deluxe edition. With more than 75 million streams across platforms, Come As You Are emphasizes the importance of being authentic to your creative self. The album was home to DC’s buzzing single “WORST DAY : (“ (12 million total streams), as well as standout ragers like “Wait Your Turn,” “NASCAR RACER,” and “Campfire Story.” Featuring production from Supah Mario, Trademark, SephGotTheWaves, and more, Come As You Are (Deluxe) is available everywhere via Rostrum Records.

DC The Don is currently putting the finishing touches on his second album, set to release later this year via Rostrum Records. Stay tuned for much more music from the 21-year-old multi-talent in the weeks to come.

DC The Don is a rapper from Milwaukee, WI. In 2016, at the age of 16 and standing 6’7”, DC moved to Los Angeles to pursue a basketball career under Lavar Ball and alongside teammate LaMelo Ball. During this time, he fell in love with music and used his spare time to make experimental records which suddenly gained traction – As the public became increasingly aware of DC The Don’s talent for rapping, NBA player Lonzo Ball featured his song “Everything 1k” on the first Big Baller Brand shoe commercial, introducing DC The Don’s music to an even wider audience. DC signed to Rostrum Records in 2020, releasing his debut album Come As You Are on August 7th, generating over 75 million streams across platforms.