A prolific and well-respected rapper with a career spanning 25 years, Daz Dillinger has collaborated with every major rapper on the West Coast. Daz began his career as a producer, working as an in-house beatmaker for Death Row Records, closely collaborating with Dr. Dre on The Chronic andDoggystyle, lending his rapping chops to classics like “Deez Nuts,” “Murder Was The Case,” “Bitches Ain’t Shit,” “For All My N*ggas and Bitches,” “Doggy Dogg World,” and others. In 1993, Daz formed Tha Dogg Pound with Kurupt, developing a legendary reputation collaborating with Snoop, Ice Cube, and many others, and earning a hit with 1995’s “Let’s Play House.” Though he continued to thrive with Tha Dogg Pound, Daz made his name as a singles artist in the new millennium, releasing 15 studio albums and building a cult following. Most recently, Daz collaborated for a full-length with Kurupt for a Dogg Pound record on 2014’s Dillinger & Young Gotti, and chopped it up with Snoop on 2016’s Cuzznz.

To accompany the album announcement, Daz shares “N****z Know,” a cinematic slapper from the upcoming album. Loudly and proudly affirming his Crip affiliation, Daz sounds perfectly at home over the beat, gruffly barking threats and showing us how he lives over a rich, mutating G-Funk instrumental. “N****z Know” features an appearance from fellow Crip and rising L.A. street star G Perico, who describes his gang loyalties and his rough childhood over the hard-hitting, club-ready bass. 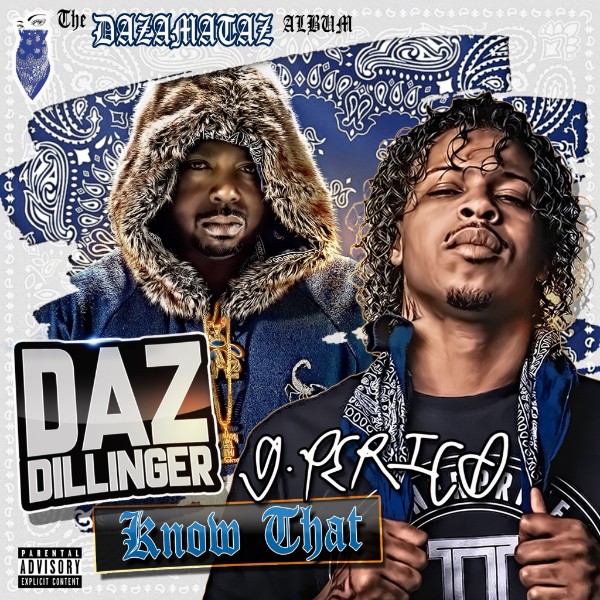