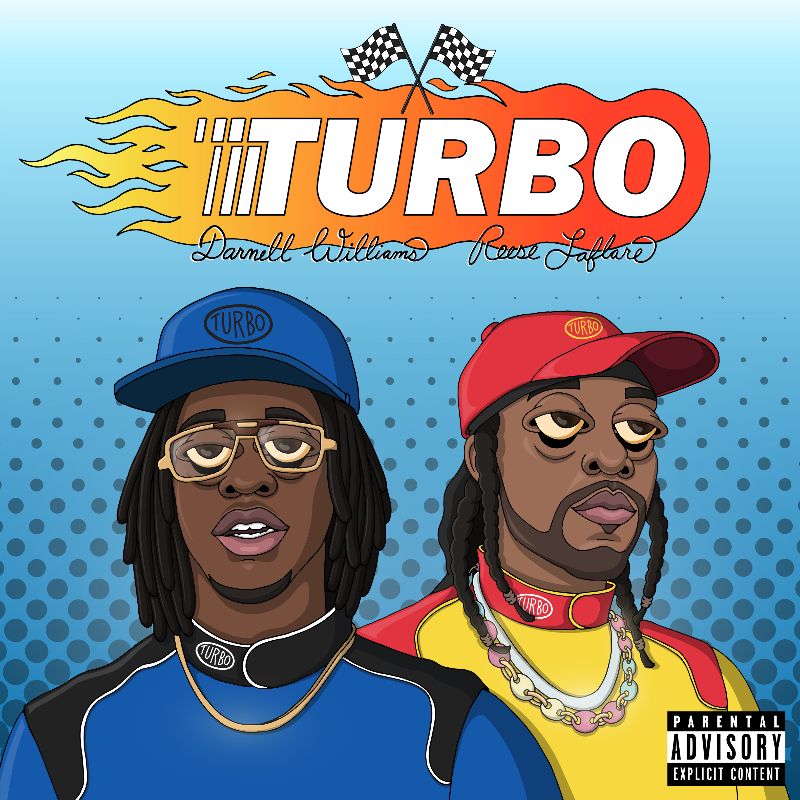 “For some newcomers, it’s hard to ever break out. For Darnell Williams, a rapper and director from Los Angeles, breaking out will not be hard, but inevitable.” – Hillydilly

“Combining his ability to direct and edit with powerful lyrics and a commanding delivery, Williams gives us an honest look at what he’s been going through the past few years.” – Pigeons & Planes

“Darnell Williams is ready for the spotlight.” – XXL

Skillfully pairing tight rhymes with a keen visual aesthetic, Darnell Williams serves up an evil slice of bass-heavy trap with “Turbo,” his latest track. Dominated by booming, subterranean bass, “Turbo” is a banger built for overdriven club speakers. Skating above skittering hi-hats, Darnell and Reese LAFLAREboast about their formidable bankrolls and their prowess with the opposite sex: “100, 200, fuck it throw a thou/Everybody gettin’ paid, broke n****s gettin’ out/When I walk up to the stage, bitch’s booty crack a smile/If you didn’t know the name, bet that ass know me now.” Released along with a slick lyric video, “Turbo” follows the bombastic and sardonic “Fuck Hollywood,” Darnell’s latest self-directed music video, which Complex premiered in late January.

Born and raised in Detroit, Michigan, Darnell Williams started his career as an acclaimed music video director. As an early member of video collective illRoots, Darnell directed and produced videos for the likes of Big Sean and Mac Miller. In 2013, Darnell left illRoots to pursue his dreams of being an artist, which often left him homeless, sleeping on couches in South Central L.A. in pursuit of it. After a few short years, Darnell’s music has earned the praise from the likes of XXL and Pigeons and Planes, garnered co-signs from Travis Scott and Chance The Rapper, and scored a placement in the credits of an episode of HBO’s Silicon Valley for his electro-rap banger “Blown.” In 2018, Darnell made waves with the ELEVATOR-premiered video for “Porno,” featuring an appearance from Elohim, which showcased Darnell’s mastery of visuals and sharp sense of humor. Now signed to 12 Tone Music, Darnell Williams prepares to take over the world this year. Stay tuned.