The Prolific Emcee Flashes His Slick Lyricism On His Upcoming 10-Track Project, Which Features Larry June and Production from Harry Fraud, DjFresh, and More 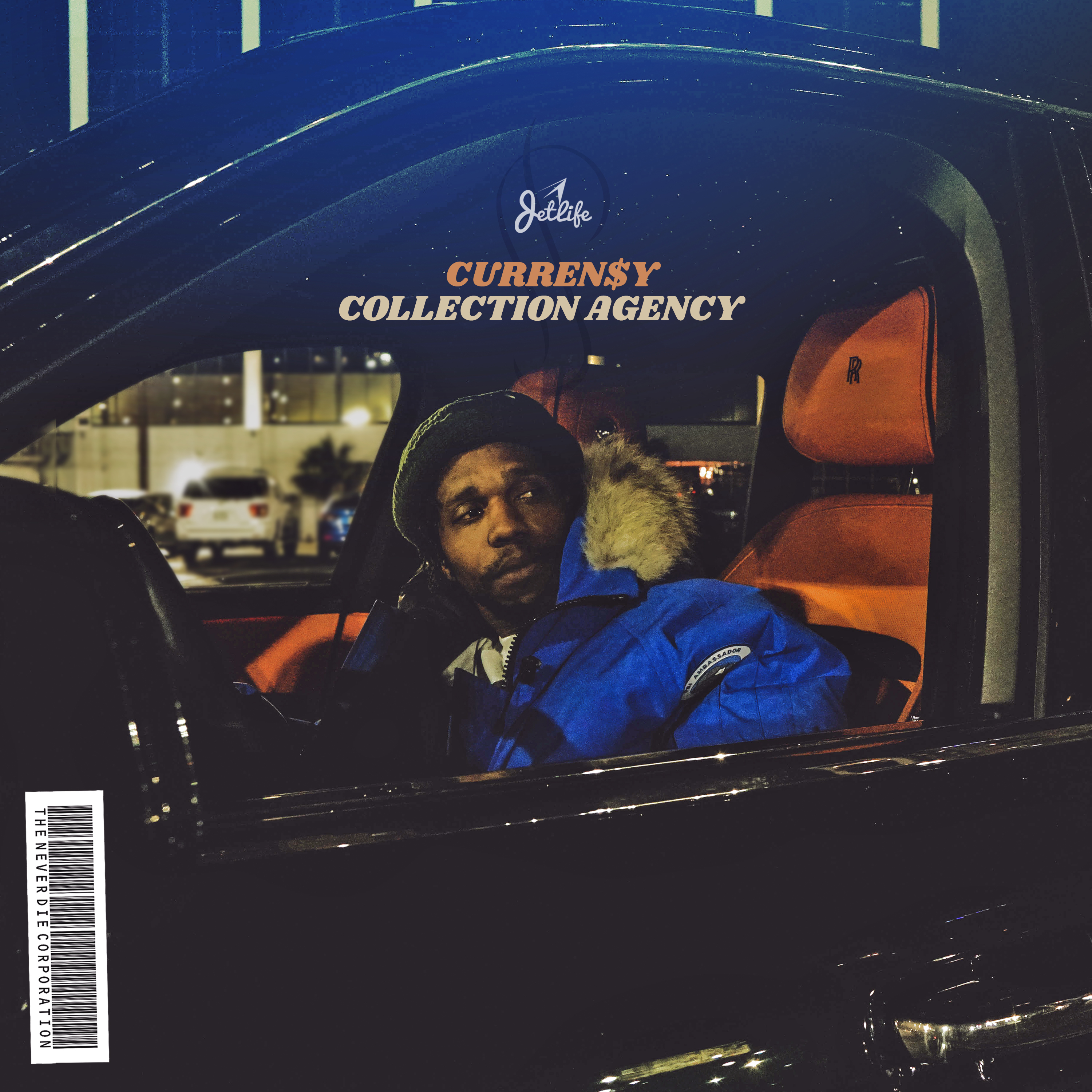 “Curren$y’s sharpened pen and deft wordplay will quiet the doubters. His influence was evident then, and it’s irrefutable now.” – Rolling Stone

Known for his prolific output and exquisite taste, Curren$y is one of rap music’s hardest workers. Preparing the newest project in his remarkable–and remarkably consistent–career, Spitta announces Collection Agency, an upcoming 10-track tape. Packed with the hazy production and detailed luxury life rhymes that have been thrilling Curren$y fans for over a decade, Collection Agency finds the New Orleans native in his bag, spinning witticisms about his triplet passions of women, weed, and muscle cars. Collection Agency boasts sleek and sumptuous sonic palette, reflecting the smooth sensibility of Curren$y’s beloved ’80s electro-funk and R&B. Highlights from the tape include “I Don’t Call,” in which the rapper brags about getting bands in a pandemic, the late-night saxophone-drenched “Jermaine Dupri,” and “Shout Out,“ which features Curren$y’s kindred spirit Larry June. With production from Harry Fraud, Dj.fresh, Jet Lifer Trauma Tone, and more, Collection Agency arrives on February 26th via Jet Life Recordings/EMPIRE.

Along with the pre-order of Collection Agency, Curren$y officially releases his new single “Kush Through The Sunroof” to DSPs. With an evocative title that proves Spitta’s unparalleled ability to paint a picture with his words, the Trauma Tone-produced “Kush Through The Sunroof” finds the rapper reminiscing on his come-up, noting that he worked hard to build the loyal fanbase and strong business that he has: “Real walker in the game/But first I had to crawl in it/Buckle down, did my thing, the game brought out the dog in me/The way I look at it, they all enemies/I took it back to my old energy.” In the video, shot and edited by Yusef Pozo, a chain-adorned Spitta kicks back with a beautiful woman to watch car showcase videos and listen to records (most notably, Marvin Gaye’s classic What’s Going On). “Kush Through The Sunroof” followed-up “Misty,” the Collection Agency closing track, which hit the internet earlier this month.

Collection Agency is set to be Curren$y’s first new project of 2021, following a yet another busy year for the veteran rapper. In 2020, the uncountably prolific rapper released 4 full-length projects and multiple EPs, each with a different set of collaborators. He kicked off the year with The Tonite Show With Curren$y, an entry into Dj.fresh’s renowned series of mixtapes, before keeping the momentum up with the Cardo Got Wingz-produced Green Tape EP,Smokin’ Potnas, a collaborative effort with his Jet Life associate Fendi P, and Spring Clean, a 10-track project with 808 Mafia producer Fuse.The second half of 2020 brought TheOutRunners, a Harry Fraud-produced effort that earned coverage from Consequence Of Sound, HYPEBEAST, REVOLT,  and more. The Jet Life CEO ended the year with Welcome To Jet Life Recordings, a label showcase that featured contributions from signees like T.Y., Black Cobain, and more.

Watch “Kush Through The Sunroof”: https://www.youtube.com/watch?v=8ts0B9FuDqc

Buy/Stream “Kush Through The Sunroof”: https://music.empi.re/kushthroughthesunroof 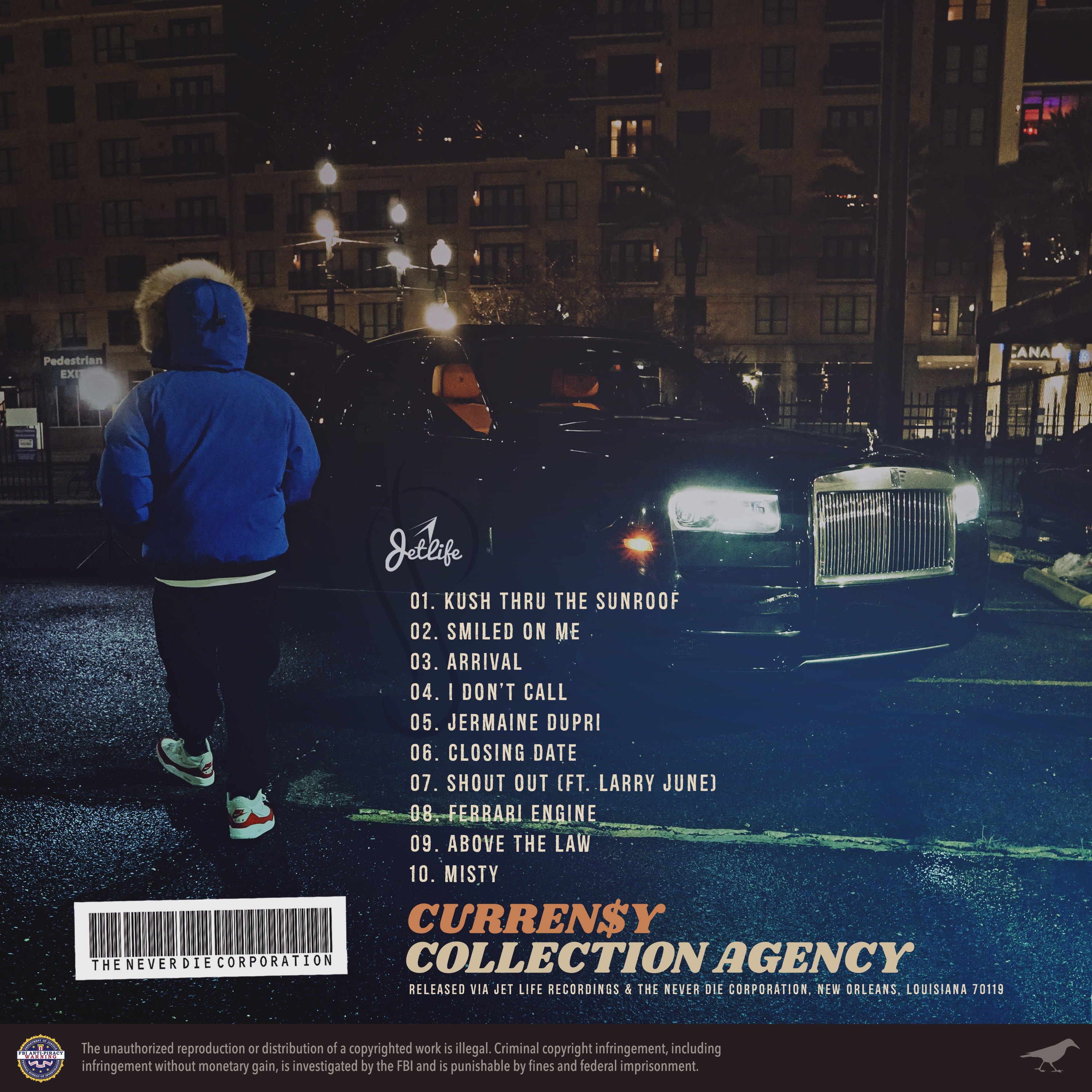 “Kush Through The Sunroof”: https://www.youtube.com/watch?v=8ts0B9FuDqc