The L.A. Rapper Kicks Off His Tour as He Shares an Endearing Clip for a Highlight from Effected

Pioneering his own an introspective and brash brand of West Coast rap, Cozz is on a steady rise to the top of the rap game. Disrupting a local talk show with his grounded honesty, Cozz loudly proclaims his individuality on “Bout It,” his latest video. Boasting a vibrant guest appearance from rap-n-b riser Garren, “Bout It” is a soulful manifesto, stressing the importance of keeping it real as you grow more successful: “Actin’ like you showin’ love, but I doubt it/By these snakes, I’m surrounded/And I really feel some type of way about it/I never crack, always stay grounded/But I know you not a thousand/And I really feel some type of way about it.” In the video, the Dreamville emcee deals with fame-hungry wannabes, disgruntled TV executives, and star-struck fans as he navigates his newfound celebrity.

“Bout It” is a highlight from February’s  Effected (Dreamville/Interscope Records), which features A-list collaborations with Kendrick Lamar, J. Cole, and Curren$y. The new video arrives just in time for Cozz’s Effected Tour, which started in Atlanta over the weekend. Spanning 16 dates through late May and early June, the Effected Tour will make its way through dates in Toronto, Chicago, DC, Philadelphia, and NYC, before heading to the West Coast and culminating in a hometown show in Los Angeles on June 10th. After opening for labelmates J. Cole and Bas on nationwide tours in the past half-decade, Effected Tour is Cozz’s second headlining tour, following a tour in 2017. Earlier this month, Cozz wowed the festival crowd at Rolling Loud Miami. 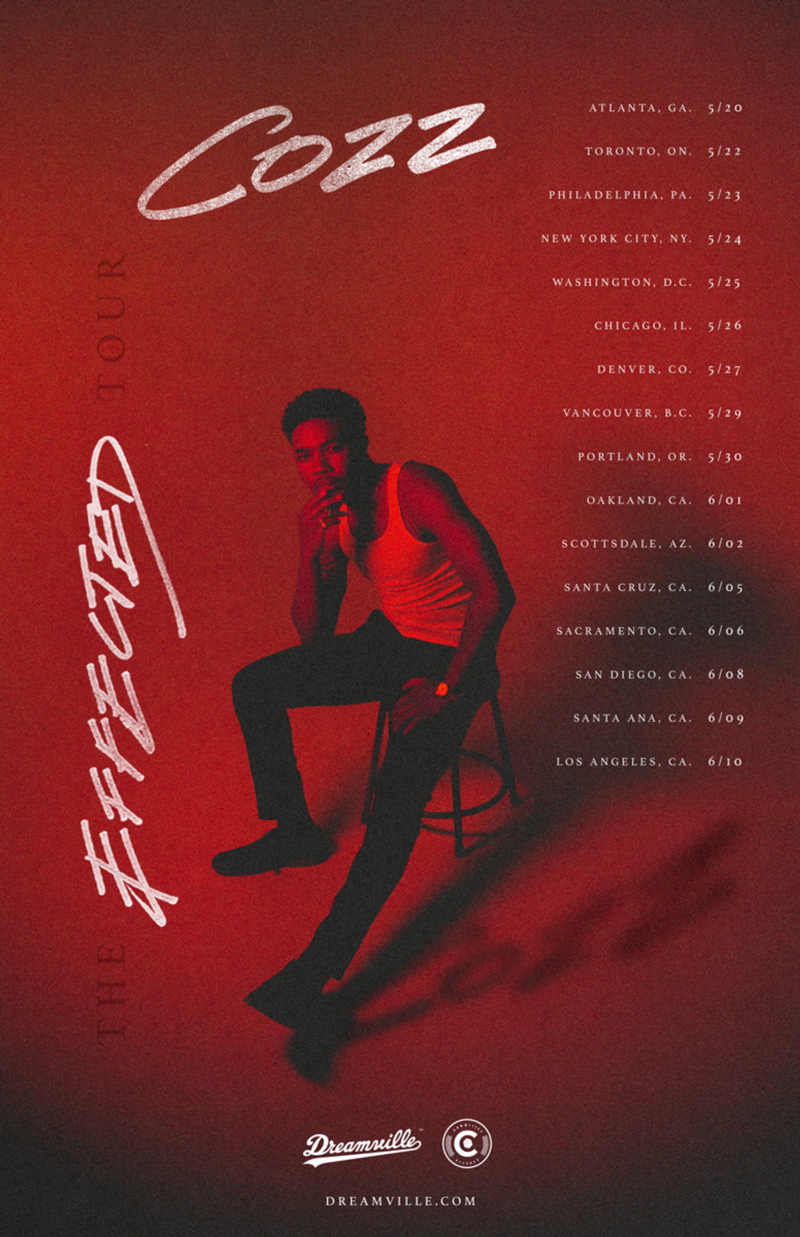