The Blytheville, Arkansas Rising Star Flexes His Multicolor Audemar In a Hard-Hitting Video 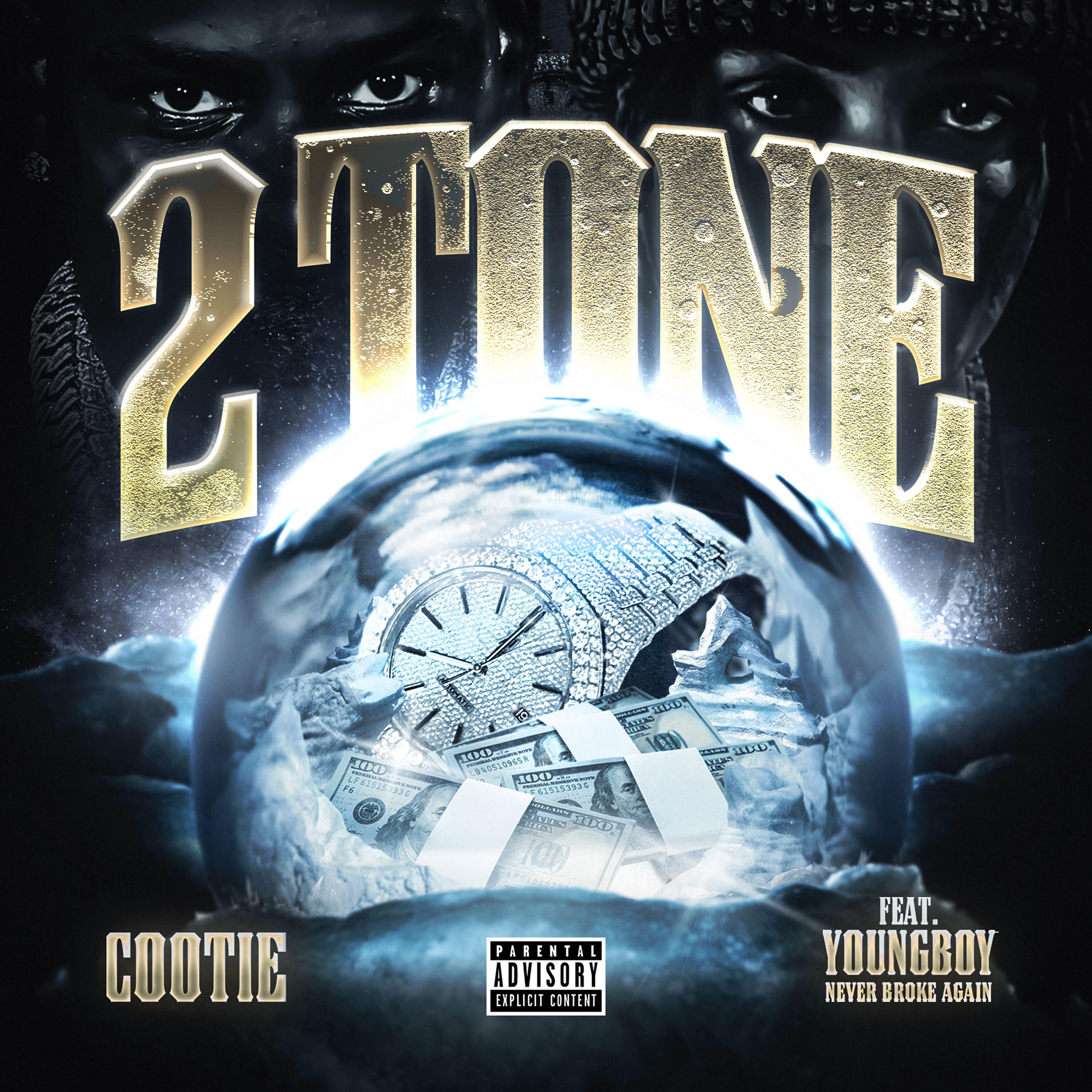 “Cootie caught my attention again with Welcome to the Trap, a mixtape he released last week..” – Pitchfork

“Similar to the Memphis star [Project Pat], Cootie raps in a way that makes every line feel like it should be chanted by a football team gathered in a huddle.” – Pitchfork

With a booming bass voice that adds gravitas to every trap tale, rising rapper Cootie is putting his hometown of Blytheville, Arkansas on the map. Today, the Dirty South stepper teams up with YoungBoy Never Broke Again for “2Tone,” a new video single. Toe-tagging a spritely piano-led instrumental, Cootie nimbly  barrels through the track like an NFL running back, his booming-voiced charisma on display, flaunting his iced-out wrists and capo credentials: “Plug get the pack to the front door for me/That’s the only time you’ll ever hear Cootie say please.” YoungBoy’s drawly melodies provide a perfect complement to Cootie’s commanding cadence.

“2Tone” arrives with a high-tech new visual featuring both rappers. Directed by Teedray, the video takes inspiration from Cootie’s ice talk, the water on his wrist transforming his surroundings into an open sea. Cootie performs his verse as a perfectly-manicured model tinkles the ivories, and YoungBoy drops by for a verse of his own. “2Tone” is the first step on the road to In Trap We Trust, Cootie’s next mixtape, due later this year via R.T.N./Artist Partner Group.

Hailing from a city in Arkansas just one hour North of Memphis via I-55, Cootie is leading a new wave of high-octane trap music. The 22-year-old artist caught momentum last year with his own hits and collaborations with rapper BiC Fizzle. The two close collaborators connected for the street hit “Supa Fly,” generating over 2 million YouTube views and catching the attention of Gucci Mane, who collaborated with Cootie and Fizzle on “TrapMania.” Cootie kept the party going in early 2022 with his debut mixtape Welcome To The Trap, earning plaudits from Pitchfork for its “blunt trap tales.”

With the respect of trap titans and much higher to rise, Cootie looks to be the next breakout star from the bottom of the map. Stay tuned for the upcoming In Trap We Trust mixtape and much more.

There’s a new kind of movement brewing out of Blytheville, Arkansas and emerging rapper Cootie, is unquestionably leading that charge. Over the last year, he’s made a name for himself online with the viral release of his song “Supa Fly,” featuring friend and fellow AK rapper, BiC Fizzle. Cootie’s distinct vocal styling and hard-hitting flow quickly won over the ears of industry heavyweights like Cool N Dre and garnered major praise from the likes of 1017 CEO/Atlantic Records recording artist, Gucci Mane.

In early 2022, Cootie released his first full length installment Welcome to the Trap, which received a nod from Pitchfork and peaked Top 50 on Apple’s charts in all genres. The debut mixtape featured standout tracks like “Flip”, “Brixx” and contributions from the likes of CMG’s Big30 and 1017’s, Big Scarr.