Fresh Off Receiving a Gold Plaque for His Single “Walk,” Comethazine’s Stunting Transcends the Physical Plane in a New Visual Off Bawskee 2

Bursting onto the scene with ferocious bite-sized bangers, Comethazine is the new generation’s most consistent source of slaps. Finding the perfect visual accompaniment for Comethazine’s chaotic and hard-hitting trap sound, the Alamo/Interscope signee shares “Nonsense,” his latest music video. Barely clocking-in at over 1 minute long, “Nonsense” is a frenzied banger, complete with carnival organ, plinking synths, and earth-shaking bass, as Comethazine delivers highly-energetic bars: “Bitch, miss me with that nonsense, you broke, got nine cents/I ball hard like Dennis Rodman, no lyin’.” In the video, Comethazine escapes an interaction with the police by transforming into a green, ghostly super villain, phasing through New York City streets to indulge in a hedonistic rendezvous with devilish models. With over 10 million streams on Spotify, “Nonsense” is a highlight from Bawskee 2, Comethazine’s recent album.

With over 50k album equivalent units in sales, Bawskee 2 refines and expands Comethazine’s winning formula, building hooks around witty boasts and snarling delivery: “First name Benjamin, last name Counter/Pull up with this motherfuckin’ tec, fuck a bouncer.” Complementing his neon aesthetic with distorted and alien production from the likes of Divanand, Trillogy, Nyombo, and others, Bawskee 2 is a tour-de-force of aggressive and succinct rhyming, designed to make you punch through the roof of your car.

Crescendoing in grassroots popularity since its release in 2018, Comethazine’s breakout hit “Walk” recently earned a GOLD certification from the RIAA. Dominated by woozy synths and booming bass, “Walk” is 96 seconds of outrageous confidence, aggressive boasts, and irresistible attitude. With prominent placement in Spotify playlists like Clout Culture and Most Necessary and with a popular, Cole Bennett-directed music video, “Walk” racked up over 131 million streams on all platforms. Garnering 300k streams per day on Spotify, and with a new remix featuring A$AP Rocky, “Walk” is only the beginning for Comethazine.

Says Comethazine, “It feels good to have made it this far and to go Gold with no features. It’s all for the fans. Bawskee 3.5 is on the way.” 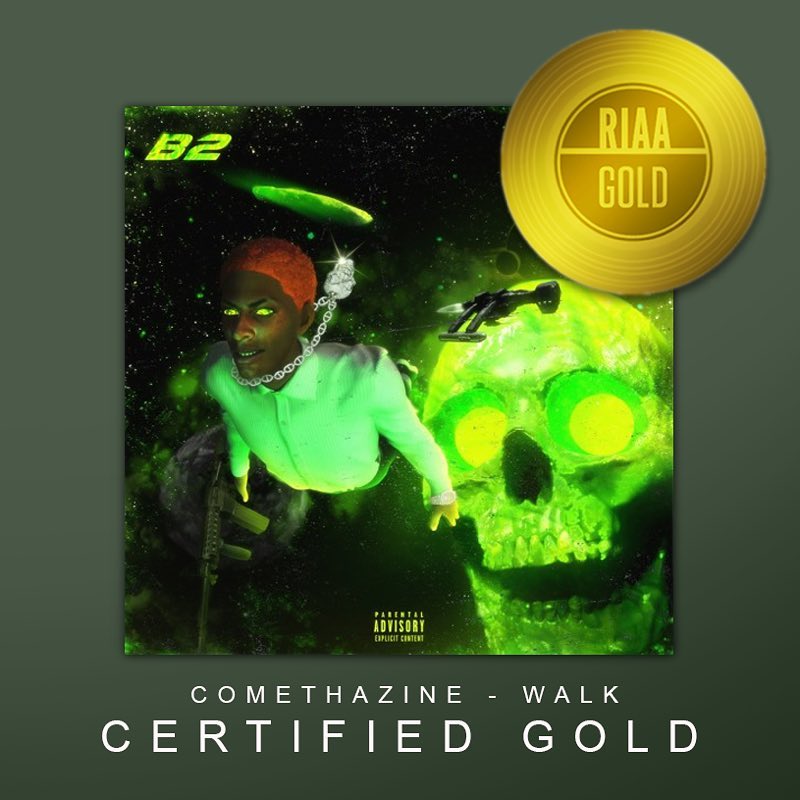