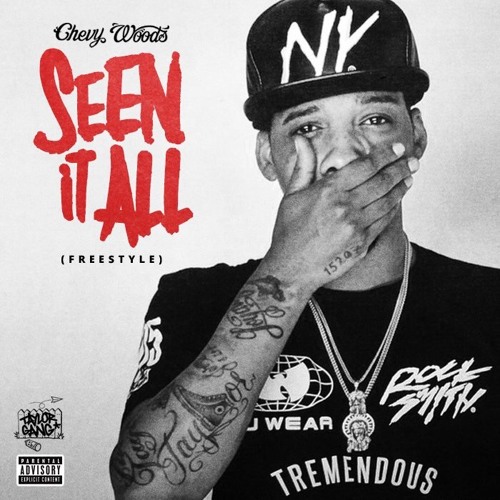 Taylor Gang Ent. rapper Chevy Woods continues his streak of freestyles with a verse on Jeezy‘s Cardo-produced “Seen It All.” “Winter time let’s talk snow money, Johnny Depp n*gga talk blow money,” Chevy Woods raps in the song’s opening bars, brining in the New Year and new season. This new release follows a busy December for Chevy Woods, who shared freestyles over B.G.‘s classic “Cash Money is an Army,” Future‘s “56 Nights,” Cam’Ron‘s “Suck It Or Not,” and Rico Richie‘s “Poppin.” Prior to the freestyles, in November Chevy Woods teamed up with producers Ricky P. and Ghetto Guitar for “Fucc Up the Face,” a loose single debuted by VIBE that continues to heat up the clubs.

These loose freestyles and the club single are follow-ups to Chevy Woods’ The 48 Hunnid Project, which released in August, boasting collabs with DeJ Loaf, Post Malone, OG Maco, Rico Love, and Wiz Khalifa. The 48 Hunnid Project was a monumental release for Woods – it was the first retail release for the Pittsburgh rapper who’s carved his niche as a mixtape king. Back-to-back visuals for “Wit Me“ withRico Love and the Post Malone and PJ-assisted “Getcha Some” followed previous video releases from the project for “Now That I’m Up,” the i-D-premiered “All Said and Done” featuring Dej Loaf, and “48 Hunnid,” which debuted via Yahoo! Music.

Listen to “Seen It All Freestyle”: https://soundcloud.com/chevywoods/seen-it-all-freestyle