Rhyming in a low-talking rasp that forces listeners to pay full attention, CEO Trayle specializes in sordid street tales and fearsome flexes. Patiently reminding the world about things they should already know, Trayle proves he’s not one to be trifled with on “Of Course,” his new music video. Produced by fellow Atlantan B Stribb, “Of Course” finds Trayle taking his time as he tiptoes around rippling piano and whirring synths, emphasizing different pockets in the beat every time he switches his flow. Taking inspiration from his own lyrics–”Switch from a Trackhawk to a Porsche/I was goin’ north like in New York”–the 1080 Trademark CEO takes a trip to the City That Never Sleeps, visiting Times Square and Brooklyn Bridge Park as he stalks the streets like a Spider-Man villain.

“Of Course” is the closing track from The Collection, Trayle’s latest project. Spanning eight tracks, the project reconciles Trayle’s pugilistic past (represented on songs like “Mr. Door Kicker”) and his luxurious present ( “Buy A Boat,” “Fendi’d Up“). The prolific rapper plans to keep the momentum going with Vier, an upcoming EP that reckons with a life-changing shooting that occurred in 2013.

Freshly signed to 10k Projects, CEO Trayle is following in the footsteps of his hero Gucci Mane, creating street raps that are at once down-and-dirty and refined. The 27-year-old artist always stays true to his muse regardless of what’s fashionable, creating music that went against the grain in his home city of Atlanta. His music found an audience in Chicago, still home to his largest base of listeners, and among publications like Pitchfork, Audiomack, and many more, for his gritty bars and sinister steez. Trayle’s trajectory skyrocketed after he released “Ok Cool,” a TikTok-fueled hit that generated over 60 million streams and earned a remix from Gunna. “Ok Cool” landed on Happy Halloween C4, a 16-track opus with appearances from Babyface Ray and Doe Boy.

With Vier EP on the way and much further to rise, CEO Trayle is primed to take over the rap game, and become the most watchable villain since The Joker. 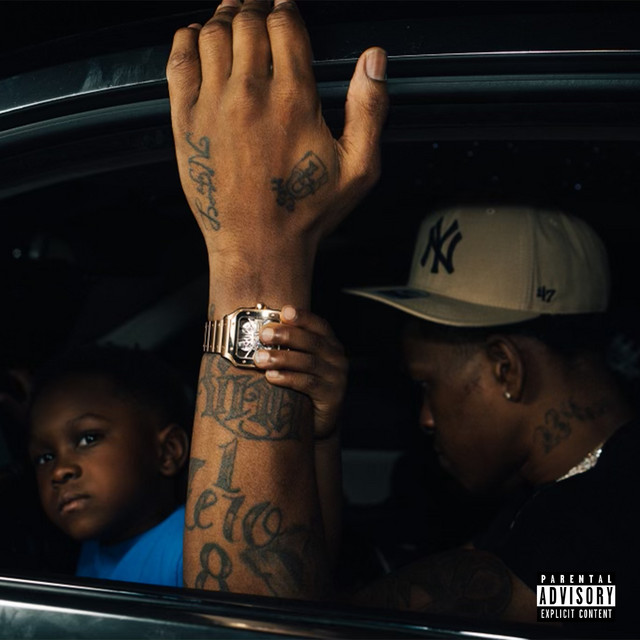