Packed With Famous Faces and More Landmarks Than You Can Count, the Roc Nation-Signee/Flatbush Native’s Billboard-Premiered Video is an Appropriate Tribute to the Borough that Raised Him

Born and raised in East Flatbush, Casanova proudly bears the standard for Brooklyn hip-hop. Offering a heartfelt and aggressive salute to the 718, Cas shares “So Brooklyn,“ a cinematic new music video from his upcoming album Behind These Scars. Directed by Rock Davis, the video is a glorious travelogue that touches upon all aspects of Brooklyn life and culture, with overhead shots highlighting the Two Bridges and Coney Island, and glimpses of street signs marking neighborhoods rich in hip-hop history. Mobbing with guest artist Fabolous, the Roc Nation artist commands the screen, shouting his streetwise bars in front of a mural of Brooklyn hero The Notorious B.I.G. and beneath the Manhattan Bridge. Packed with cameos, ranging from NBA star Lance Stephenson, to viral dance extraordinaire 2 Milly,  to boxer Zab Judah, to veteran rap presences like Papoose, Maino, and Lil Cease, and rising rap stars like Flipp Dinero, 22Gz, and Fetty Luciano, “So Brooklyn” takes just four minutes to compile a case for Brooklyn as hip-hop’s cultural capital.

Released in mid-August, “So Brooklyn” caught on with fans both in and out of the Five Boroughs. To channel this outpouring of city pride, Casanova started the #SoBrooklyn Challenge on social media, asking fans to submit their best bars about what Brooklyn means to them. Inspiring over 20,000 posts and racking up hundreds of thousands of views on Instagram, Twitter, and YouTube, the #SoBrooklyn challenge received submissions from the likes of Brooklyn natives like Papoose, Memphis Bleek, Maino, Rob Markman, and game out-of-towners like G Herbo, Wyclef Jean, Freeway, Cassidy, Bandhunta Izzy, and Los Angeles Chargers defensive end Melvin Ingram. The #SoBrooklyn challenge is a playful expression of hometown unity and a demonstration of BK’s unparalleled rap tradition.

Last week, Casanova shared “Coming Home,“ his radio-ready follow-up to “So Brooklyn,” which racked up over 500k streams in its first three days of release. Featuring a butter-smooth chorus from Chris Brown and a warm, guitar-driven instrumental from Cool & Dre, sampling ’90s R&B classic “Faded Pictures” by Case & Joe, “Coming Home” finds Casanova expressing his passion and desire, as he speeds through red lights to reunite with the object of his affections. Stay tuned for Behind These Scars, coming this fall.

Check out the Billboard premiere: https://www.billboard.com/articles/columns/hip-hop/8529529/casanova-fabolous-so-brooklyn-video 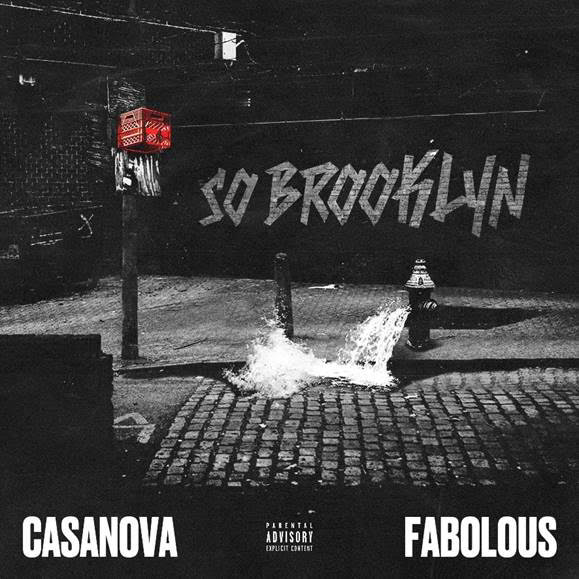