The Mass Appeal Signee Expands His Sound, Delves Into His Past on His First Full-Length Project Since 2015 Known for his gritty, densely detailed street stories, Boldy James is a well-respected emcee in the Detroit underground. Trading in the cold, grimy atmosphere of his previous work for a brighter, energetic, trap-flavored sound, Boldy returns with House of Blues, his first full-length mixtape in two years. Featuring propulsive bangers such as the motivational “Do It“ and “Maserati Rick,” an ode to a notorious Detroit drug dealer, House of Blues presents Boldy’s trademark lyricism in an entirely new light. Released by Mass Appeal records, Boldy’s House Of Blues is a treat for trappers, lyric-fiends, and old-school heads alike.

Explains Boldy James, “I named the project House of Blues for a couple reasons. My first show with Nas was in Chicago at The House Of Blues, so it was a monumental moment in my rap career, but it also refers to a particular period in my life in Detroit. Me & my big brother Blue, we used to sell blue pills out of a blue house on a street called Blue Hill, with a blue-nose pitbull. In so many words, everything was blue. On the new tape, I’m trying a new sound, bringing in some elements of trap music–trying to bridge the gap for people who are biased against that kind of music. I’m releasing the project on 2/27 because 2-2-7 is a number of significance to me, the ConCreatures, and a bunch of other groups from my area of Detroit, like Double Dee & The Game Time Mafia, Redi-Rock & The Bully Boys, the list goes on. 2-2-7 is my bread and butter and I hold it near and dear to my heart.”

Born in Atlanta, but raised on the Eastside of Detroit, Boldy James gained a reputation in critical circles for hard-hitting, raw bars. He first gained acclaim for his 2011 mixtape Trapper’s Alley Pros and Cons, which Pitchfork named one of that year’s Most Overlooked Mixtapes. With his unique style gaining attention throughout the blogosphere, James released his debut album My 1st Chemistry Set, a full-length collaboration with The Alchemist, in 2013, catching the ear of Nas, who signed Boldy to Mass Appeal records in 2014. His poetic flows and lyrics are on full display in his most recent EP The Art of Rock Climbing, released earlier this year, an appetizer for the more fleshed-out House Of Blues. Representing an exciting new twist for Boldy James’ sound, House Of Blues is a thrilling listen, with Boldy’s trademark lyrical grit co-mingling with new musical elements to create a fresh, modern take on Boldy’s street tales.

Listen to House Of Blues: https://soundcloud.com/massappealrecs/sets/boldy-james-house-of-blues 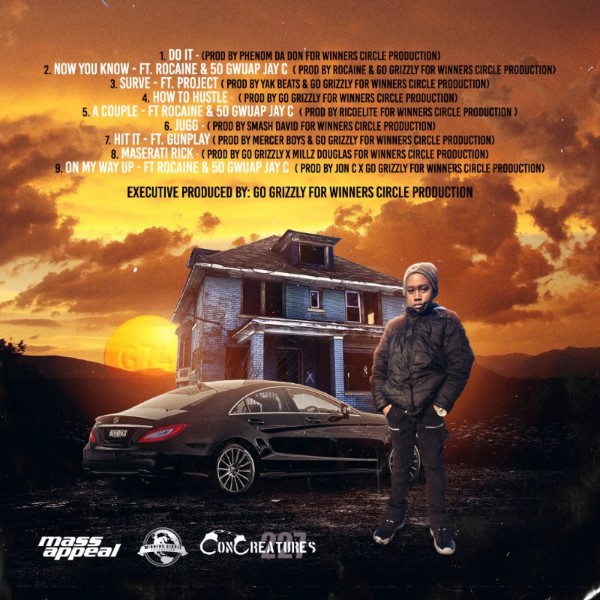