HipHopDX Premieres the Immigrant Anthem From the China-Born Riser and the Korean-American L.A. Underground Hero 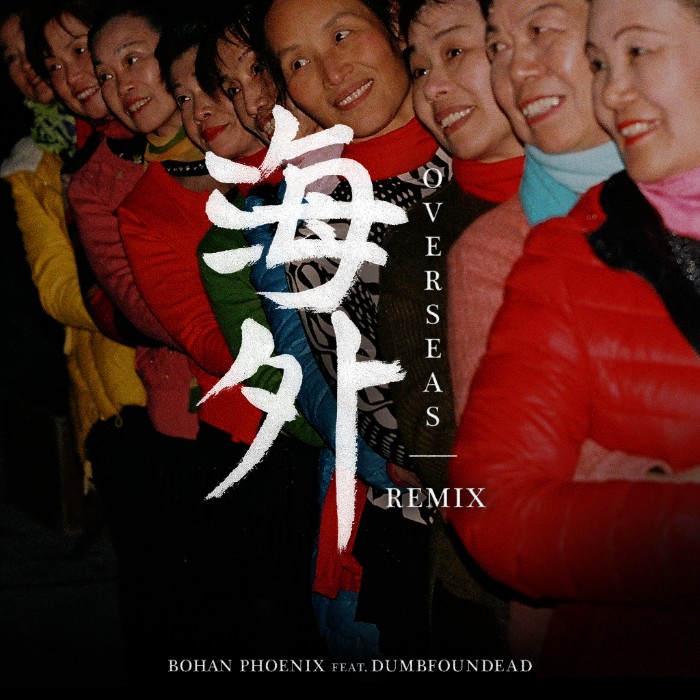 “a musical act to watch” – DJBooth

Seamlessly blending elements of Eastern and Western cultures, China-born rapper Bohan Phoenix breaks boundaries with his fiercely independent style of hip-hop. Recruiting Korean-American rapper and L.A. underground hero Dumbfoundead, Bohan shares “OVERSEAS” (Remix). Produced by Ryan Hemsworth, the remix finds the two rappers speaking on their immigrant experiences over a piano-led boom-bap beat. Rhymes Dumbfoundead, “Pops had a dollar but no degree/Momma was praying with rosaries/’Cause I was born overseas/But bitch I’m LA as Eazy-E.” Premiered by HipHopDX, the new remix updates the title track from OVERSEAS, Bohan’s latest project, released last month. The “OVERSEAS” (Remix) follows the Pigeons & Planes-premiered video for “OVERSEAS,” which features an interactive multi-angle viewing experience allowing users to toggle between four separate camera angles. The video strives to break down the fourth wall for the viewer, and as in the Remix, combats cultural barriers through the universality of music.

Explains Bohan Phoenix, “For years Dumbfoundead has been representing not just for Asian hip hop, but hip hop in general. The way he’s been inspired by music and culture has allowed him to break down a lot of barriers in US rap, and really exceed what’s typically expected of an Asian American. As someone who is trying to do the same, it only made sense I have him on this song.”

With innovative production from Ryan Hemsworth, Harikiri, Mike Gao, and Yllis, OVERSEAS boasts a wide variety of sonics, ranging from doomy trap, to spritely piano, to wavy electronics. Arriving amidst a Chinese government crackdown on hip-hop culture, including a ban on rappers and tattooed artists performing on television, OVERSEAS is not merely a passion project, but a revolutionary act. Distributed by EMPIRE, OVERSEAS furthers Bohan’s unifying mission while satisfying listeners with a wide array of borderless bangers.

Born in China’s Hubei province, Bohan immigrated to the United States at the age of 11. Though he did not speak a word of English, Bohan quickly gravitated to hip-hop culture, learning the language by rapping along to all the hip-hop he could find. Bohan took his largest steps forward as an artist in 2017, partnering with Beats By Dre, teaming up with notable Chinese streetwear companies, and releasing the JALA EP, with videos premiered by The FADER and 88Rising, and touring all primary and secondary markets in China on the JALA Tour. JALA catapulted Bohan into recognition in the broader hip-hop community, earning a placement on Spotifyʼs Fresh Finds and Apple Musicʼs Hot Tracks, garnered a spotlight on REVOLT, interviews on Bandcamp Daily, Magnetic Mag and a Boiler Room and Fendi performance during New York Fashion Week alongside Migos, 21 Savage and Metro Boomin. In February, DAZED hailed Bohan as one of four “Chinese Rap Stars About to Go Global,” alongside Vava and frequent collaborators Higher Brothers and Howie Lee.

Check out the HipHopDX premiere: https://hiphopdx.com/singles/id.36679/title.dxclusive-bohan-phoenix-teams-with-dumbfoundead-for-overseas-remix