Spitting in Mandarin and English, the Buzzing Emcee Defies His Birth Country’s Crackdown on Hip-Hop with Latest Single, Premiered with an Interview by DJBooth and on Ebro’s Beats 1 Radio Show 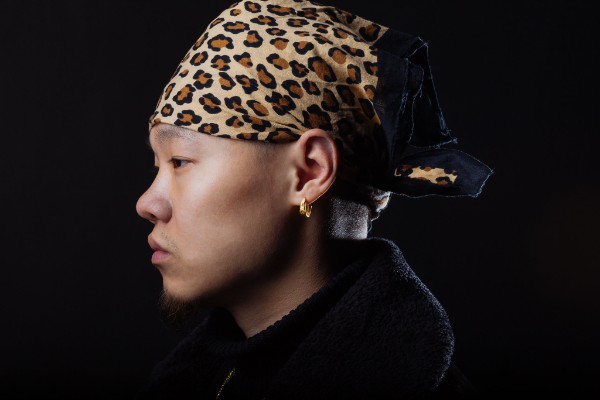 Bohan Phoenix builds bridges between Chinese and American cultures, mixing innovative beats with meaningful bilingual bars. Locking into a hypnotic cadence over a creeping, apocalyptic electronic production courtesy of Yllis, Bohan sharpens his focus on “Party No More,“ his latest single. Not content with spending his cash at the club, Bohan lays out his plan for world domination: “No, I don’t wanna party no more/I just want money on the floor/Money on the bed/Money in the bank/More money when I’m dead/I can smell the world burn/I can see the sky falling/So I’m finna get my piece of it.” Effortlessly switching between Mandarin and English, the DJBooth and Ebro Beats 1-premiered track features a shoutout to former Rough Ryders emcee Jin, whom Bohan thanks for blazing a trail for Asian emcee, and slyly goofs on the recent ban on Hip-Hop Culture by the Chinese Government. “PARTY NO MORE” is the latest single from Bohan’s new project OVERSEAS, releasing on March 5th.”

“‘PARTY NO MORE’ kinda plays off the Hip Hop Ban in China right now,” explains Bohan. “Last year, Hip Hop blew up and people made literally millions but this year the scene will be harder to maneuver for some, ‘less fun.’ It hasn’t really affected me, although when I performed at the Concrete & Grass Festival in Shanghai, the government did have people to stop me, and a few other foreign artists, but it was more due to Visa issues. The screening process of songs/lyrics for bigger festivals will be more strict than it was previously, but I am well aware of the boundaries and I do not consider myself in harms way. But who knows? ‘PARTY NO MORE’ is really my attitude towards to 2018. I just wanna go harder this year and I’m really enjoying putting in work more than ever.”

Arriving amidst a Chinese government crackdown on hip-hop culture, including a ban on rappers and tattooed artists performing on television, OVERSEAS is not merely a passion project, but a revolutionary act. With innovative production from Ryan Hemsworth, Harikiri, Mike Gao, and Yllis, OVERSEAS boasts a wide variety of sonics, ranging from doomy trap, to spritely piano, to wavy electronics.

Born in China’s Hubei province, Bohan immigrated to the United States at the age of 11. Though he did not speak a word of English, Bohan quickly gravitated to hip-hop culture, learning the language by rapping along to all the hip-hop he could find. Bohan took his largest steps forward as an artist in 2017, partnering with Beats By Dre, teaming up with notable Chinese streetwear companies, and releasing the JALA EP, with videos premiered by The FADER and 88Rising, and touring all primary and secondary markets in China on the JALA Tour. JALA catapulted Bohan into recognition in the broader hip-hop community, earning a placement on Spotifyʼs Fresh Finds and Apple Musicʼs Hot Tracks, garnered a spotlight on REVOLT, interviews on Bandcamp Daily, Magnetic Mag and a Boiler Room and Fendi performance during New York Fashion Week alongside Migos, 21 Savage and Metro Boomin. Earlier this month, DAZED hailed Bohan as one of four “Chinese Rap Stars About to Go Global,” alongside Vava and frequent collaborators Higher Brothers and Howie Lee. Most recently, Highsnobiety premiered the Ryan Hemsworth-produced “Overseas,” the project’s title track, which acts as the mission statement for the project and for Bohan’s career.