The Buzzing Barrier-Breaker Tells His Story on the Ryan Hemsworth-Produced Single, Premiered by Highsnobiety 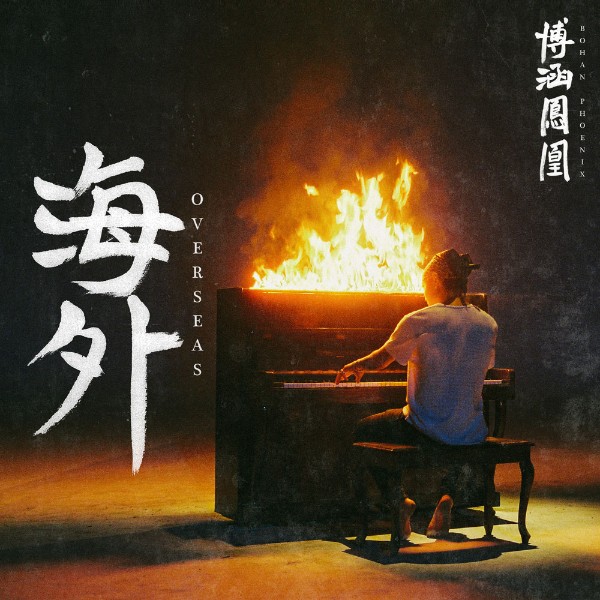 “The Chinese-American rapper is uniting cultures through food and music.” – The FADER

Effortlessly rapping in Mandarin and English, sometimes switching within a single bar, Bohan Phoenixthrives in the intersection between East and West. Fusing Chinese and American sounds into a brash, confident, and unique style of hip-hop, Bohan levels up on OVERSEAS, his upcoming project. With innovative production from Ryan Hemsworth, Harikiri, Mike Gao, and Yllis, the project boasts a wide variety of sonics, ranging from doomy trap, to spritely piano, to wavy electronics. Featuring an appearance from Bohan’s frequent collaborator Howie Lee, OVERSEAS finds the rapper digging deep into his personal life, relaying stories about his childhood in China and a young immigrant, and flex-heavy bars about his current success. Arriving amidst a Chinese government crackdown on hip-hop culture, including a ban on rappers and tattooed artists performing on television, Bohan’s OVERSEAS is not merely a passion project, but a revolutionary act. Distributed by EMPIRE, OVERSEAS, releasing on March 5th, furthers Bohan’s unifying mission while satisfying listeners with a wide array of borderless bangers.

Born in China’s Hubei province, Bohan immigrated to the United States at the age of 11. Though he did not speak a word of English, Bohan quickly gravitated to hip-hop culture, learning the language by rapping along to all the hip-hop he could find. Bohan took his largest steps forward as an artist in 2017, partnering with Beats By Dre, teaming up with notable Chinese streetwear companies, and releasing the JALA EP, with videos premiered by The FADER and 88Rising, and touring all primary and secondary markets in China on the JALA Tour. JALA catapulted Bohan into recognition in the broader hip-hop community, earning a placement on Spotifyʼs Fresh Finds and Apple Musicʼs Hot Tracks, garnered a spotlight on REVOLT, interviews on Bandcamp Daily, Magnetic Mag and a Boiler Room and Fendi performance during New York Fashion Week alongside Migos, 21 Savage and Metro Boomin. Earlier this month, DAZED hailed Bohan as one of four “Chinese Rap Stars About to Go Global,” alongside Vava and frequent collaborators Higher Brothers and Howie Lee.

To accompany the announcement of the project, Bohan shares the title track, “OVERSEAS.” Produced by Ryan Hemsworth and premiered by Highsnobiety, “OVERSEAS” provides a fresh twist to East Coast boom-bap, with bottomless bass and a stuttering piano sample. Rapping in Mandarin in the first verse and in English on the hook and second verse, “OVERSEAS” finds Bohan discussing his commitment to hip-hop in the face of confusion and disbelief from his family in China. In the English second verse, Bohan explains his love for hip-hop and the differences in his two home cultures: “My skin tone it shine like the golden sun/I learn how to punch in the very East/But in the West they hold bigger guns/Strap on my boots and I learn to run.” “OVERSEAS”  is Bohan’s first single since “PRODUCT,” premiered last summer on Ebro‘s Beats 1 show.

Check out the Highsnobiety premiere: https://www.highsnobiety.com/p/bohan-phoenix-overseas/