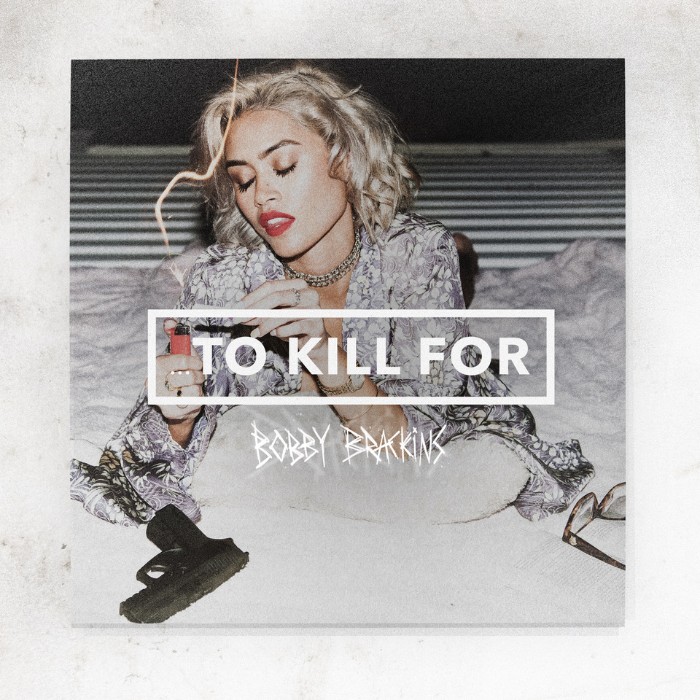 A respected behind-the-scenes mover-and-shaker and a wildly talented artist in his own right, Bobby Brackins’ supernatural facility with hooks helped him rack up a Grammy nomination and a win at the BMI Pop Awards. Stepping back onto center stage with his appealingly raspy vocals and unshakeable melodies, Bobby Brackins announces …To Kill For, his upcoming EP. The second in a planned EP trilogy, following 2016’s …To Live For and preceding …To Die For, …To Kill For is a breezy summertime listen, packed with radio-ready bangers, romantic jams, and rider’s anthems, all tied together by Bobby’s impeccable songcraft. Featuring appearances from Jeremih, G-Eazy, Marc E. Bassy, Olivia O’Brien, August Grant, and Joy, and with production from Nic Nac,, Count Bassy, and Davidior, …To Kill Forarrives on August 3rd via EMPIRE.

An in-demand songwriter for more than half a decade, Bobby Brackins is best known for co-writing radio anthems like Chris Brown‘s “Loyal,” Tinashe’s “2 On,” and most recently DJ Khaled’s “I’m The One,” which debuted at number one on the Billboard Hot 100 in 2017 and earned Bobby Brackins a BMI Pop Award in 2018. The Oakland native kept busy over the past year by writing additional tracks for Tinashe and Marc E. Bassy, and by writing his first ever film screenplay. Earlier this year, Bobby shared “Whiplash,” an addictive, Nic Nac-produced single that has become a favorite in his live shows. To accompany the EP announcement, Bobby shares “Big Film,” an entrancing new summer jam. Premiered by Complex, the new single features Bobby bragging about his latest infatuation over a bouncing bassline, syncopated handclaps, and a mesmerizing, off-kilter vocal sample. Featuring a confident verse from G-Eazy and a sweetly-sung hook from Jeremih, “Big Film” is an ideal sneak peek into …To Kill For EP, delivering the high-def production, ace songwriting, and earworms for which Bobby Brackins is best known.

Pre-order …To Kill For EP: https://empire.lnk.to/ToKillFor

Check out the Complex premiere: https://www.complex.com/music/2018/07/bobby-brackins-jeremih-g-eazy-big-film

…To Kill For Tracklist: 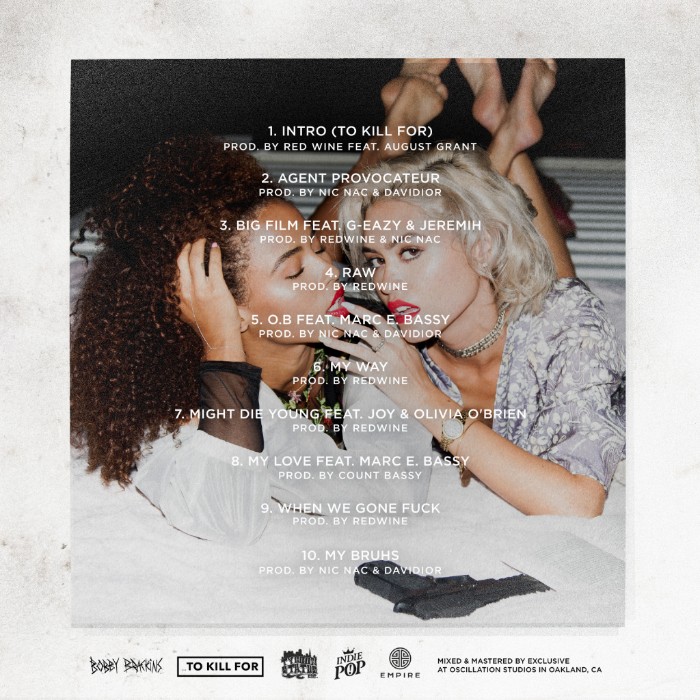 Pre-order …To Kill For EP: https://empire.lnk.to/ToKillFor