Stacking punchlines and boasts with an audible grin, Paper Route EMPIRE riser Big Moochie Grape has got the juice. Reporting live from his colorful corner of East Memphis, Moochie shares Eat Or Get Ate, his debut EP. A relentless assault of double-time rhymes and outsized flexes, Eat Or Get Ate is propelled by Moochie’s palpable hunger–he’s determined to strike it rich, and he’s gonna do it his way.

Along with the EP, Moochie shares the new video for “Clusters.” Produced by Bandplay, “Clusters” finds Moochie–or as he calls himself, “Moochie Hilfiger”–unleashing an endless array of flex-heavy punchlines in a fast-talking flow. In the video, Moochie gives us a glimpse of his boss life in East Memphis. He spends the video shirtless (with two PRE chains) in the company of two baddies, as he sips purple Kool-Aid in the kitchen, dances on the roof, and perfects his arcade skills.

A protégé of King of Memphis and PRE head honcho Young Dolph, Big Moochie Grape started bubbling in his home neighborhood of East Memphis in late 2019 with his standout verse on “Now & Next” (818k YouTube views), a highlight from fellow PRE signee Jay Fizzle‘s Young Dumb & Don’t Give a F*ck mixtape. In January, Moochie released “Big Juice,” a woozy banger that gained traction on the Memphis streets. “Big Juice” and “Uh Huh Uh HUh Uh Huh” helped Moochie grow his following on social media, especially Instagram where he counts over 65k followers. With the help of Young Dolph (who gifted Moochie a concord-colored Lamborghini) and Paper Route EMPIRE, Moochie is primed to make the leap from local hero to national name. 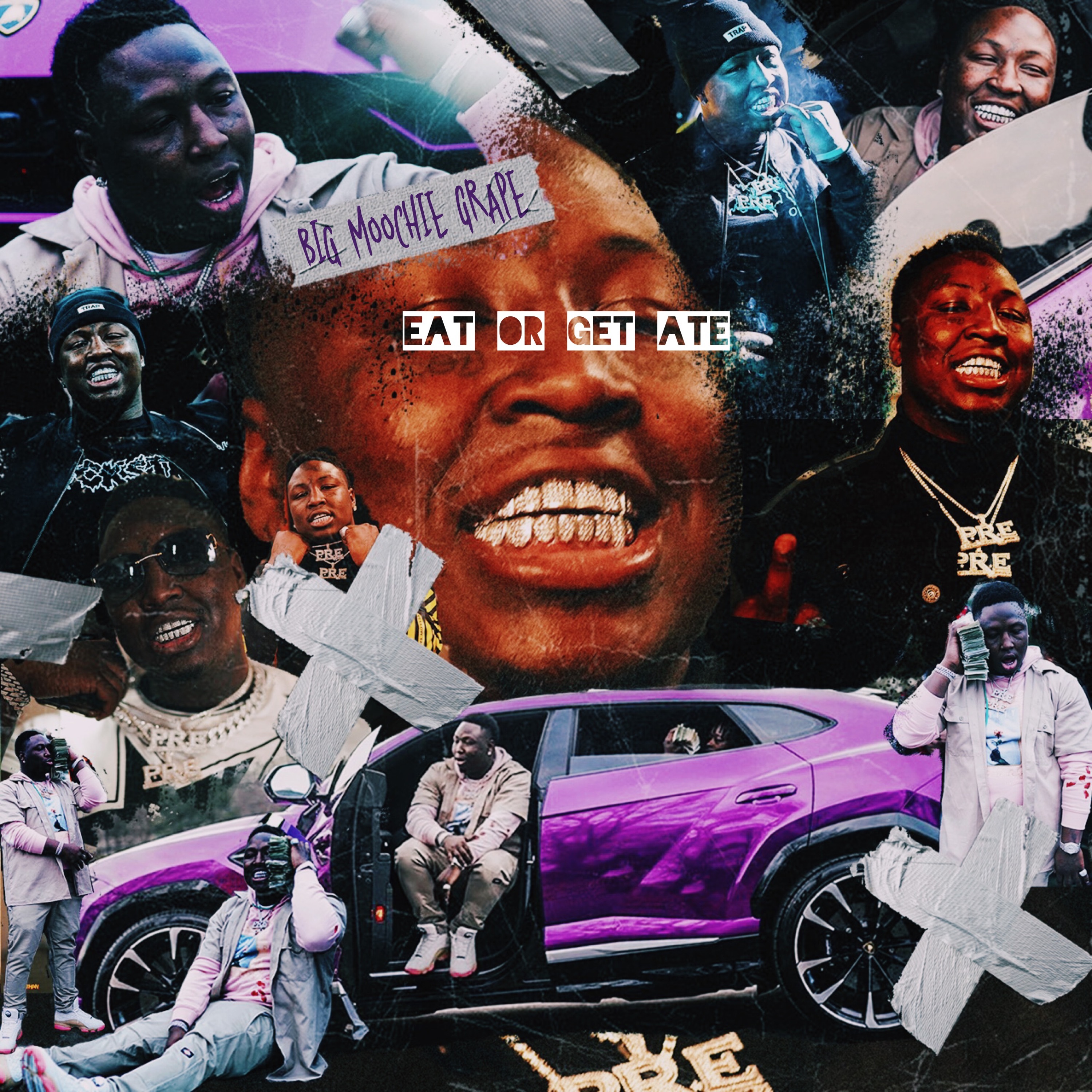 Rising out of Memphis to become one of the South’s pre-eminent rap labels, Paper Route EMPIRE embodies the independent hustle. Home to superstar Young Dolph, heatseeker Key Glock, and Tennessee-born upstarts like Jay Fizzle, PRE partners with EMPIRE to provide a nationwide platform for local talent. Generating hundreds of millions of streams in 2018 alone with albums such as Young Dolph’s Major, which peaked at #15 on the Billboard 200, and Key Glock’s Glock Bond and Glockoma, Paper Route EMPIRE is making a major impact as an indie label, and will only grow stronger in the future.

Eat Or Get Ate EP: https://empire.ffm.to/eatorgetate