With Production from Her Mentor BeatKing, and Appearances From Texas Rap Royalty, Pressure Announces the Arrival of a Unique New Voice in the Lone Star State Scene 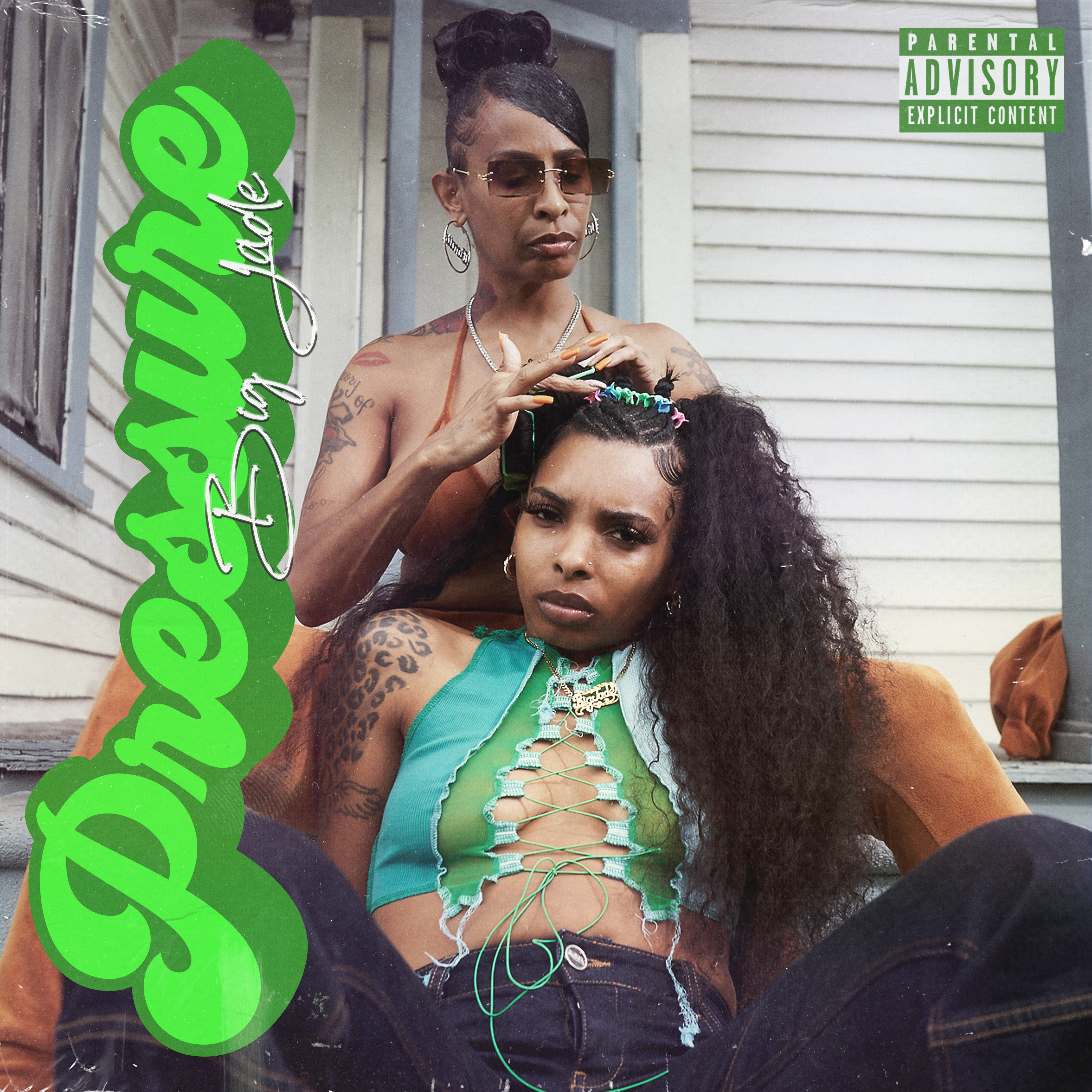 Big Jade built a reputation with her unapologetically real lyrics and athletic rhyming ability, keeping her rap dream alive by shooting music videos while working as a hairdresser. Translating the outsized charisma displayed in her videos into full-length form, Jade shares Pressure, her debut project. With production from Jade’s mentor BeatKing–Jade’s rap game mentor, who discovered her through her freestyle videos on YouTube–DJ Chose, and Bankroll Got It, Pressure provides a fresh spin on the traditional sounds of Texas rap, packing enough oomph in the low-end to satisfy Houston club-goers. Jade rhymes from her unique perspective, as a bisexual single mother and part-time hairdresser determined to ascend to the top of the game with her pure, athletic rapping.

Pressure rolls out the red carpet for a series of guests from the Lone Star State, including, Erica Banks, Queendom Come, and OMB Bloodbath, a group of Houston and Dallas rappers giving the co-sign to the talented Beaumont native. The project is home to highlights like the recent single “Dem Girlz“ ft. Erica Banks & BeatKing, a David Banner-flipping banger perfectly suited for rides in the low-low, the blistering introductory “No Hook,” and the sultry, DJ Chose-produced “Gucci Bag.“ Throughout, Jade stays rooted in her home state, but isn’t afraid to incorporate sounds from other regions, including hyperactive acid bass often heard in L.A. and the Bay in “Get It!” and a warmly familiar soul sample in “I Tell You What.” A powerful introductory statement from a vital new Texas talent,

Born and raised in Beaumont, a small city in East Texas far removed from industry hubs like Houston and New Orleans, Big Jade built an online following with her unapologetic realness. In popular videos like “RPM” and “Phone Jumpin,” praised by Pitchfork, Jade exists in her element, showing off her rapping ability while styling hair, her longtime day job. Her brief, but visceral trap bangers caught the attention of BeatKing, who took her under his wing and offered her guest verses and some of his fieriest beats. In late 2020, Jade announced her elevated ambitions when she teamed up with her mentor BeatKing for the Texas trap slapper “Respectfully,” also featuring an appearance from Queendome Come (“Respectfully” can be found on Pressure). Jade keeps her fans entertained with a regular supply of freestyles, like “Before The Deal” and “Groupies” that show off her bars and indefatigable demeanor. Now with the backing of Alamo Records, Big Jade is ready to make the leap from being the pride of her town to a nationally recognized star.