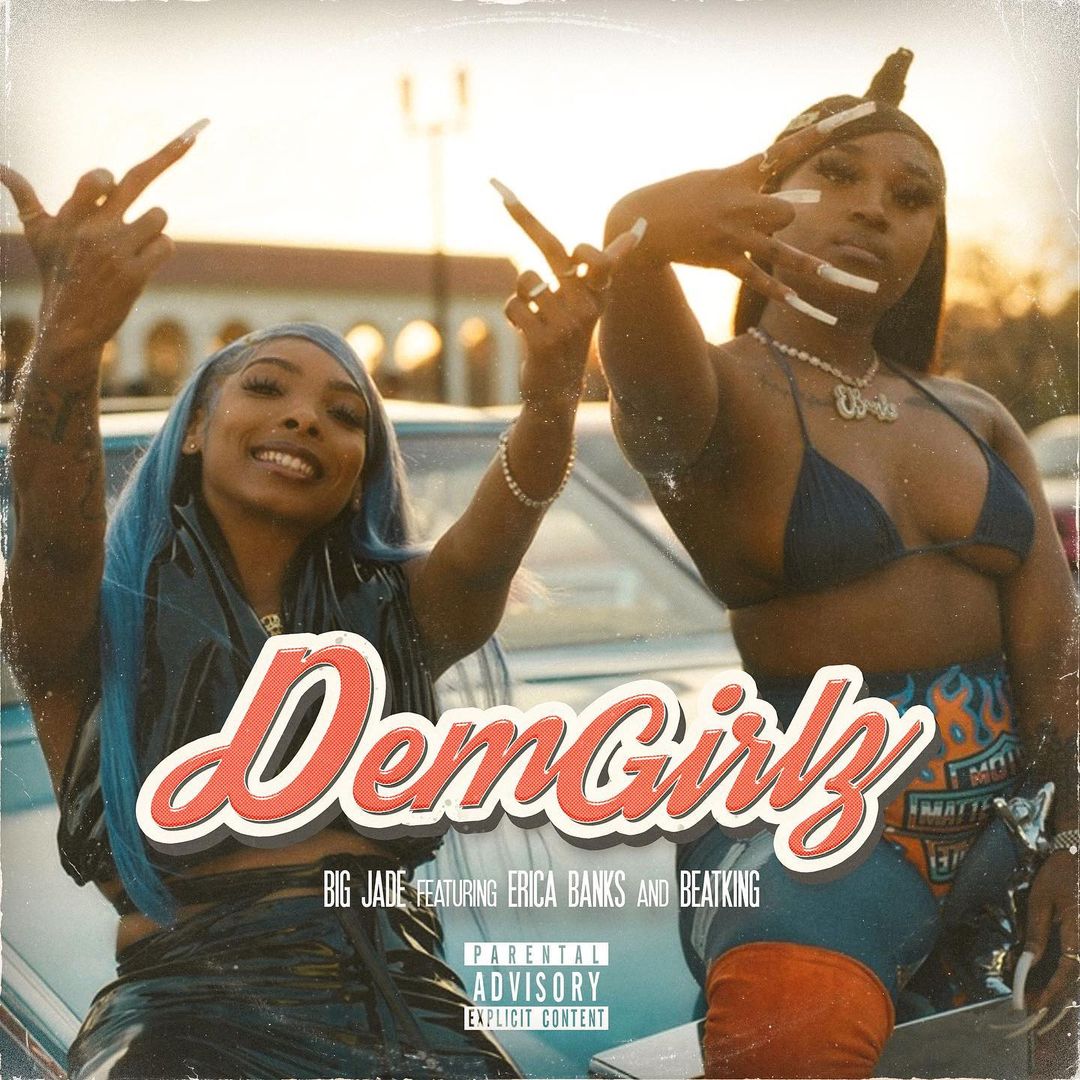 Armed with a percussive flow and an outsized charisma, Big Jade is one of the freshest voices in a busy Texas rap scene. Connecting with her mentor BeatKing and “Buss It” hitmaker Erica Banks, Jade shares “Dem Girlz,” her new single. Built around a souped-up sample of David Banner’s “Like A Pimp” (ft. Lil Flip), the BeatKing-produced “Dem Girlz” flips the script on the 2004 hit, as Jade and Erica Banks raise middle fingers to broke haters with triplet flows. In the video, the Texas trio steal the spotlight at a car meet in Houston. Surrounded by classic boxframes with chariot-style rims and messages inscribed on their hoods, Jade, BeatKing, and Banks strut their stuff as the camera spotlights members of the community.

“Dem Girlz” is the latest single from Pressure, Jade’s upcoming debut project. The song features multiple productions from BeatKing, Jade’s rap game mentor, who discovered her through her freestyle videos on YouTube, as well as contributions from DJ Chose, Bankroll Got It, and more. Pressure provides a fresh spin on the traditional sounds of Texas rap, packing enough oomph in the low-end to satisfy Houston club-goers, and rolls out the red carpet for a series of guests from the Lone Star State, including BeatKing, Erica Banks, Slim Thug, Queendom Come, and OMB Bloodbath. Home to recent singles like “No Hook” and the DJ Chose-produced “Gucci Bag” and following in the wake of a series of verbally dexterous freestyle videos (including “Groupies“), Pressure releases next month via Alamo Records.