The Texas Rapper Shares an Animated Visual for Her Version of OutKast’s “Ms. Jackson“

The Alamo Records Signee Her Own Spin on Classics From the 00s, Including Hits by Three 6 Mafia, Ying Yang Twins, Busta Rhymes, and More 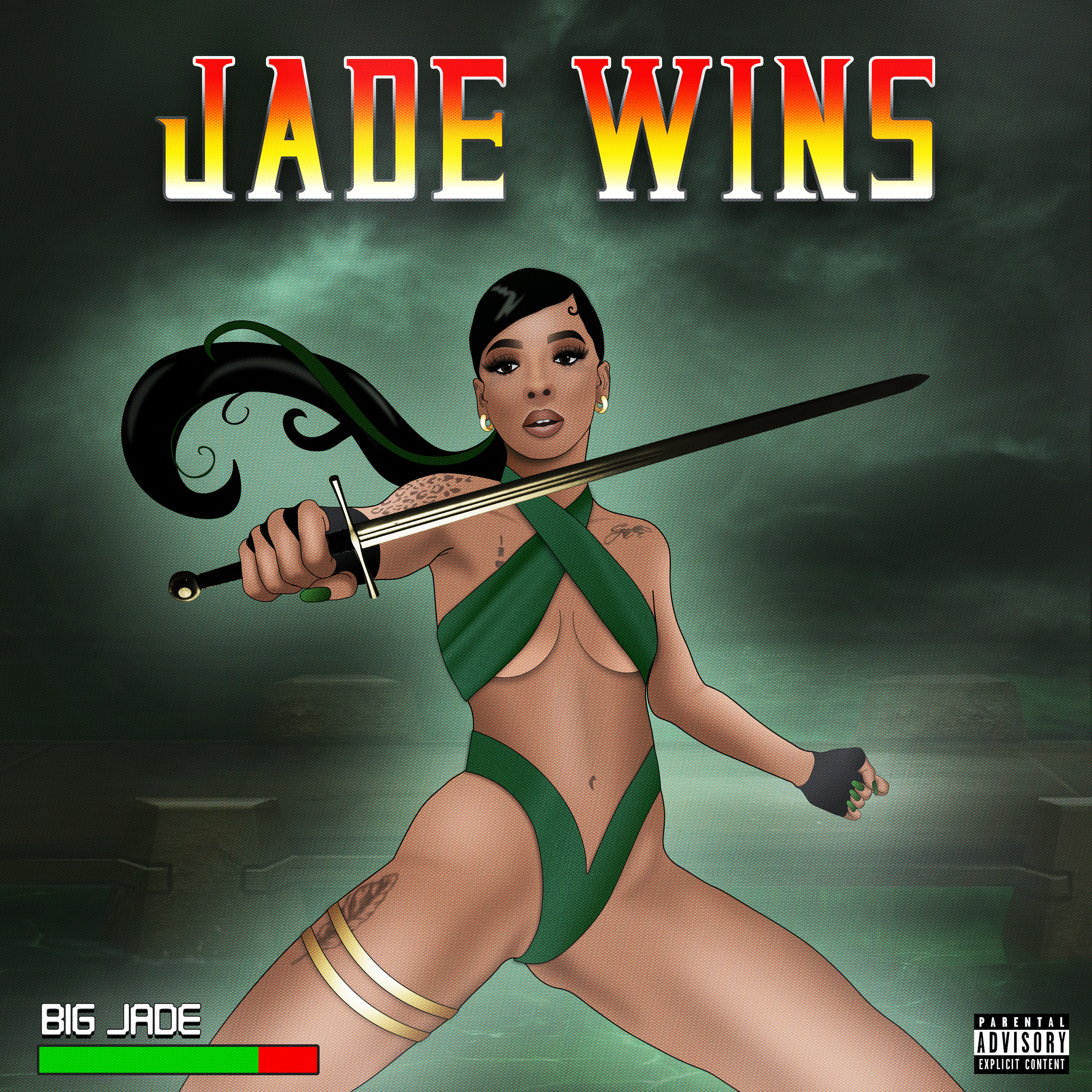 Steeped in the Southern rap tradition, Texas spitter Big Jade can take any beat and make it her own. Delivering a classic-style mixtape featuring her versions of notable hits, Jade shares Jade Wins, her new EP. With an album cover and recurring ad-lib that references the similarly-named Mortal Kombat character, the new EP finds Jade trying her hand at some of the most iconic beats of the last couple decades, applying her forceful Texas tough-talk and flipping the songs’ meanings to fit her flexes.

Spanning 10 tracks, Jade’s tastes hew towards the Southern hip-hop that she’s loved her entire life, with a focus on hits from the ’00s. Jade Wins features versions of hits that she would’ve vibed to in elementary and middle school, including Busta Rhymes’ “Put Your Hands Where My Eyes Can See,” , Kelis’s “Milkshake,” and Lil Mama’s “Lip Gloss,” which Jade shared as a music video earlier this year. The tape indulges Jade’s penchant for dirty talk, updating some of the era’s most notorious sex jams, like Ying Yang Twins’ “The Whisper Song,” Three 6 Mafia’s “Slob On My Knob,” and Petey Pablo’s “Freek-A-Leek.” Jade’s song selection also includes plenty of hits from her native East Texas, including new versions of regional classics like Z-Ro’s “Mo City Don” and Lil’ Keke’s “Southside.”

Along with the EP, Jade shares an animated visual for her take on “Ms. Jackson,” the OutKast classic. Eschewing Andre 3000’s sorrowful break-up laments and Big Boi’s righteous anger, Jade gleefully eviscerates everyone in her path, to the clout chasers who only started paying attention to her after getting the “blue check,” to men who bought her presents without realizing she’s not ready to settle down. The new visual lays Jade’s new version of “Ms. Jackson” over clips of Mortal Kombat fights, showing Jade’s eponymous fighter kicking ass and taking names.

Jade Wins continues a breakout year for Big Jade, which started earlier this year with the release of her debut album Pressure. Acclaimed by Stereogum, who called the album “grimy and guttural, with a punch-you-in-the-jaw directness and a deep snarl,” and Pitchfork, who named the album one of the best overlooked albums of Spring 2021, Pressure rolls out the red carpet for a series of guests from the Lone Star State, including, Erica Banks, Queendom Come, and OMB Bloodbath, a group of Houston and Dallas rappers giving the co-sign to the talented Beaumont native.

The project is home to highlights like the single “Dem Girlz“ ft. Erica Banks & BeatKing, a David Banner-flipping banger perfectly suited for rides in the low-low. The album earned further notices in Pitchfork, for its highlight track “Pressed” ft. OMB Bloodbath, and from Passion Of The Weiss, who praised Jade saying “anyone and anything that stands in her way will likely be steamrolled.” Earlier this summer, Jade tapped the legendary Swishahouse member DJ Michael Watts to release a Chopped & Screwed remix of the project. A powerful introductory statement from a vital new Texas talent, Pressure is available everywhere via Alamo Records.