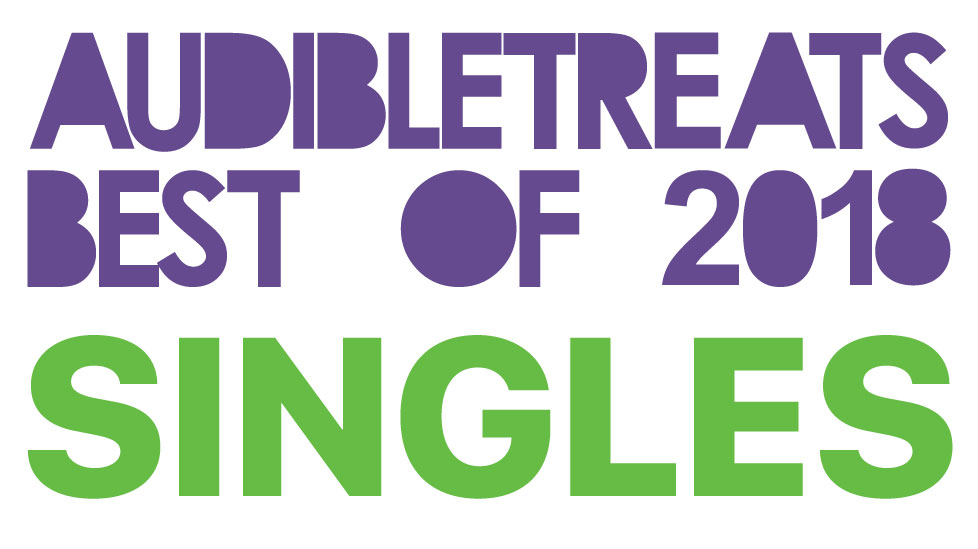 🙏🏼 For Your “Best of 2018 List” Consideration: Our Strongest Singles of the Year 📓

2018 was a year full of change for me both personally and professionally. Ironically, one of the highlights, which is seeing our society hold people and companies more accountable, has created “more work” for us as publicists but I see that as good change. More highlights include seeing the stigma of mental health decrease overall, especially in hip hop. Artists who would never think to open up to professionals back in the day for being of being viewed as soft or a snitch are telling me the benefits of seeing their therapists.

On a personal level, Gavin and I are very grateful for the new team members, Scott, Kierra, and Erin, who joined the AT family this year. Along with Dan, who’s been with us since 2016, the vibes in the office are so great and the work keeps us so engaged. It’s become a running joke for one of us to incredulously blurt aloud every single day, “How is it 4pm already?!” Time flies when you’re doing damage control.

Pathetic PR jokes aside, we are truly grateful for the support you give our artists this year and every year. Thank you for believing in them and for helping to make their dreams come true.

💔 P.S. RIP to Mochi, our Pug/Jack Russell mix of 15 years, who always kept a warm spot on the couch for visitors.

Harnessing his masterful sense of melody and raw lyricism, Lil Durk leveled up into a bonafide national rap star in 2018. Returning to his Chicago roots, Durk shined a spotlight on the little guy in “Neighborhood Hero,” an emotional and inspirational single from Signed To The Streets 3. Spinning a effortlessly catchy, halting flow, Durk expounds on what it means to be a hero in a poverty-stricken neighborhood over a subdued instrumental, reaching the top ten in Apple Music’s daily streaming charts upon release. The featured song on Spotify’s Off The Strength playlist (615k followers) in November, “Neighborhood Hero” inspired a series of videos in which Durk and other artists, including Meek Mill, Trae Tha Truth, and Nipsey Hussle, highlight their efforts towards improving their communities.

Proudly and fiercely independent, Young Dolphknows that it takes more than a record contract to make a major artist. Culminating a slow and steady rise from childhood poverty to rap moguldom, Dolph entered a lucrative partnership with EMPIRE, maintaining his indie status and freeing himself from the artistic and financial restraints of a typical record deal. Celebrating his freedom, Young Dolph triumphantly asserted his supremacy with “Major” (13.4 million plays on Spotify and 22 million views on YouTube), the lead single from his Role Model album. Featuring an appearance from his Paper Route EMPIRE signee Key Glock, “Major” finds Dolph taking shots at industry bigwigs and major label rappers, as well as flexing his olympic level stunting ability: “4s on the Mercedes, that’s major/Whole gang going crazy, that’s major/Millions on the table, that’s major/I turned dirt into diamonds, that’s major.”

Quickly developing a reputation as the South’s best storyteller, Houston’s Maxo Kream packs evocative details and visceral imagery into his metronomic rhymes. The climactic track from Maxo’s Punken album, “Roaches” features Maxo telling two finely detailed stories over mutating production from The Wlderness, each covering a tumultuous period of Maxo’s life. In the first verse, Maxo recalls his tumultuous and poverty-stricken upbringing, while the second verse reveals Maxo’s state-of-mind during 2017’s devastating Hurricane Harvey, which nearly destroyed his mother’s home. With nearly 8 million streams on Spotify alone and praise from the likes of Pitchfork and Stereogum, “Roaches” re-entered the public consciousness with an inventive and ambitious music video in early November.

The crown jewel of Young Dolph’s Paper Route EMPIRE imprint, Memphis native Key Glock is quietly one of the more popular emcees in today’s rap game. Running up his monthly Spotify listeners to over 1 million, Glock shines with his blunt-force delivery and outrageous punchlines. Glock’s best qualities are on full display on “Russian Cream,” his biggest hit. Sparring with a dense and twinkling beat from rising super-producer Tay Keith, Glock sings the praises of his favorite flavor of Backwoods rolling papers and flexes on broke fools with larger-than-life lyrics: “Boy you know you not no killer/My chopper eat n****s for dinner/My diamonds is ill, make you shiver/This codeine is eatin’ my liver.” With over 15 million plays on Spotify and over 20 million combined views on YouTube, “Russian Cream” was the highlight from Glock Bond, Key Glock’s February mixtape.

Generating over 100 million streams across all platforms, Brooklyn’s GASHI is hip-hop’s next crossover superstar. Displaying his unique melodic ability over a breezy Afro-Caribbean-inflected beat, “Creep On Me” finds the African-born former-refugee describing the process of falling head over heels in love with someone who shows affection in private but plays hard to get in public. With appearances from French Montanaand DJ Snake, who adds his signature chopped-up-vocal-breakdown to the pile of hooks, “Creep On Me” earned more than 33 million plays on Spotify alone, and earned an additional 5 million views on its colorful and expertly-choreographed music video. The danceable and summery hit was one of the most distinctly popular songs in GASHI’s home state of New York on Spotify, where it headlined the Get Vocal, New Yorkplaylist, aimed to bring listeners to the polls on Election Day 2018.

One of the most influential figures in the history of West Coast Rap, rap legend E-40 was prolific and relevant as ever in 2018. For his first project of the year, 40 dropped Connected & Respected a joint album with B-Legit, his cousin and co-founder of The Click. Displaying the chemistry they’ve perfected since the Reagan era, 40 and B-Legit form a brilliant yin and yang, with B-Legit’s basso profundity grounding E-40’s wordplay and elastic flows. The party-starting highlight from the project, “BOY” is a slinky slapper, with B and 40 trading short and sweet verses over an effortlessly funky bassline and syncopated handclaps. Produced by and featuring HBK maestro P-Lo, “BOY” boasts a boisterous video (5 million views), with 40 and B-Legit cruise directing a massive dance battle and featuring a cameo from The Jabberwockeez.

Venturing off on his own after five years in the major label system, Action Bronson returned to music in 2018 refreshed and hungry, ready to embrace the hustle of independent stardom. Featuring twinkling percussion, jazzy Rhodes piano, and saxophone, “White Bronco” shimmers and swings (“like Tiger in The Masters” – Bronsoliño), as Bronson stacks syllables and culminates in an uplifting refrain: “And I’m just out here living my best life/Whateva, whateva, whateva.” The title track from Bronson’s 2018 album. Praised by Pitchfork, who raved “Bronson proves he’s still one of rap’s most vivid trash-talkers, bragging about his Lamborghini trucks, red leather jackets, and the 20 alligator hides that went into making his shoes, while comparing his musical swagger to Tiger Woods’ smooth swing and his ladies-man status to that of Taye Diggs,” “White Bronco” boasts production from Daringer and instrumentation from The SVU Band.

Injecting his music with Southern-fried soul, infectious melody, and poignantly realistic lyricism, Florida’s Yungeen Ace (Cinematic Music Group) has a shot to hit the big time. Ruminating on the fragility of life and the suddenness of death with a wisdom far beyond his 20 years, Ace’s single “Jungle” is a classic Southern anthem, marked by twinkling keys, snapping snares, and reverb-drenched guitars. With more than 10 million streams on all platforms, “Jungle” finds the Jacksonville native vulnerable and defiant, doing what he can to overcome his circumstances, and reflecting on a horrific personal tragedy in which three of his best friends died. Escaping physically intact with several bullet wounds, the incident hangs over Ace’s life, even as his Instagram following grows beyond 675k and he racks up tens of millions of views of his YouTube videos.

Praised by XXL as “one of the dopest rappers coming out of Detroit,” Molly Brazy‘s Barbie Doll exterior belies a tough-as-nails personality and hard-hitting bars that rival any of her Motown peers. Precociously charismatic and verbally dexterous, Molly teams up with Miami veteran Trina for “Naan” a Pooh Beatz/Go Grizzly-produced rip-roarer, earning over 2 million views on YouTube. Skillfully updating Trina’s ’98 classic “Nann,” which she recorded with Trick Daddy, Molly and Trina stunt on lames on the track with an irresistible cadence, firing warning shots at anyone who would dare underestimate them.

Molly’s best bars: “Diamonds all over my wrist/Versace all over my hips/Gucci all on my kicks/Stand on the couches and turn up the V.I.P.”

Trina’s best bars: “Bad bitch on the table/Catch me in designer labels/CEO the record label/I bring the table to the table”

Tearing up instrumentals with torrents of relentless bars, Detroit’s FMB DZ commands a loyal legion of fans with his witty punchlines, detailed street stories, and sly charisma. Capitalizing on years of grassroots momentum, FMB DZ became one of the most popular artists in his home city, putting up numbers comparable to Future and Chris Brown in the D. Re-opening the classic connection between Detroit and the Bay Area, FMB DZ recruited Vallejo legend E-40for “Lit.” Flexing tough-talking and witty bars, “Lit” is a lyrical showcase for both rappers. Quoth E-40: “If I was a pimp, I’d be a genius/I’d be the first pimp to send a ho to Venus.” “Lit” can be found on In My Bag, DZ’s stunning 2018 album.

Couching a caustic wit and a lyrical honesty within his slurring, laid-back flow, Chicago’s Z Money is one of his city’s most respected emcees. Flashing a playground cadence above an eerie and aqueous instrumental from Rio Mac, Z Money points out exactly where he’ll shoot you if you cross him on “Durag” (Spoiler: the title is a big hint.) Featuring an enthusiastic guest spot from Key Glock, “Durag” is a highlight from Z’s Chiraq Mogul album, released by 1017 Eskimo/Alamo, an imprint headed by his mentor Gucci Mane.