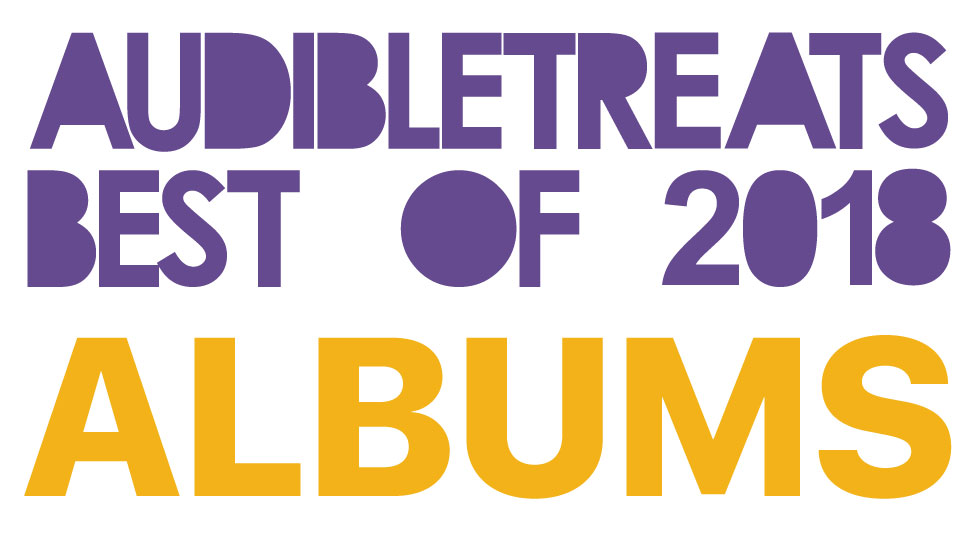 For Your “Best of 2018” Consideration: Highlights from Our Client Roster

Following-up a tumultuous and controversial 2017, marked by gun violence and rising popularity, 2018 was a coronation for Young Dolph. The Memphis rapper signed a multi-million dollar deal with EMPIRE to remain hip-hop’s most popular indie artist, provided one of the most headline-worthy moments of Rolling Loud 2018, and reached a new commercial milestone with Role Model, his latest album. Peaking at #15 on the Billboard 200 and remaining on the chart for 7 weeks, Role Modelprovides a new context for Dolph’s braggadocio and sets an example for rising independent rappers and anyone else trying to get out the mud. The first release by his new imprint Paper Route EMPIRE, Role Model features appearances from Snoop Dogg and Offset, but the most significant guest spot comes from Dolph’s mother, who accompanies Dolph on the piano in the album’s moving introductory track “Black Queen.” 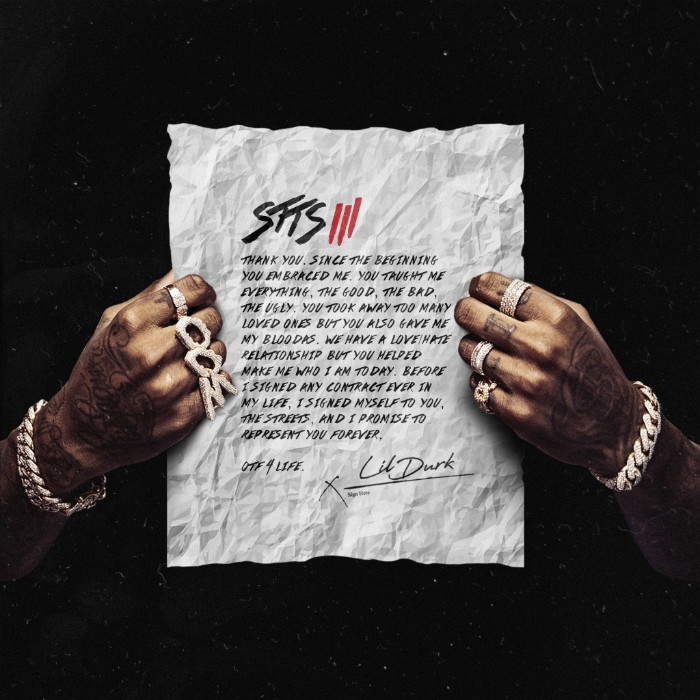 The culmination of a five-year rise from underground sensation to mainstream star, Lil Durk pulled out all the stops for Signed To The Streets 3. Featuring a star-studded guest list of newcomers and established icons alike, Signed To The Streets 3 is a coronation for Durk, affirming his position as a major rap star and confirming his influence on a new generation of melodic street rappers. The new album gives a home to popular singles like the Complex-premiered “Play With Us,” featuring Kevin Gates, the Future-featuring “Spin The Block,” which has over 17.7 million views on YouTube, “Downfall,” with guest spots from Young Dolph and Lil Baby, the slow-burning hit “Home Body,” featuring Gunna and TK Kravitz, which has over 8 million plays on Spotify and is currently burning up rap radio, “Rockstar,” the album’s closing track which features an appearance from Lil Skies, and “Neighborhood Hero,” which soundtracked a series of videos in which Durk and other artists, including Meek Mill, Trae Tha Truth, and Nipsey Hussle, highlight their efforts towards improving their communities. 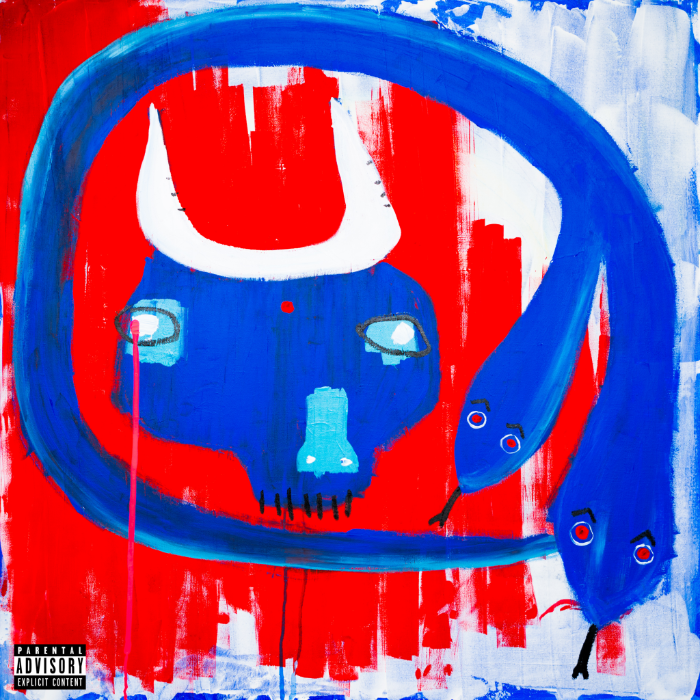 Action Bronson wears a lot of hats, from chef, to TV host, to author, but there’s one label that he likes best: rap star. On White Bronco, the Queens-born multi-hyphenate’s first independent album since 2012, Bronson reckons with success, throwing himself into his art and fine-tuning his reference-packed lyrics. Boasting an off-kilter guest spot from A$AP Rocky, the album finds Bronson rhyming atop eclectic production from Knxwledge, Daringer, Samiyam, and Bronson’s longtime collaborator Party Supplies. Described by Passion of the Weissas “a more cohesive embodiment of his sound and style than any other album in his discography,” the music of White Broncoresembles the album’s cover, with art painted by Action Bronson himself–it has jagged edges, bright colors, and a frightening sense of sharp wit. 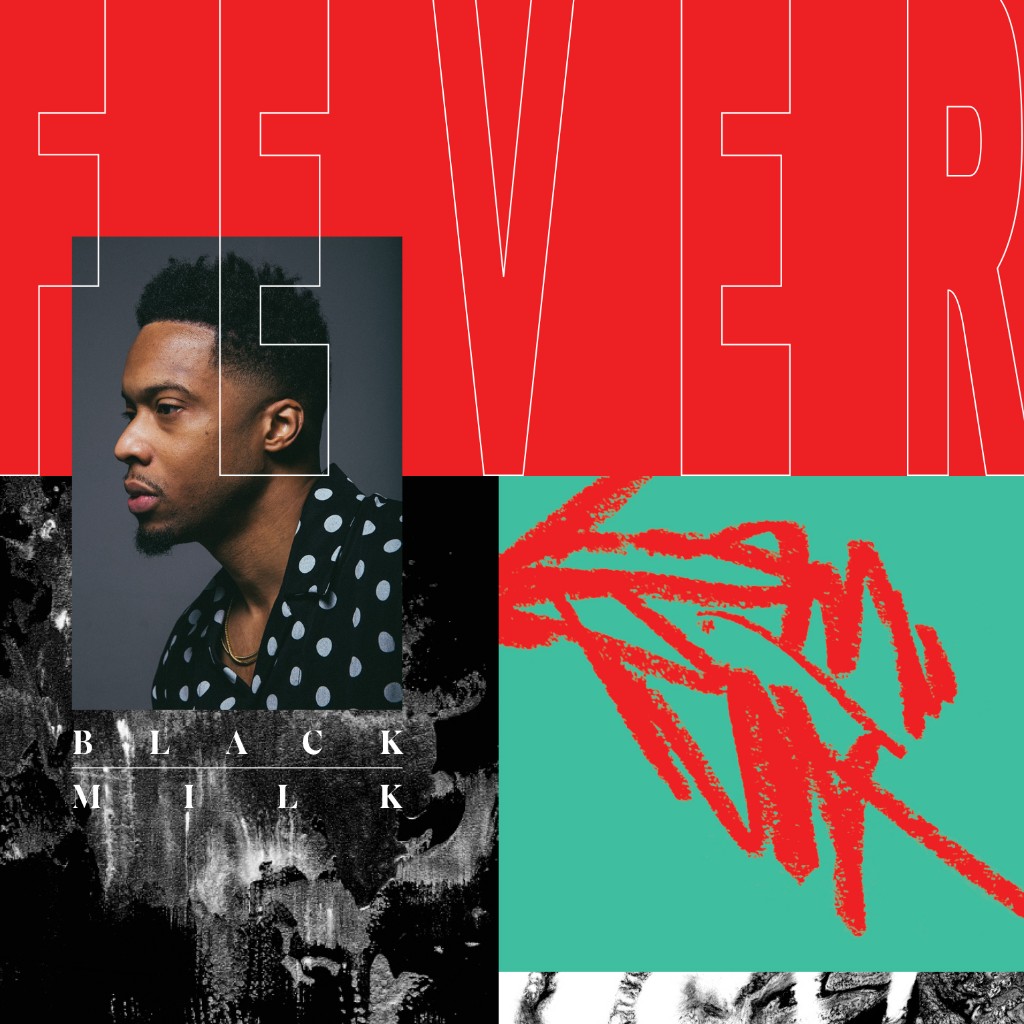 Blending funk, electronic, soul, and rap, Detroit artist Black Milk specializes in incendiary and socially aware music. Returning to the scene amidst a turbulent political climate, the Detroit-born rapper/producer shared FEVER early in 2018. Featuring live music from an all-star lineup of session players, including percussion from Chris “Daddy” Dave (D’Angelo, Adele, Justin Bieber) and Daru Jones (Jack White), listening to FEVER evokes the feeling of scrolling through an endless news feed, finding Black Milk reporting and commenting on the world’s problems with empathy, clarity, and wit. Earning praise from NPR (“FEVER is Black Milk’s most thoughtful, socially-charged album yet”), Pitchfork, XXL, and many more, FEVER proves Black Milk’s status as a vital artist for a difficult period in our nation’s history. 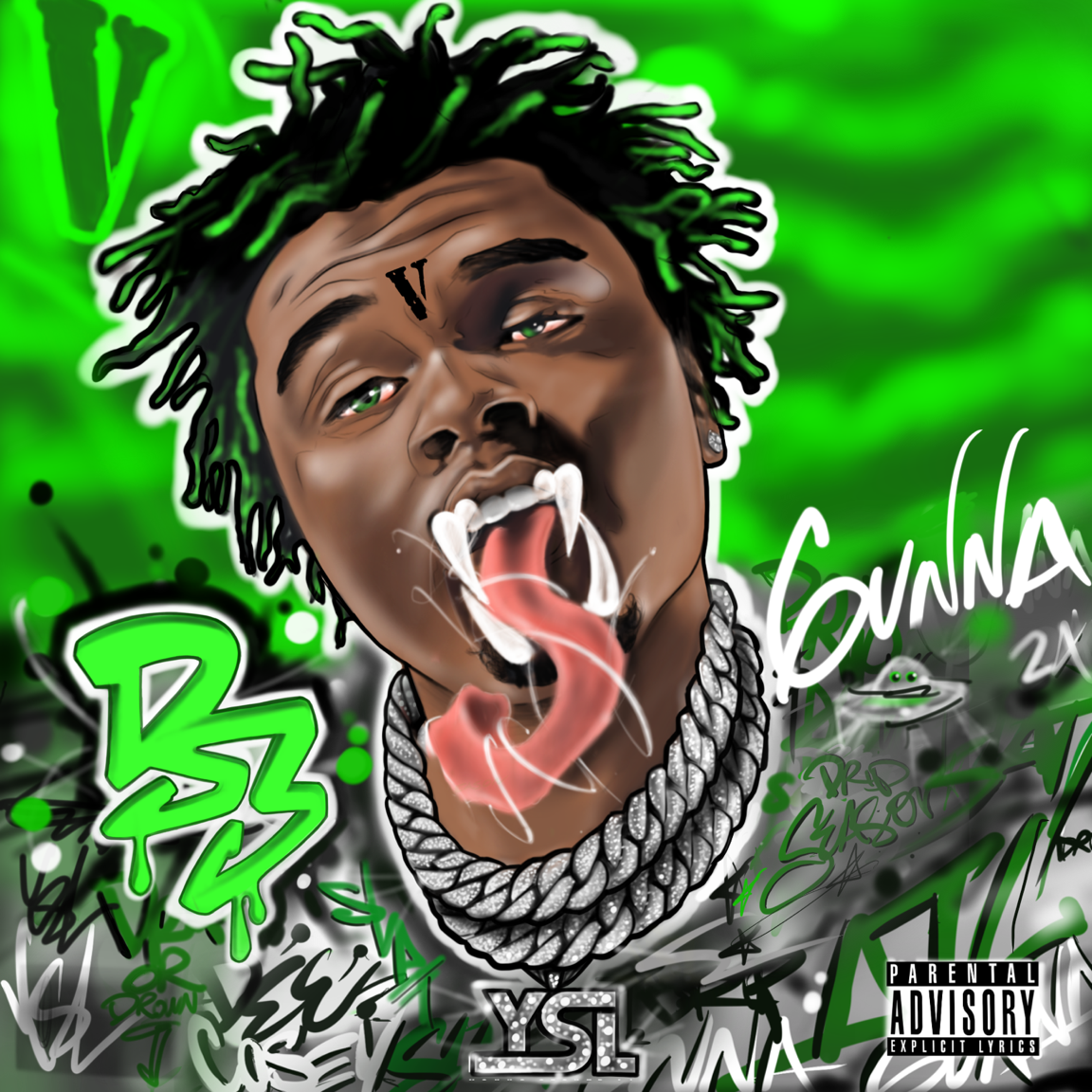 Few rappers in the game had a better 2018 than Atlanta-native Gunna. Starting the year as a cult figure and a protege of Young Thug, Gunna finished the year with a laundry list of elite collaborators, multiple entries on the Billboard Hot 100, and a celebrated partnership with Lil Baby that resulted in the number one album Drip Harder. Gunna kicked off his meteoric rise in February with Drip Season 3, a level-up moment, packed with head-nodding hooks and fist-raising anthems, including opening track “Helluva Price,” which featured in FX’s Atlanta, and “Oh Okay,” a guitar-driven radio hit with Baby and Thug. With production Metro Boomin, Turbo, Wheezy, Richie Souf, 808 Mafia, and more, Drip Season 3 is an absorbing, hook-filled listen, and a harbinger of the hip-hop force to come. 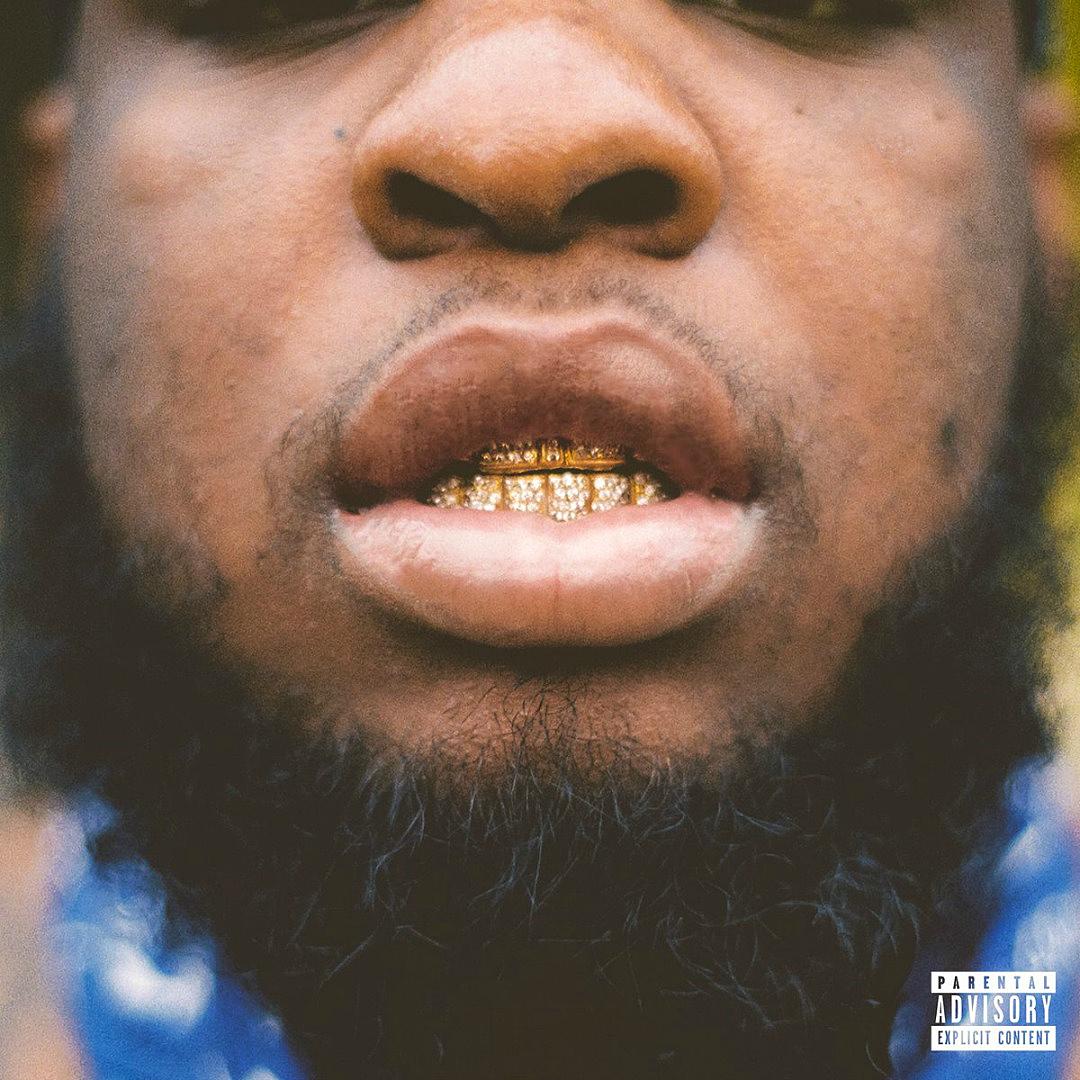 Described by Stereogum as “a great rap storyteller,” Houston artist Maxo Kream dropped his best album yet in 2018. Titled after one of Maxo’s childhood nicknames, Punken takes a deep and revealing look into the rapper’s past, especially on acclaimed tracks “Grannies” (9 million Spotify streams) and “Roaches” (7.9 million streams), while expanding Maxo’s refined sonic palette to include lements of grime, cloud rap, industrial, and electronic music. Featuring appearances from Trippie Redd, 03 Greedo, and D. Flowers, and with production from The Wlderness, Sonny Digital, Ethereal, Honorable C Note, $uicideboy$, Tommy Kruise, Wolfe De Mchls, Teddy Walton, and MexikoDro, the success of Punken (68.8 million streams on Spotify) led to a successful national tour and a record deal with RCA for Maxo. 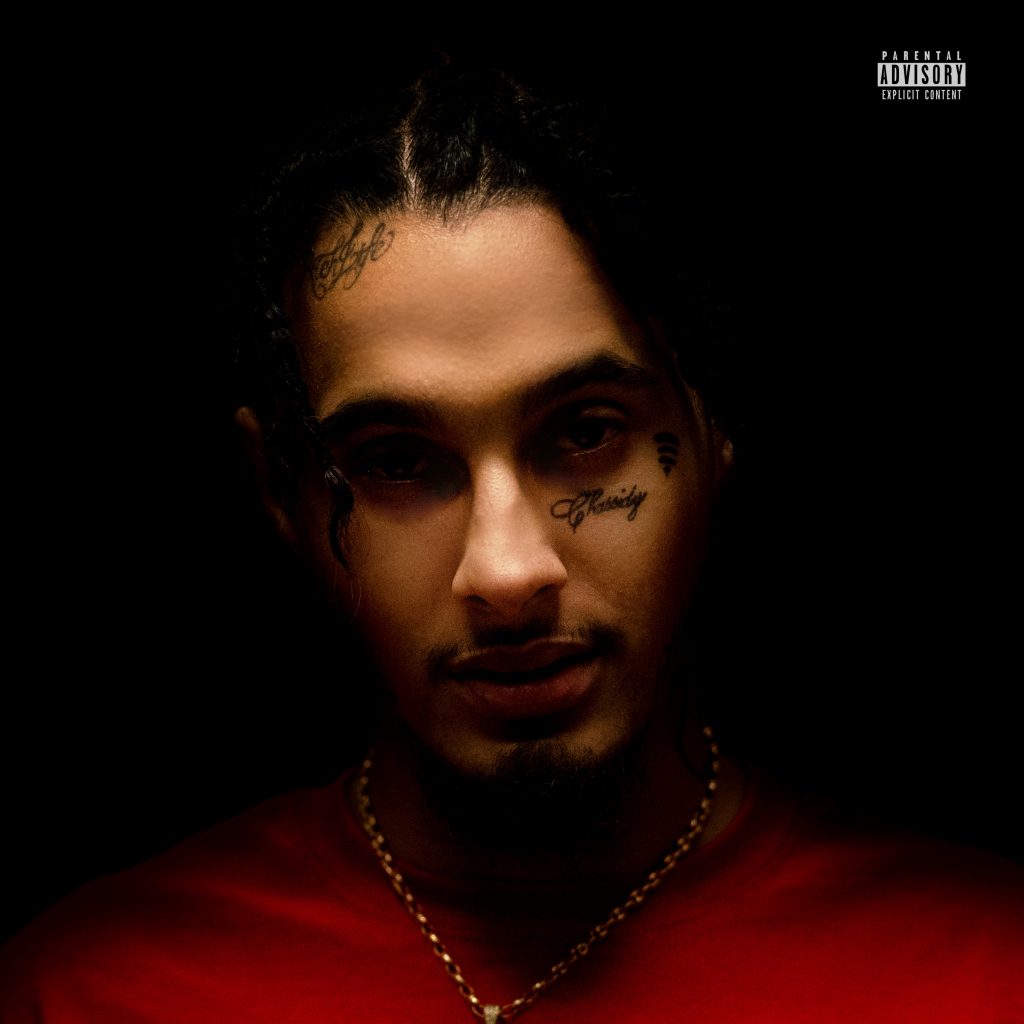 Bursting out of the South Florida scene with his sharp lyrics and cerebral style, wifisfuneral is one of rap’s brightest new stars. The highlight of a year where he made the 2018 XXL Freshmanlist and reached #1 on YouTube trending with his freshman freestyle, wifi released Ethernet, his most mature and self-assured project yet. An immersive experience equally suited for top-down rides as headphone sessions, Ethernet brings you deep inside the mind of wifisfuneral, as he struggles with his newfound fame, plunges into drug use, and revels in his prodigious talent. Boasting production from wifi’s longtime collaborator Cris Dinero, as well as speaker-knocking instrumentals from the likes of Jahlil Beats, Ronny J, Smash David, and others, Ethernet ranges from minor-key Rhodes burbles on “Every Pill In The World,” to pinging, minimalist trap on “Been 2 Hell & Back,” to New Orleans-bounce on the YBN Nahmir-featuring single “Juveniles,” which has over 18 million plays on Spotify alone. 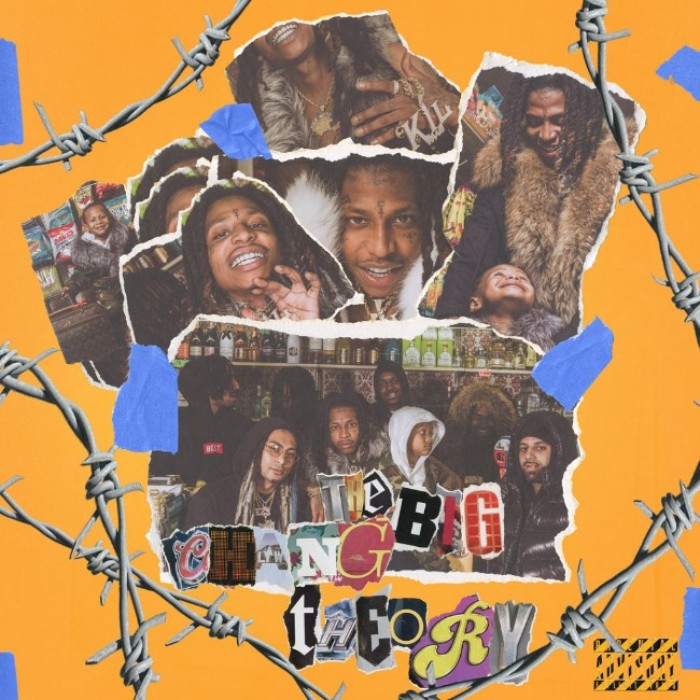 With an elastic flow squeezing off-kilter witticisms into fiery rap tracks, Vallejo native Nef The Pharaoh is Bay Area rap royalty. After building up a massive following on the West Coast with a series of popular mixtapes, three acclaimed EPs, and several radio singles, the KIL FMB chief shared The Big Chang Theory, his debut album, in 2018. Praised by Noisey, who raved “it’s a joyous, melodic project with the old school, timeless feel we’ve come to expect from Nef the Pharaoh. Do yourself a favor and play this in a car as soon as physically possible,” The Big Chang Theory contains the relentless fun and glistening Bay Area bounce of the previous efforts, but displays a heightened maturity, as Nef takes the time to reflect on responsibilities as a young father and on improving the world he lives in. 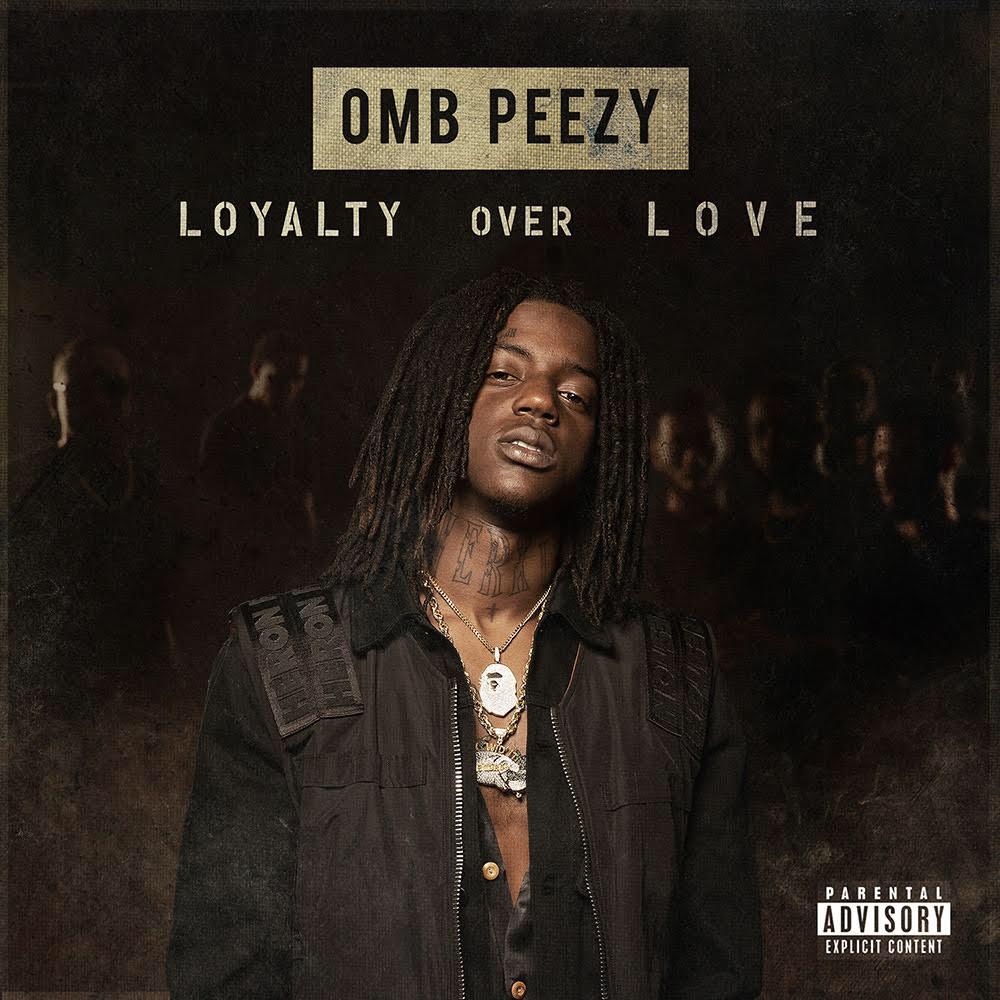 Blending the reverby and drawly sound of the South with the bounce of the Bay Area, Mobile native OMB Peezy builds bridges between hip-hop traditions. Waxing rhapsodic about his life as a rising star, Peezy delivers on the promise of his early singles with Loyalty Over Love, his debut full-length. Praised by Pitchfork as a “rich portrait of loneliness, suspicion, and weariness, showcasing his eye for observation and a knack for self-examination,” Loyalty Over Love is a well-rounded statement, with Peezy guiding us through his trials and tribulations with a drawly charm and weaving his threats and boasts around hot instrumentals. Whether he’s seething at inept law enforcement on the Noisey-premiered “Fuck My P.O.,” revealing his struggles on “All Kinds of Pain,” paying tribute to the West Coast with the Dr. Dre-referencing and Donny Hathaway-sampling “Ghetto Boy,” or letting loose on “Yeah Yeah,” Peezy fulfills the promise of his tremendous talent and leaves us wondering how he will wow us next. 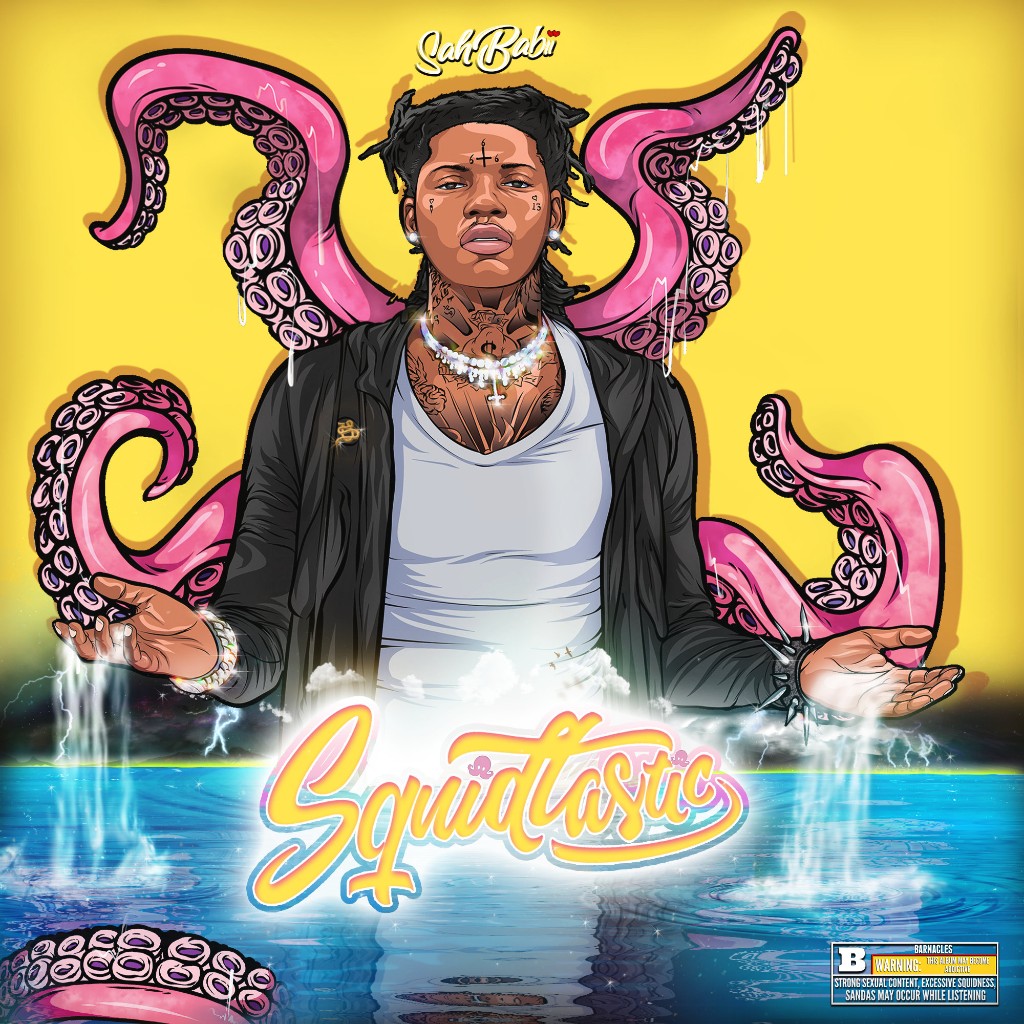 Blending tough-talking lyrics with sugary and bright sonics, SahBabii creates an infectiously melodic brand of trap music. On his latest album Squidtastic, Sahbabii dives deep into his insular undersea haven, with his brother T3 as the only guest, as the Atlanta native uses the language of trap music to make something unique and beautiful. Raved Pitchfork in their Overlooked Albums list for Summer 2018, “In the world of SahBabii’s Squidtastic, the Atlanta rapper’s vivid imagery sounds like it belongs in a Miyazaki film, his weapon of choice is a ninja star, and all animals are to be cherished. It’s ridiculous and there is no place I would rather find myself lost in.” The project boasts highlights like the warm and spritely “Sunny Days,” the introspective and vulnerable “Tall,” complete with atonal acoustic guitar, and the Latin-inflected for-the-ladies jam “Army.” With Squidtastic, Sahbabii proves that he is much more than the man who made “Pull Up Wit Ah Stick,” asserting himself as a bright and positive force in the often-bleak world of trap music. 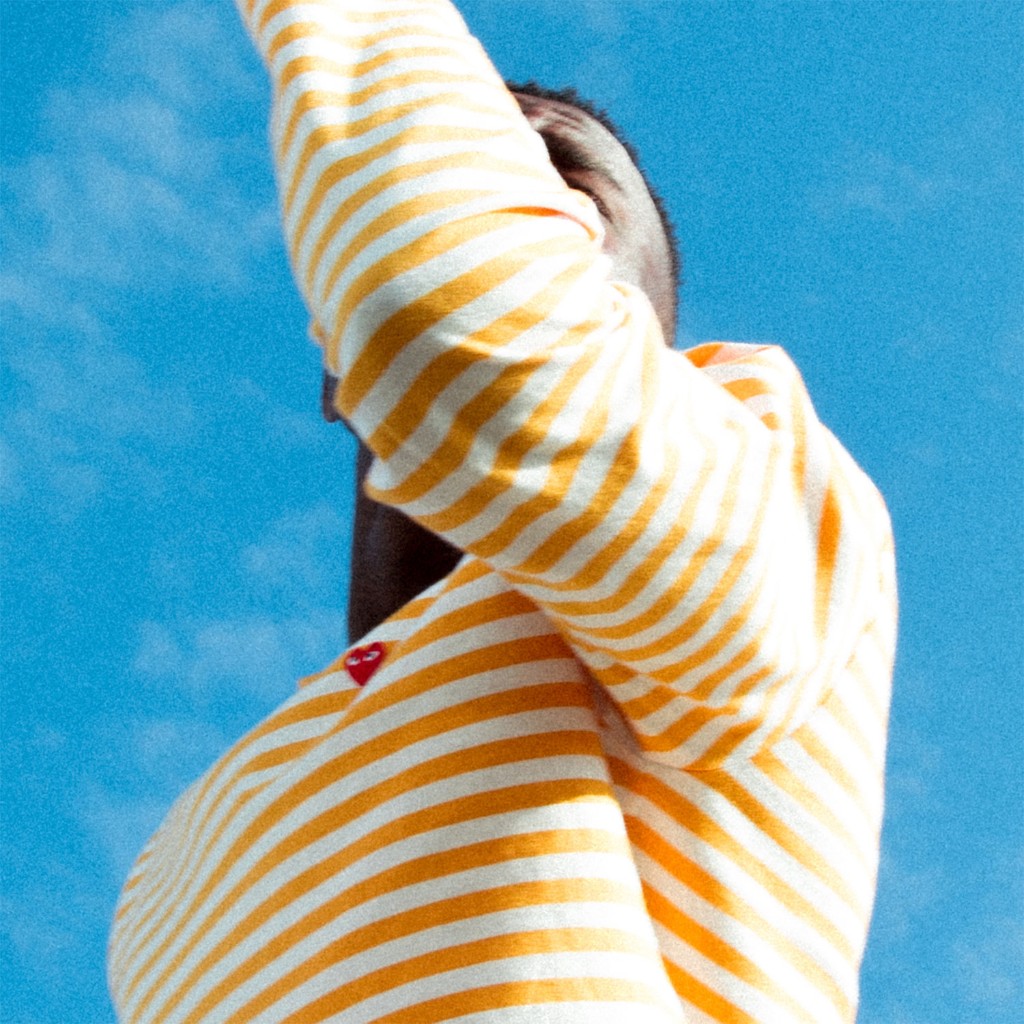 Concocting a goosebumps-inducing hybrid of hip-hop, Afrobeat, jazz, soul, and electronic, Canadian artist ODIE is a game-changing talent. Capturing his sound in an eclectic collection of ten tracks, ODIE’s debut project Analogueapproaches urban music from a new angle, emphasizing angelic harmonies and making masterful use of negative space. Alternating between his floating singing voice and his booming rhythmic delivery, Analogue is an inspiring beginning to the 22-year-old artist’s career, collecting expansive singles such as the gorgeous pop song “Little Lies,” the smoothly syncopated “Night Terrific!,”  the effortless-sounding lazy Sunday R&B jam “North Face” (3.1 million plays on Spotify), featured on OVO Sound Radio, and the Afro-bounce of “Faith,” into a cohesive and compelling whole. “Odie’s sonic lineage is traceable, but the end result is distinctly unique: Not many twenty-somethings can rival his range, which encompasses everything from stunts and flexes to heavenly melodies,” raved Pigeons & Planes.