The Pennsylvania Rapper and Rhythm & Flow Fan Favorite Sets the Table for Her Next Project, Coming Later This Month 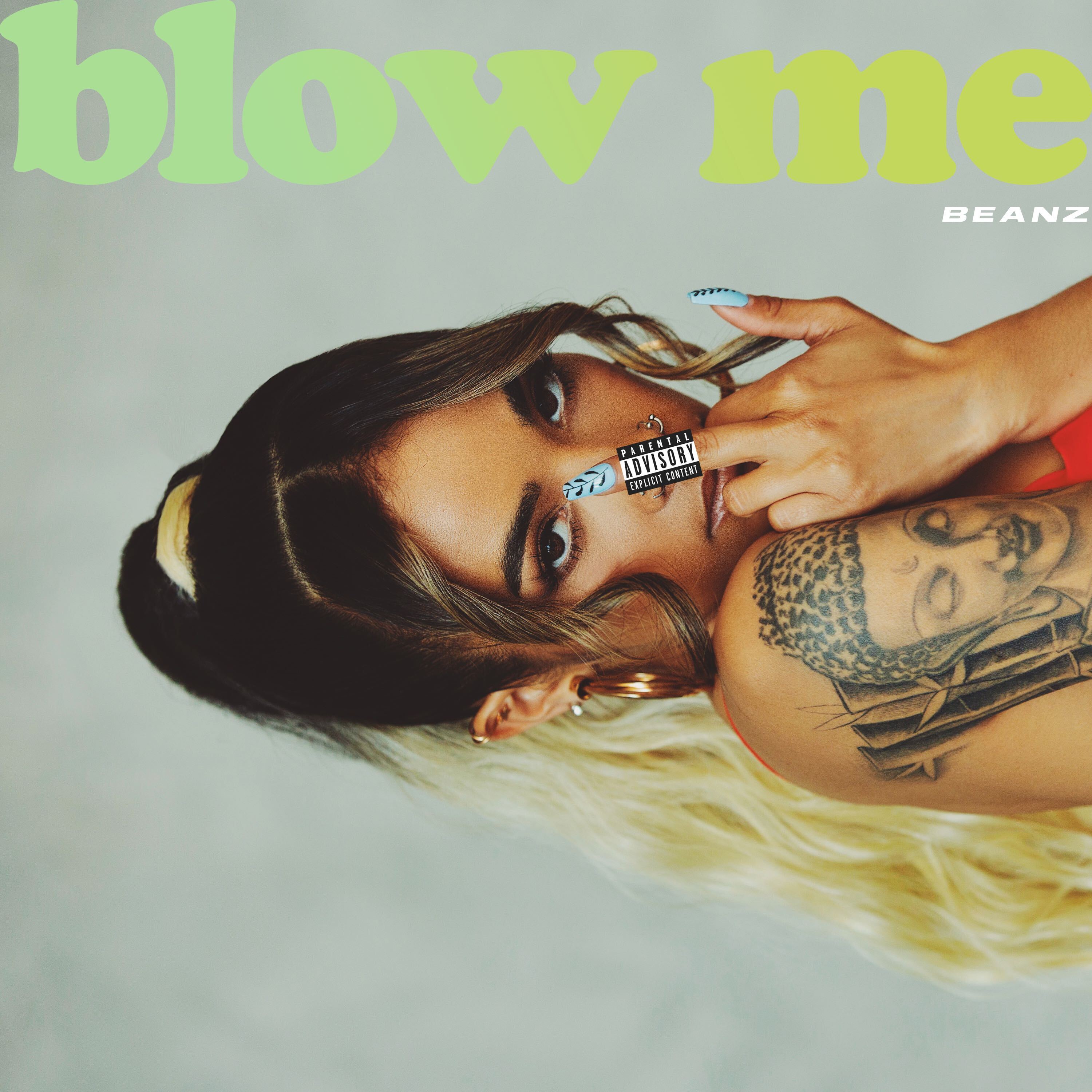 With a defiant attitude and the mic skills to back it up, Beanz doesn’t have time for haters or doubters. Telling off those naysayers with a fiery panache, Beanz shares “Blow Me,” her latest video single. Running roughshod atop a beat that mixes horn fanfares with insistent 808s, Beanz addresses her critics at length, methodically explaining why they don’t even deserve to lick her boots: “This ain’t nuttin to a real m*******/B*tches can’t touch her/I ain’t actin’ friendly, so they say I’m actin’ stuck up/That sh*t a joke, tell them b*tches shut the f*ck up/Go take a seat and watch this come up.” In the video, the Pennsylvania native has the time of her life in sunny Los Angeles, taking her white-on-white Jeep up the Hollywood Hills and surveying her soon-to-be kingdom.

“Blow Me” will appear on Tables Turn, Beanz’ upcoming album. The title of the album refers to the rapper’s ability to flip her circumstances, defying the odds to pursue a career in music. Spanning 13 tracks, and with features from the likes of Benny The Butcher, Eric Bellinger, and more, Tables Turn releases later this month via Artistan/AWAL.

“‘Blow Me’ is setting the tone for what my fans can expect when they listen to Tables Turn,” says Beanz. “The entire project is about me saying the things I’ve always wanted to say and being true to who I am without caring what people think. This song is a kinder way of telling people that if they don’t like this, they can f*ck off.”

Beanz has kept busy in the first half of the year by working with some of the best producers in the rap game. In March, Beanz shared the video for “Crackin’,” produced by JetsonMade, who’s made major hits for DaBaby and many others. She connected with trap sound architect Wheezy for the fiery “Basement,” and headed to the West Coast to work with P-Lo on the dreamy “Waves” freestyle.

Born and raised in Reading, Pennsylvania, a mid-sized city located between Philadelphia and Harrisburg, Beanz started on her artistic path at the age of 12, when she started writing poetry to escape her household struggles. As she grew older, her poems became rap songs, and she developed a reputation as the best rapper in her city. Beanz brought her artistry to a larger audience when she joined the cast of Rhythm & Flow, Netflix’s first-ever reality competition show. Though she didn’t win, Beanz became a fan favorite, winning the affections of many with her lyricism and take-no-prisoners attitude. Since Rhythm & Flow, Beanz has been active, releasing successful singles like “Can’t Call It” (over 1 million streams across platforms) and collaborating with Dizzy Wright for “Sick Of Complaining.”

With the upcoming Tables Turn, Beanz is determined to raise her game. Haters take note: there’s no stopping Beanz season.