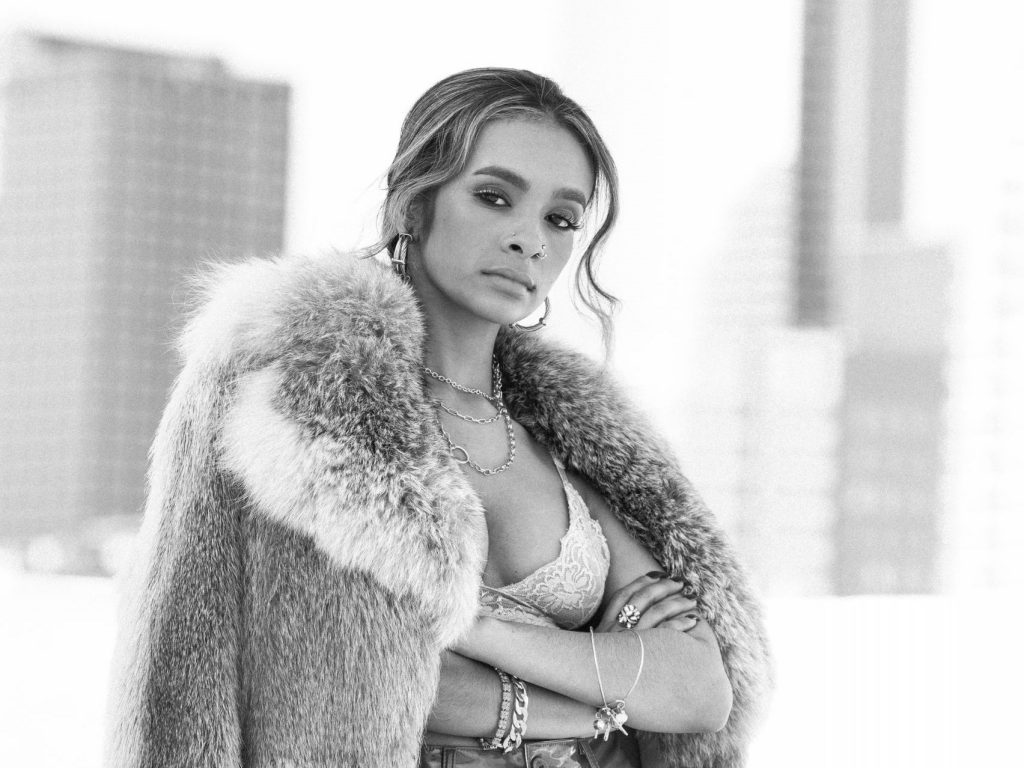 With a booming voice and an uncompromising attitude, Beanz won’t stop working ’til she reaches the top. Sharing a freestyle video for her fans, the Pennsylvania native opens up with “Basement.” Rhyming over hypnotic flutes and booming bass from star producer Wheezy, Beanz takes a moment to take shots at haters as she celebrates her ability to by a new whip for her mom: “I desire for more, that’s why I get mine/When I be out workin’, you inside, bedtime/I don’t see a limit goin’ farther than the end line.” In the video for “Basement,” the proud East Coaster continues to enoy her vacation to sunny California, as she rides escalators to symbolize her rising career path. “Basement” quickly follows last week’s release of “Crackin‘,“ produced by JetsonMade, and the freestyle video for “Waves,“ which featured a cameo appearance from Bay Area sound architect P-Lo, who produced the track.