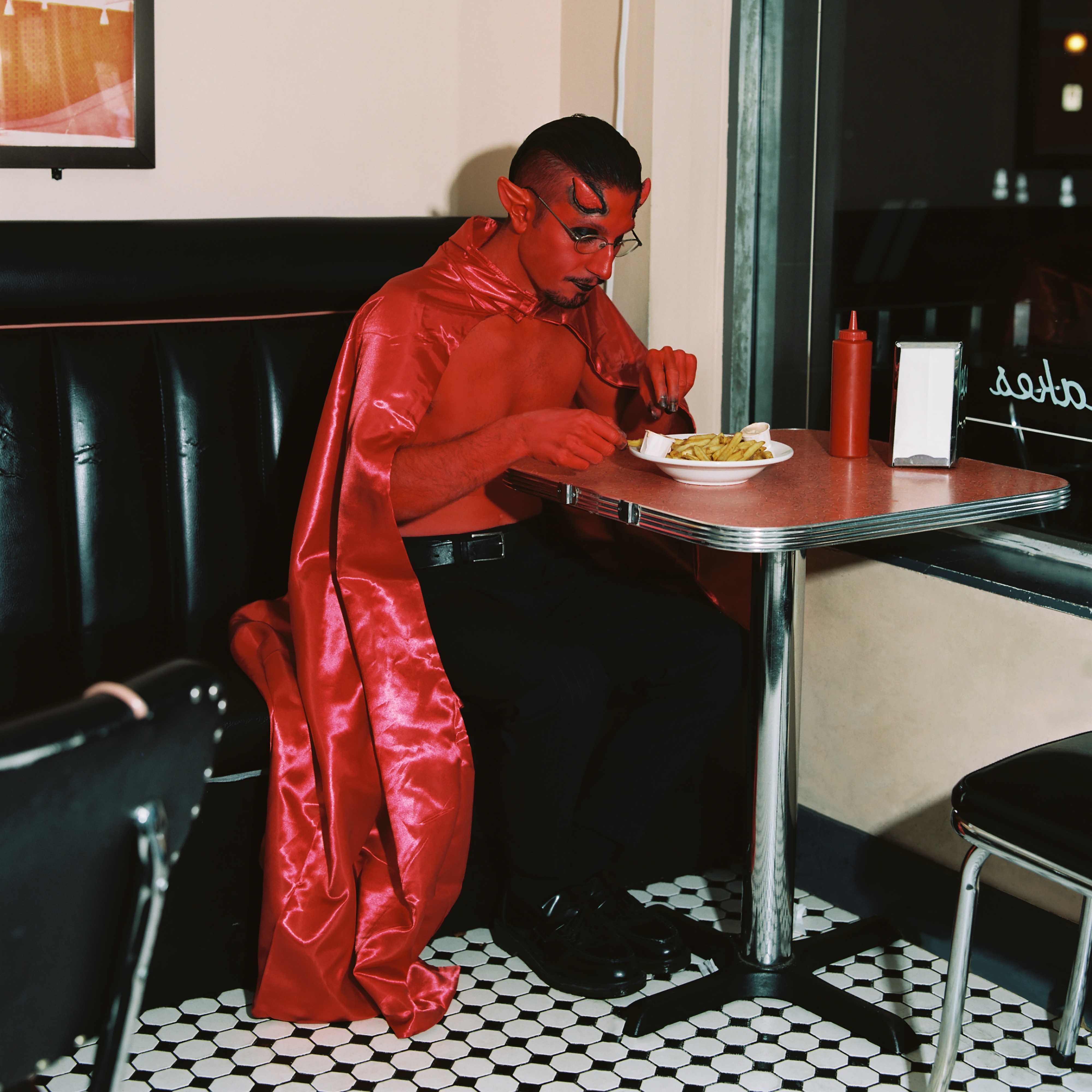 Building a massive audience with his sharp songwriting and high-quality visuals, bbno$ is charting an independent path to the top of the rap game. Today, the 25-year-old artist shares “Bad To The Bone,” a speaker-knocking and witty new single. Produced by Lentra (who connected with bb for 2020’s full-length good luck have fun project), “Bad To The Bone” harkens back to the heyday of The Neptunes, with an insistent 808 pattern, inventive synth sounds, and ear-catching sound effects. Approaching the carnival-esque beat with a cucumber cool demeanor, bb delivers a catchy and irreverent banger complete with the inventive wordplay for which the artist is known.

Directed by bb’s frequent collaborator Shiraz, the video for “Bad To The Bone” displays the snazzy and colorful visual style bb’s fans have come to expect. The clip finds a mulleted bb has a ball in his picturesque mansion, as he makes full use of the indoor jacuzzi, goes fishing in the koi pond, and polishes his whip.

“Bad To The Bone” arrives with promotion from ESL Gaming, the broadcaster of Pro League 13, the largest online gaming tournament in the world. The song will be heavily featured throughout the Pro League 13 broadcast–which drew over 108 million unique viewers in 2020–from now until the finals air on April 11th. The proudly independent rapper also partnered with Roblox to feature “Bad To The Bone” in their brand new “Splash” integration, which highlights new music releases for its 150 million users. Arriving hot on the heels of bb’s JUNO Award nomination for Best Rap Recording (Baby Gravy 2), “Bad To The Bone” is the follow-up to “Help Herself,“ bb’s tender collaboration with Diamond Pistols, which is becoming one of the artist’s biggest hits.

“Help Herself” is earning over 200k streams per day on Spotify, for a total of more than 10 million on that platform alone, thanks in part to prominent position in editorial playlists like Pop Rising, Hot Hits USA, Hot Hits Canada, Singled Out, Anti Pop, and Pop Sauce. “Help Herself” trended on Apple Music’s “Hot Tracks,” and made its way onto Apple’s New In Pop, New In Alternative, Alt Ctrl, and Alt Pop playlists. Garnering praise in outlets like SPIN, HotNewHipHop, and Lyrical Lemonade, the song is already starting to make an impact on radio–the song ranks in the Top 40 of the U.S. alternative radio charts. In the video for “Help Herself,” which has over 2.3 million views and was also directed by Shiraz, the artist paid tribute to Christopher Walken in Fatboy Slim’s classic “Weapon Of Choice” video, as he danced around Vancouver in a variety of snazzy thrift store outfits.

After breaking out in 2019 with the multi-platinum Y2K collaboration “Lalala,” bbno$ established himself as a fixture in the U.S. and Canada music scenes. In 2020, the artist collaborated with Yung Gravy for Baby Gravy 2, which earned bb his first-ever JUNO Award nomination for Best Rap Recording. Eager to prove himself as a multi-faceted artist, keep an eye on bbno$ as he ascends to stardom on his own terms.

Buy/Stream “Bad To The Bone”: https://bbnomula.ffm.to/badtothebone

Watch “Bad To The Bone”: https://youtu.be/GAHuRfJAYCA