Combining the dramatic lyrical realism of drill music with the playful and hard-hitting attitude common in his native Baltimore, Bandhunta Izzy is coming for the rap game’s number one spot. Building on a recent wave of viral popularity, Izzy announces That’s Pretty Gangster, his new EP. Pretty Gangster finds the 22-year-old rapper refining his hybrid street style, alternating visceral depictions of hood life with clever punchlines and turns of phrase.

“The title is a play on words because females see me and think, ‘Damn, that’s a pretty gangster’ and dudes look at my life and the way I move and think, ‘Damn, that’s gangster,'” explains Izzy. “There’s always been a quality to my life because of the way I look. Once people get to know me, I’ll often hear, ‘I thought you were going to be stuck up but you’re sociable just like everyone else.’ People don’t know that I can get silly and goofy.”

The EP boasts Izzy’s recent single “How To Rob,” an homage to the 1999 50 Cent single of the same name, in which Izzy take lyrical shots at some of the game’s most popular rappers (“I was gon’ rob Lil Uzi with a big pump/I was gon’ rob Lil Pump with a big Uzi”). Featuring an appearance from The Mad Rapper, who also appears on the original, the Six7-directed, Lyrical Lemonade-hosted video racked up more than 3.7 million views and 9 million on-demand streams in just three weeks, and got positive notice from Fitty himself. With production from DJ Clue, CM$, Pyrex Whippa, and more, and an appearance from YFN Lucci, Pretty Gangster EP is available to stream everywhere via Dream Bigger/EMPIRE.

Says Izzy, “The cover art reflects the title and ties in my song ‘How To Rob,’ showing a mugshot of me getting locked up for robbing everyone I mention in the song. Two of my favorite songs on the project are ’No Choice’ because it’s uptempo and explains who I am, and ‘Watchin Me,’ because it connects me to my old sound. I love that it brings me back to that space.”

Watch “How To Rob”: https://www.youtube.com/watch?v=8xb3zQfJfNQ

Check out Izzy’s Genius Verified video about “How To Rob”: https://www.youtube.com/watch?v=2tvrtYo-Lcw 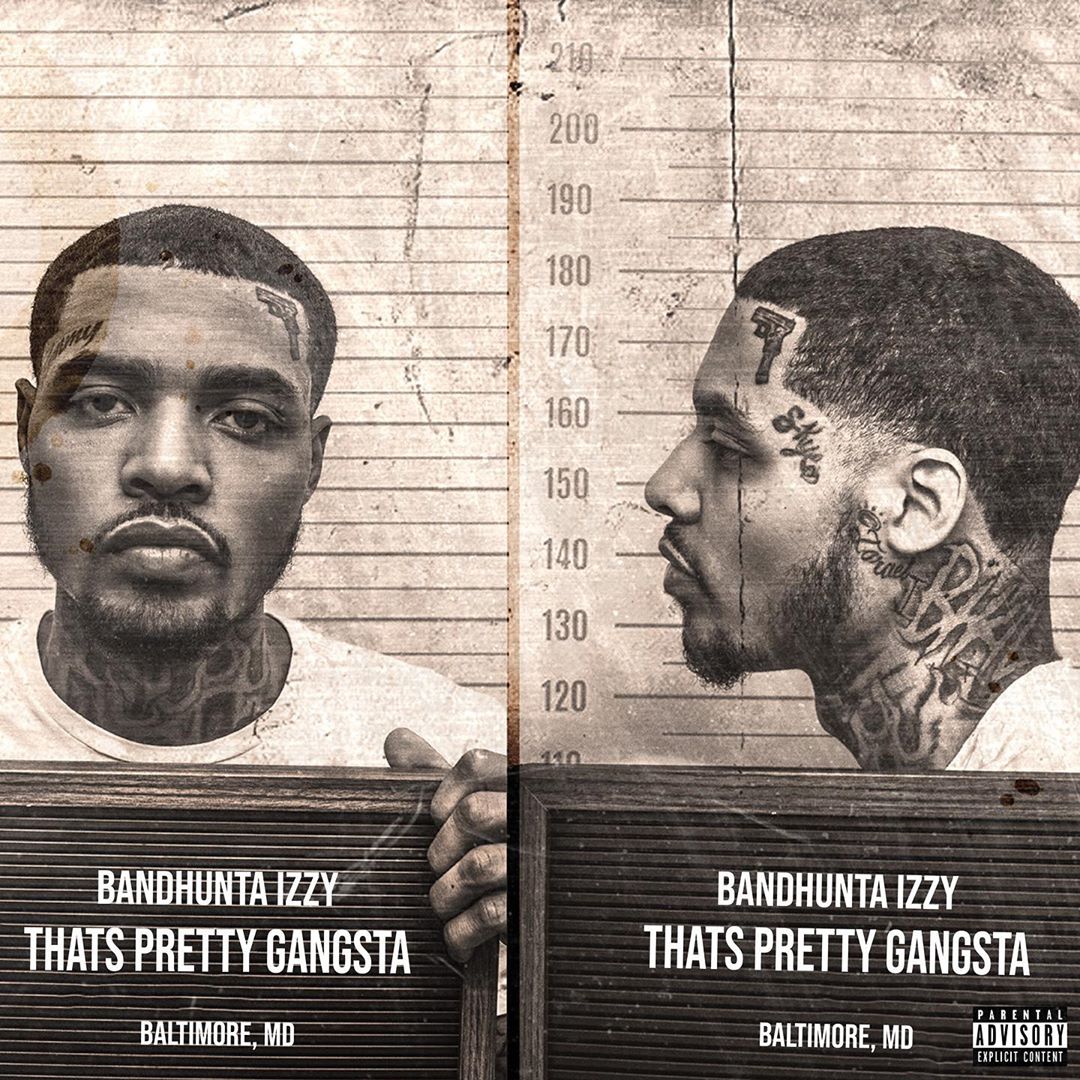 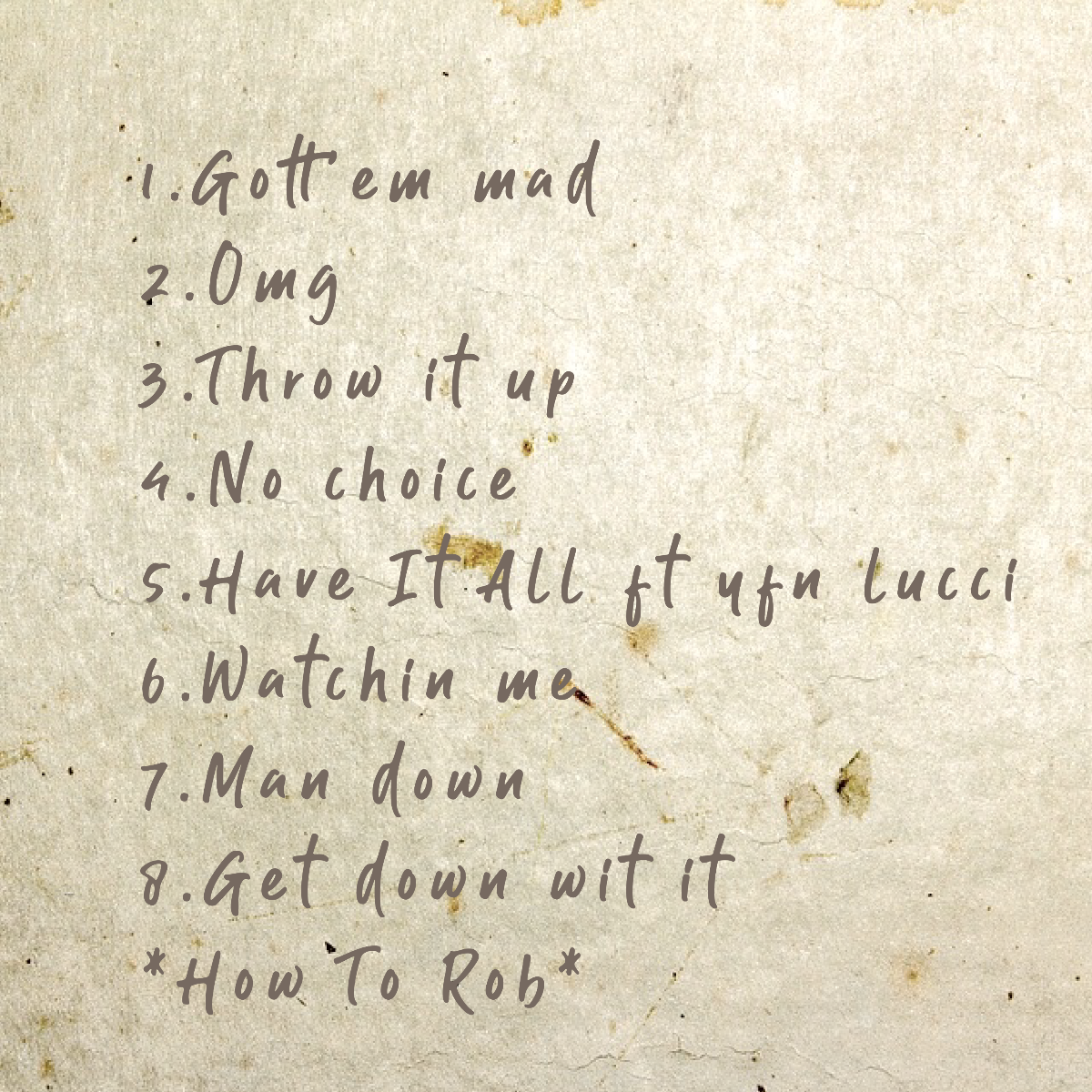 Baltimore rapper Bandhunta Izzy rose as one of his hometown’s most exciting young artists in 2016 when he started to gain traction from a slew of beat-jacking lyrical showcases. Though rap was not initially on the agenda, the 22-year-old West Baltimore native born Israel James always had a gift for creativity. In school, one of the only subjects that consistently commanded his attention was art, where he excelled. What started as illustrating at home as a hobby grew into Izzy using his own body as a canvas as he began tattooing himself and friends.

In September 2019, Izzy turned heads around the industry when he dropped “How To Rob,” a modern update of the 50 Cent song of the same name. Released with a Lyrical Lemonade-produced video, “How To Rob” finds Izzy taking playful shots at some of the most popular names in the rap game, flexing his lyrical muscles to rib rhymers like Lil Uzi Vert, Lil Pump, Gunna, and more. With over 5 million on-demand streams and 3.3 million YouTube views, “How To Rob” established Izzy as a rapper to watch ahead of his That’s Pretty Gangster EP, which hit DSPs on October 30th.