With a laidback demeanor that belies the intensity of his lyrical content, BandGang Lonnie Bands is one of the key figures of Detroit’s bustling rap scene. Painting a vivid picture of his large-living life in the trenches, Lonnie shares “Foreva Rollin,” his latest video. Produced by Foreva Rollin, who gives the track its name, the song is a propulsive anthem dominated by stuttering blasts of bass and piano loops that would feel at home in a Michael Myers Halloween film. Lonnie goes toe-to-toe with Memphis riser BIG30, his fast-talking flows contrasting with 30’s easygoing drawl, both rhymers discussing their heavy status in the trap game: “This sh*t would blow your mind if you knew how much these pills cost,” states Lonnie. In the video, directed by Lonnie’s frequent collaborator AZA, Lonnie and 30 stunt in Detroit with a large crew, as they show off their car collection and flash wads of cash for the camera. “Foreva Rollin” is a highlight track from Hard 2 Kill, Lonnie’s critically acclaimed new album.

Arriving months after Lonnie survived a near-fatal shooting incident, Hard 2 Kill brims with a sense of energy and urgency that adds drama to each piano riff and 808 thump. On the album, Lonnie rhymes with a new level of fearlessness, discussing his exploits in the streets, demonstrating his rap supremacy, and daring the opps to take another shot at him. H2K benefits from Lonnie’s spectacular ear for beats, each of which slyly subverts the kinetic, piano-heavy Detroit sound that he helped popularize with BandGang, as he samples Eminem on the mischievous “Where’s Marshall” and uses Eastern stringed instruments in recent single “Glocks & Choppas.” Praised by Pitchfork, Stereogum, Consequence, HowNewHipHop, and many others, and with guest spots from EST Gee, OhGeesy, Young Nudy, BIG30, Reece Young’n, OnFully, and more, Hard 2 Kill is available everywhere via TF Entertainment. 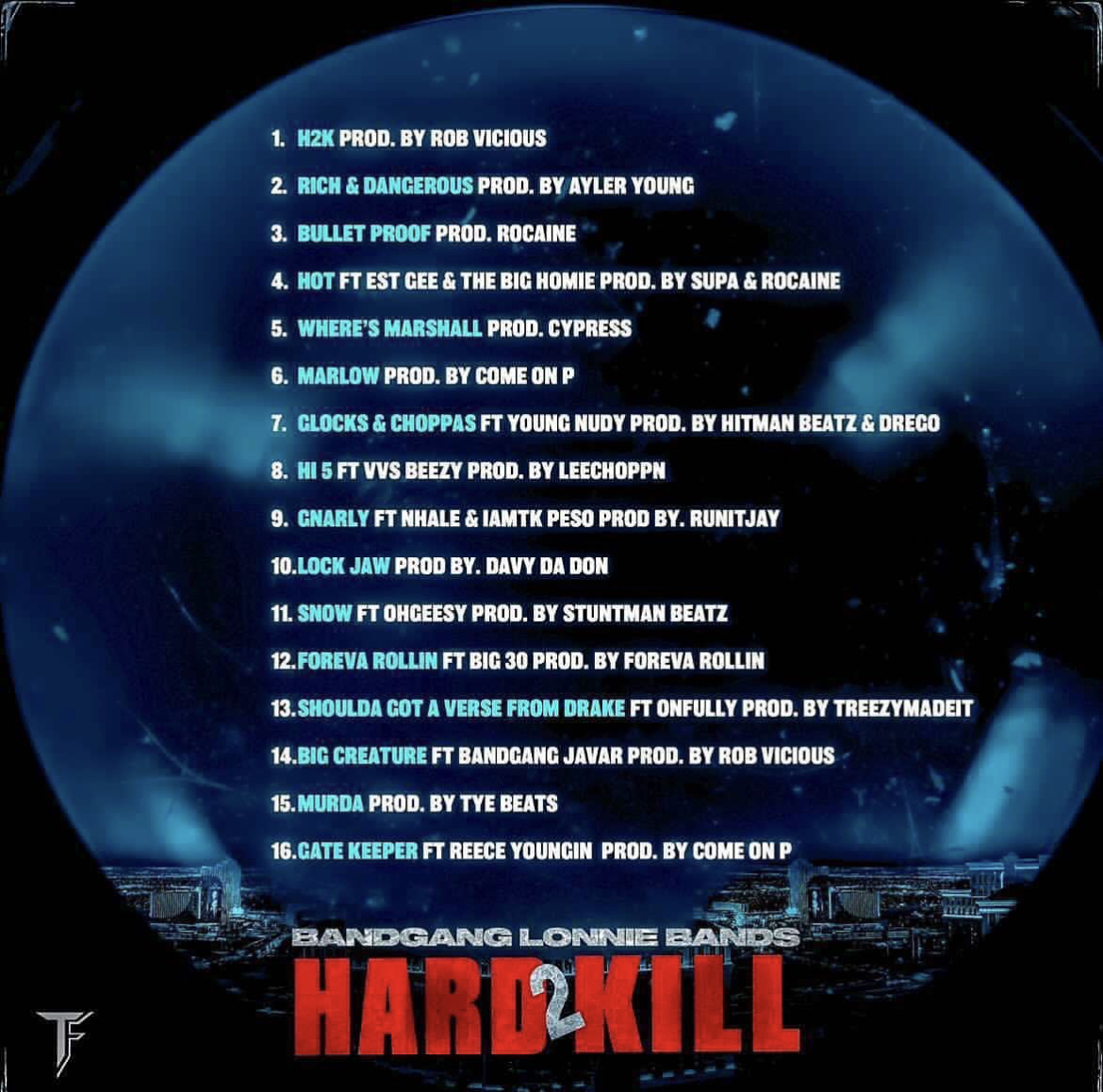