With 30,000 Guests Attending the Sold Out Festival, the Second Annual Baja Beach Fest was a Resounding Success

Providing a breezy and beautiful beach weekend full of the best in urban latin music, Baja Beach Fest is one of a kind. Day 2 brought even more artists to the fold, as 30,000 fans ambled onto Las Playas de Rosarito for another day of nonstop music. Headliners Bad Bunny, Nicky Jam, and Becky G performed full-length sets on the state-of-the-art stage (similar in dimensions to the main stage at Coachella), thrilling the sold-out crowd with smash hits and stage effects. The epicenter of the urbano boom, Baja Beach Fest is well on its way to becoming an institution in Rosarito and the music industry at large.

Among the night’s highlights was a heartfelt speech by Becky G, echoing the festival’s multicultural and multinational appeal, delivered before she performed her song “Cuando Te Besé”:

“I’m really proud because I was born and raised in the streets of Inglewood, that’s right, Inglewoooood. I lived my life in between two worlds representing two flags. Y siempre le dijeron, ‘Your either too Mexican for the Americans or too American for the Mexicans – you can’t be in the middle’ And my whole life I was like, ‘Yo, what the fuck?’ You feel that, right? What am I gonna do? Because I’m proud of where I was born and I’m proud of where I was raised. But the blood that runs through my veins. That blood, nobody can take away from me. And my story started here before I was born. Before my parents were born. Aqui in Mexico, buey. So when people tell me that, ‘You’re not Mexican’…come to my mama’s house on a Sunday, lemme show you. And when I started singing music in Spanish it was my biggest fear and there were certain songs that I sang that transcended any language, any border, any color, any religion, and it was songs like this next song I’m gonna sing. So if you know it, I would love to hear you sing it at the top of your lungs.”

Founded by Chris Den Uijl and Aaron Ampudia in 2018, Baja Beach Fest is the epicenter of a global music phenomenon. Expanding from one to two days and tripling the number of performing artists, the second annual festival sold out less than one week after on-sale. 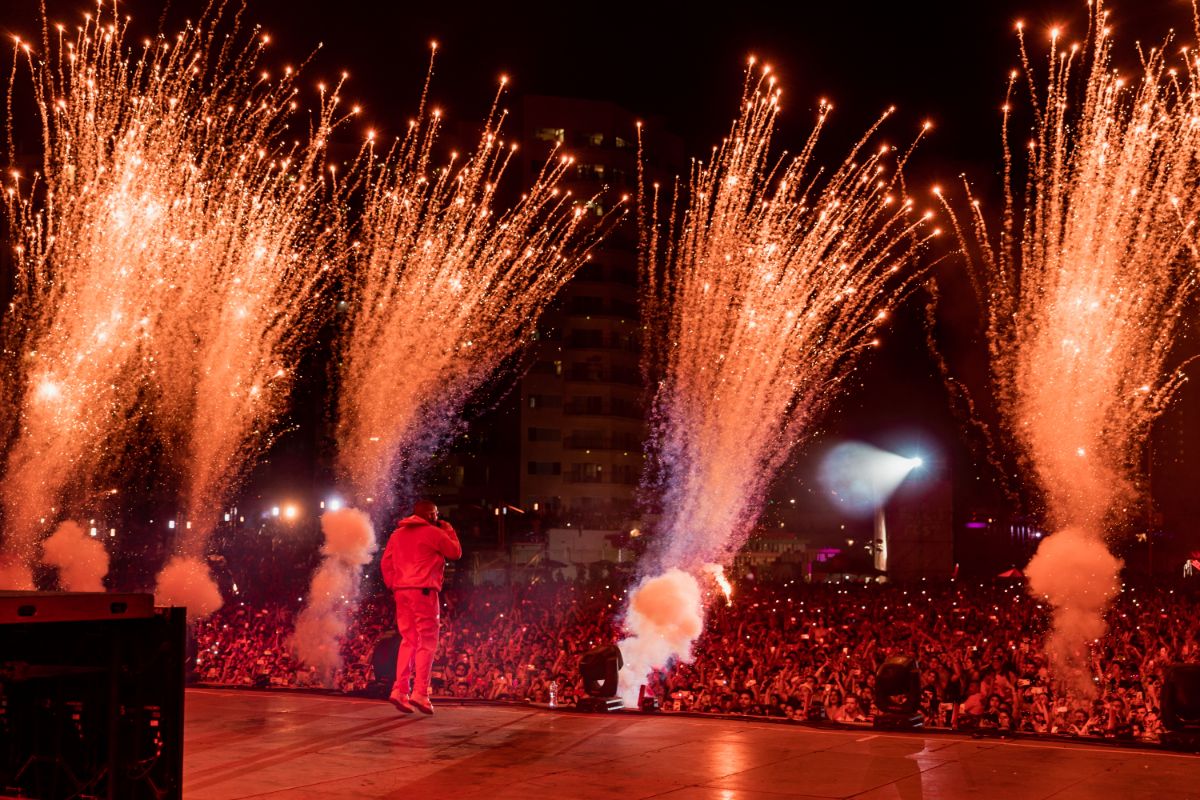 “El Conejo Malo” closes out the fest with a boost of energy and an endless parade of hits (Credit: Baja Beach Fest/Miranda McDonald) 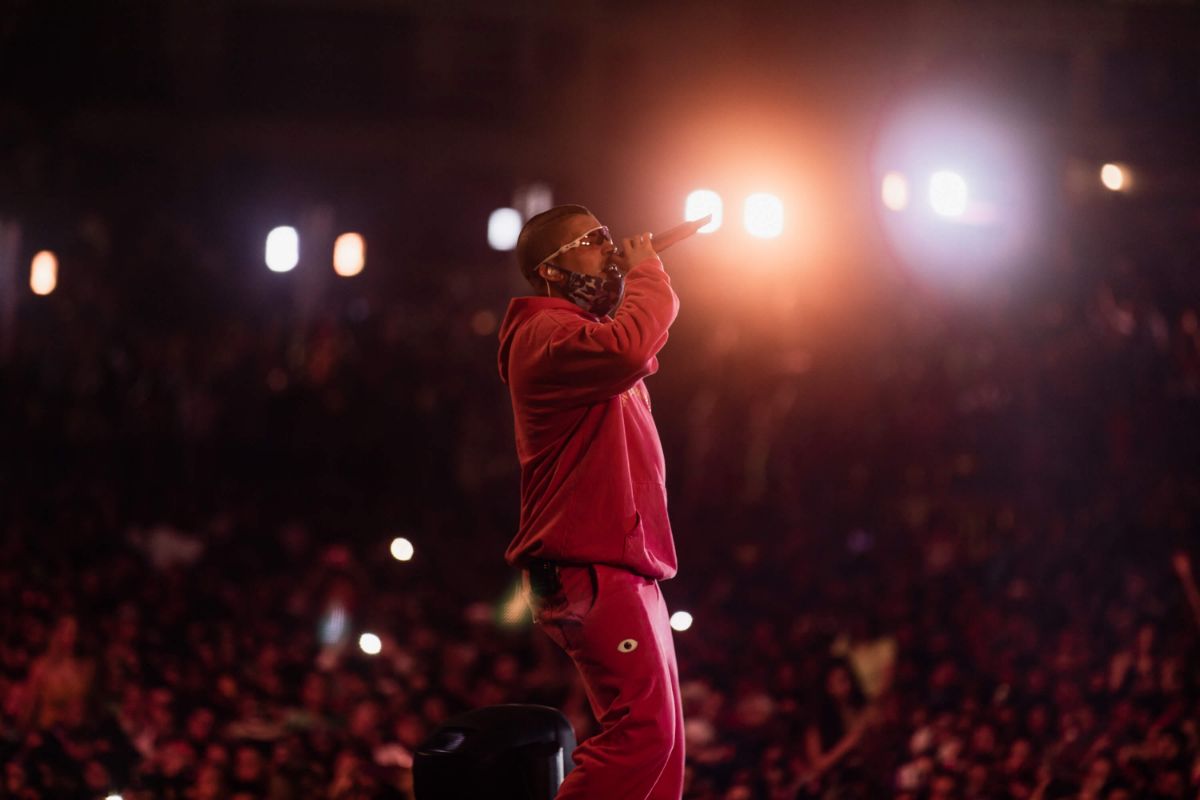 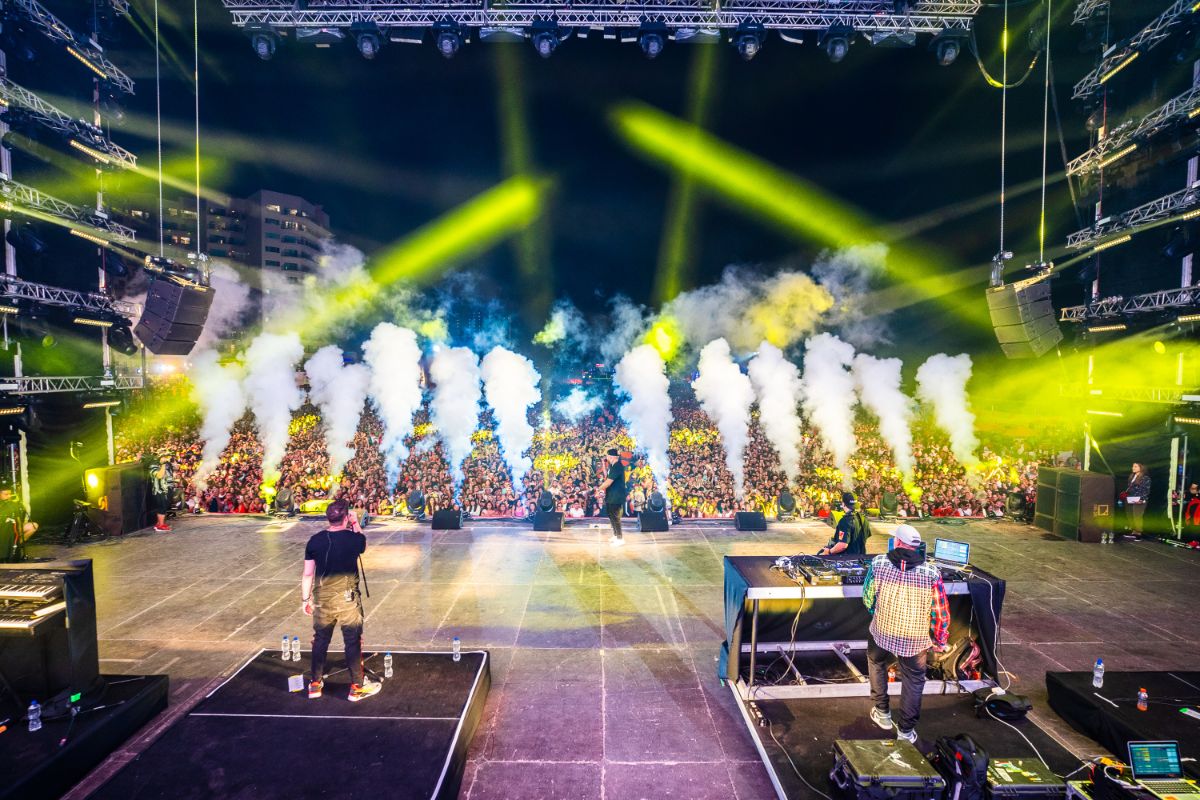 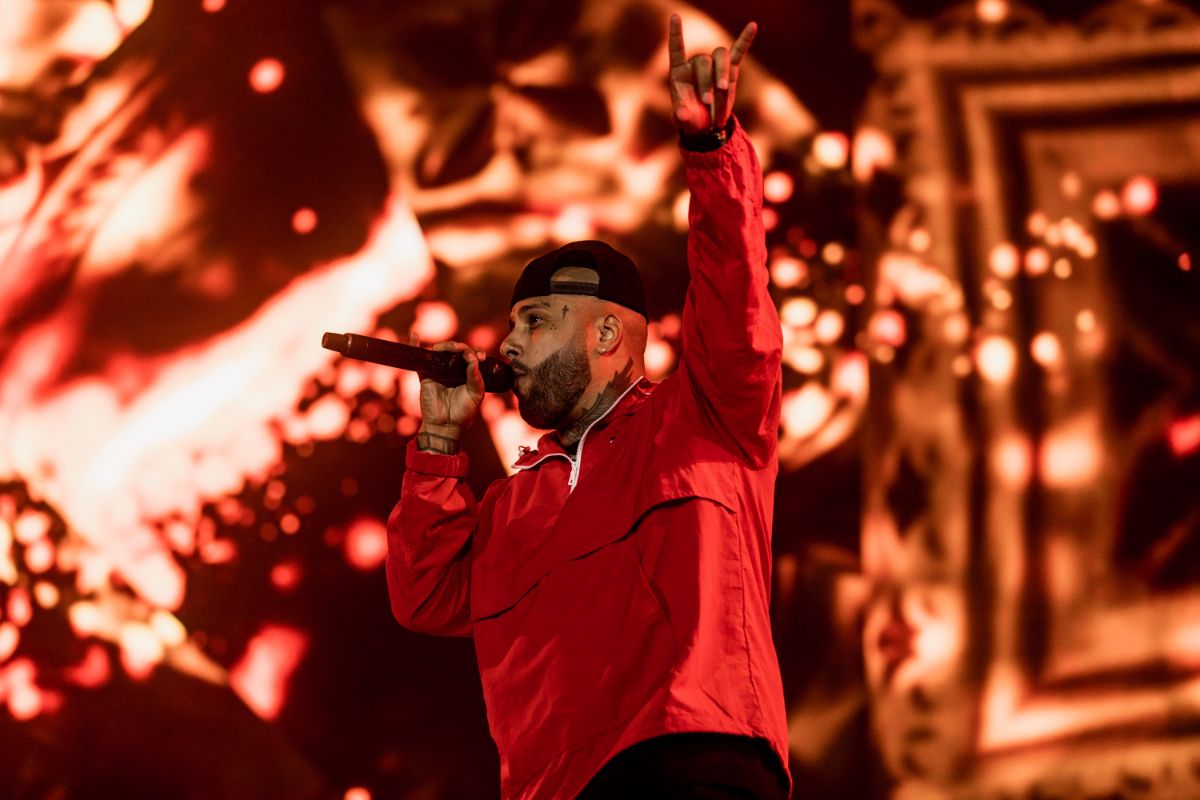 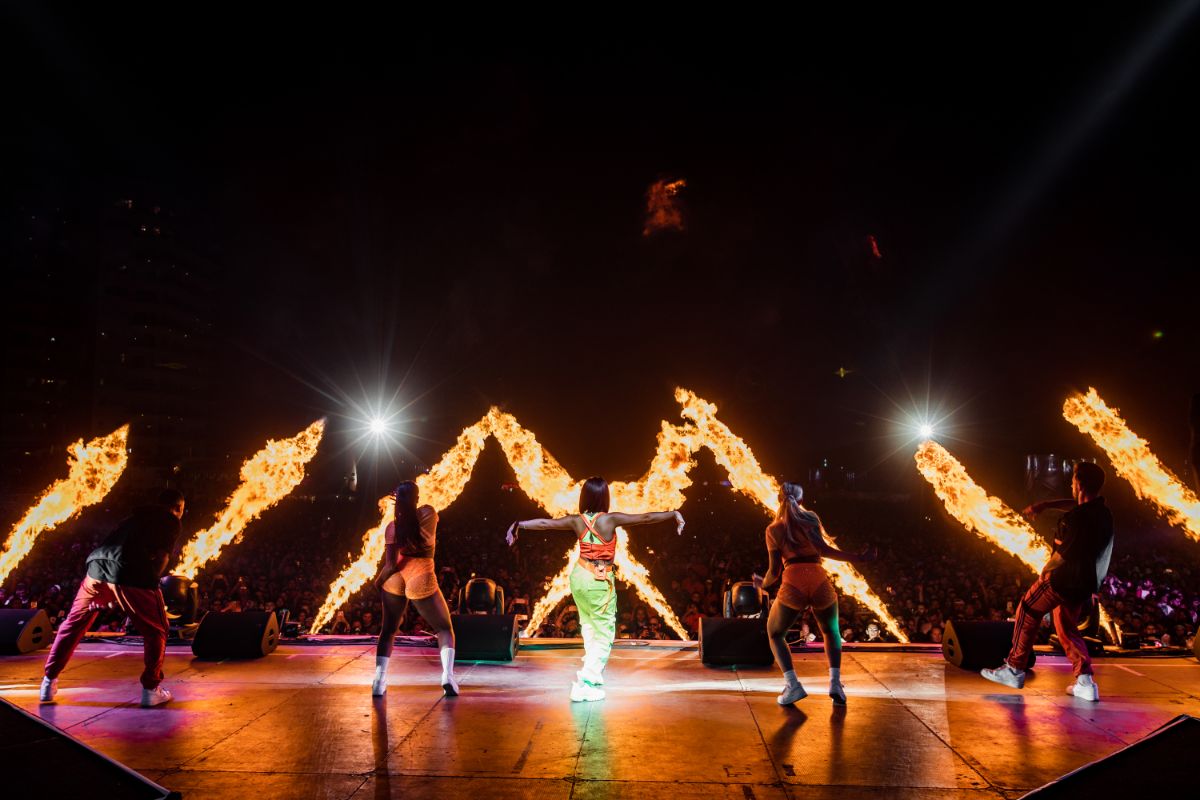 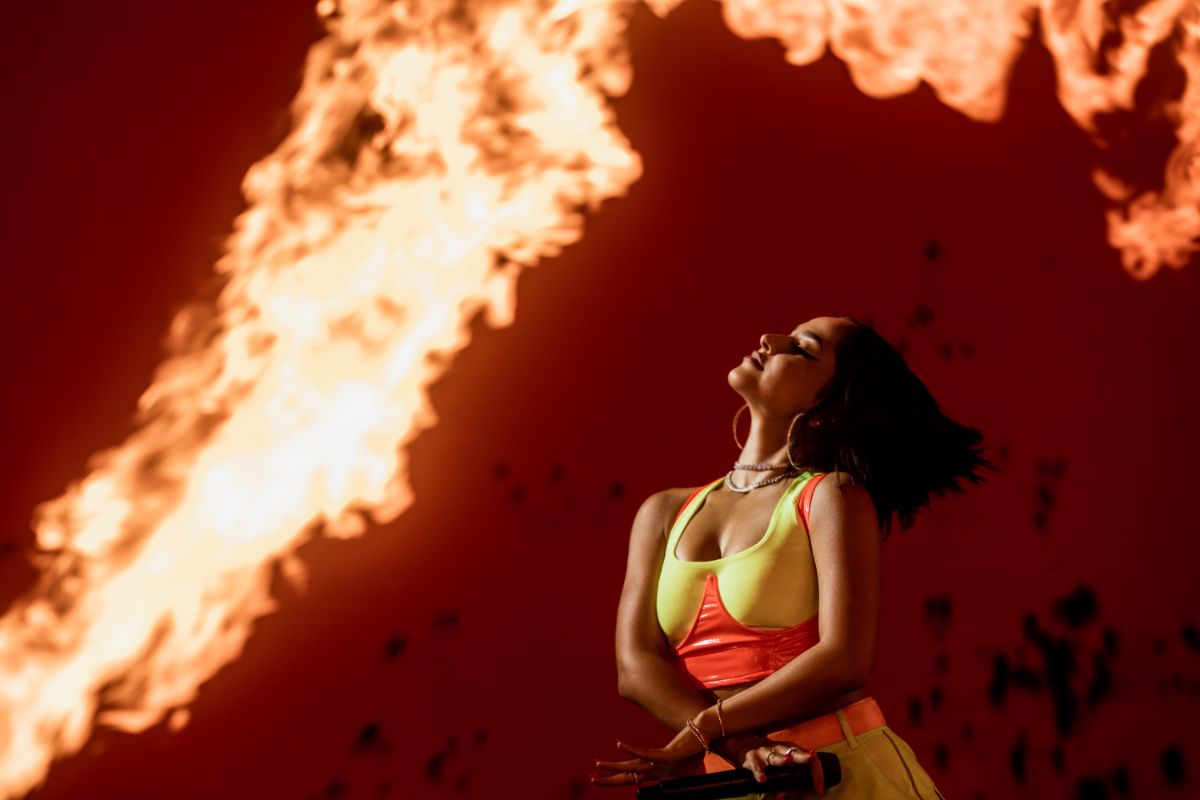 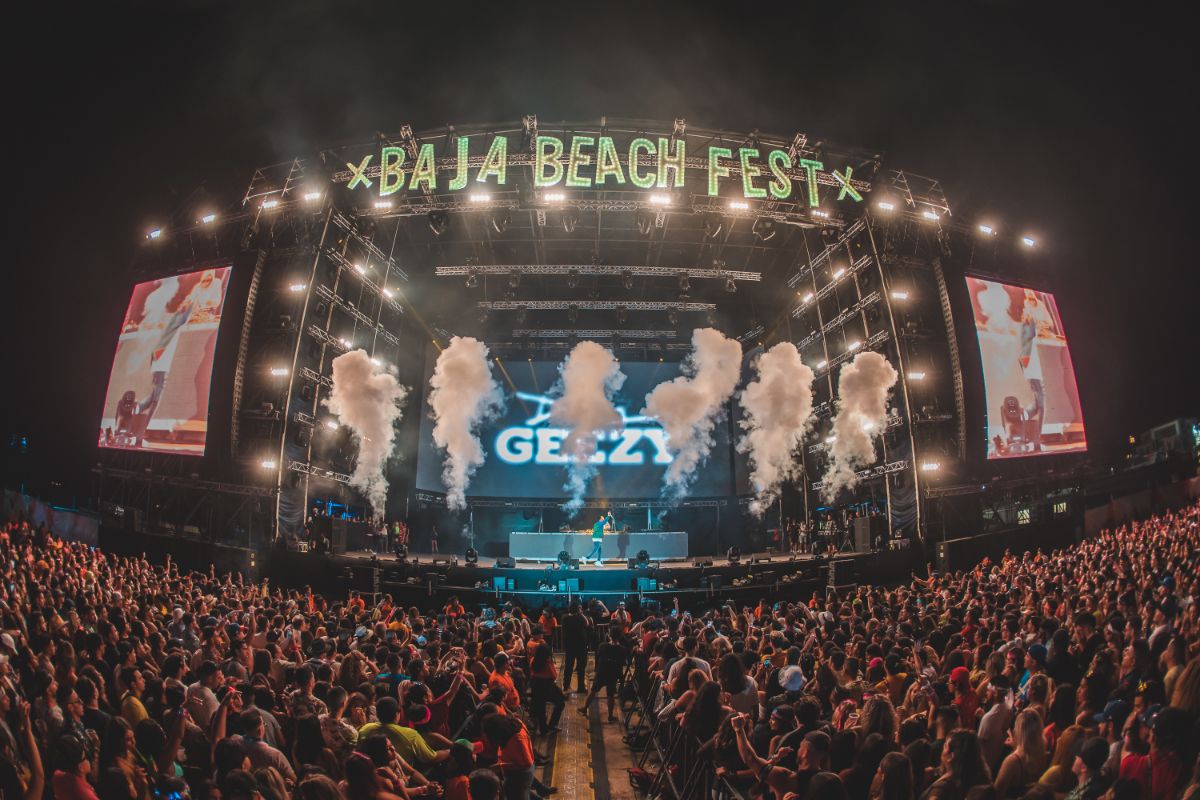 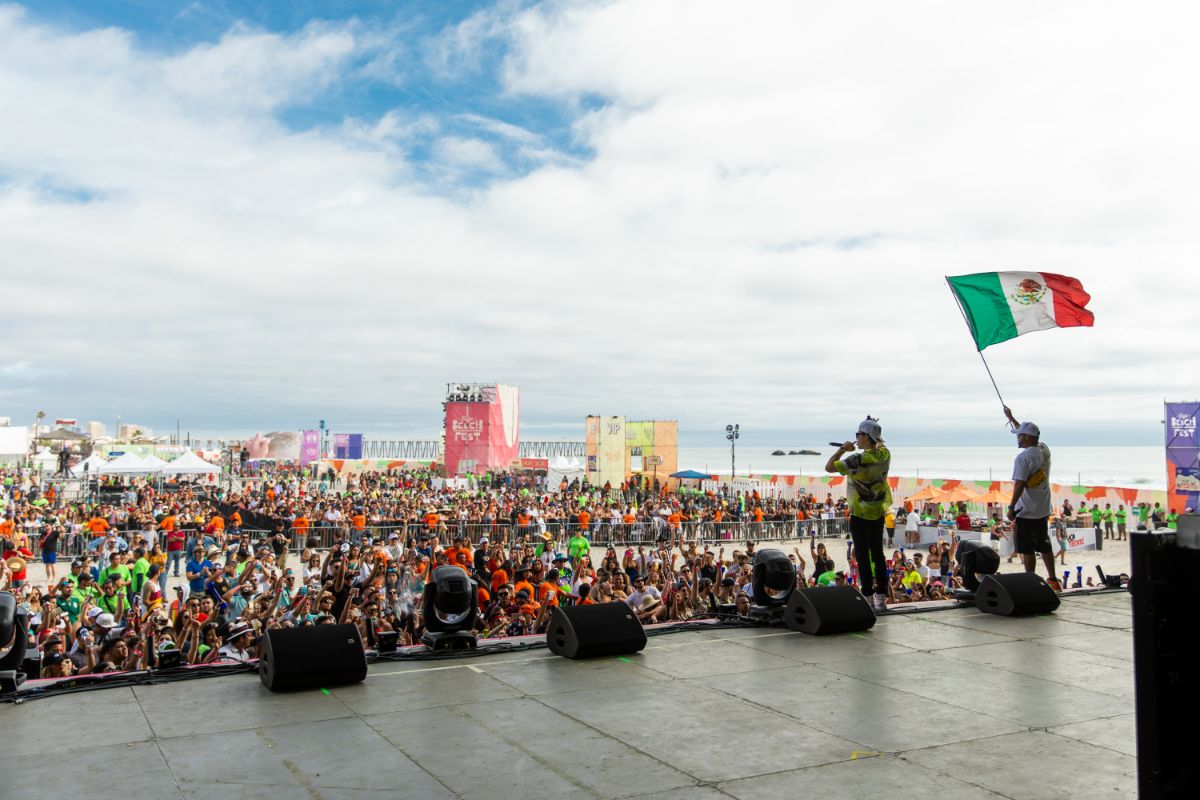 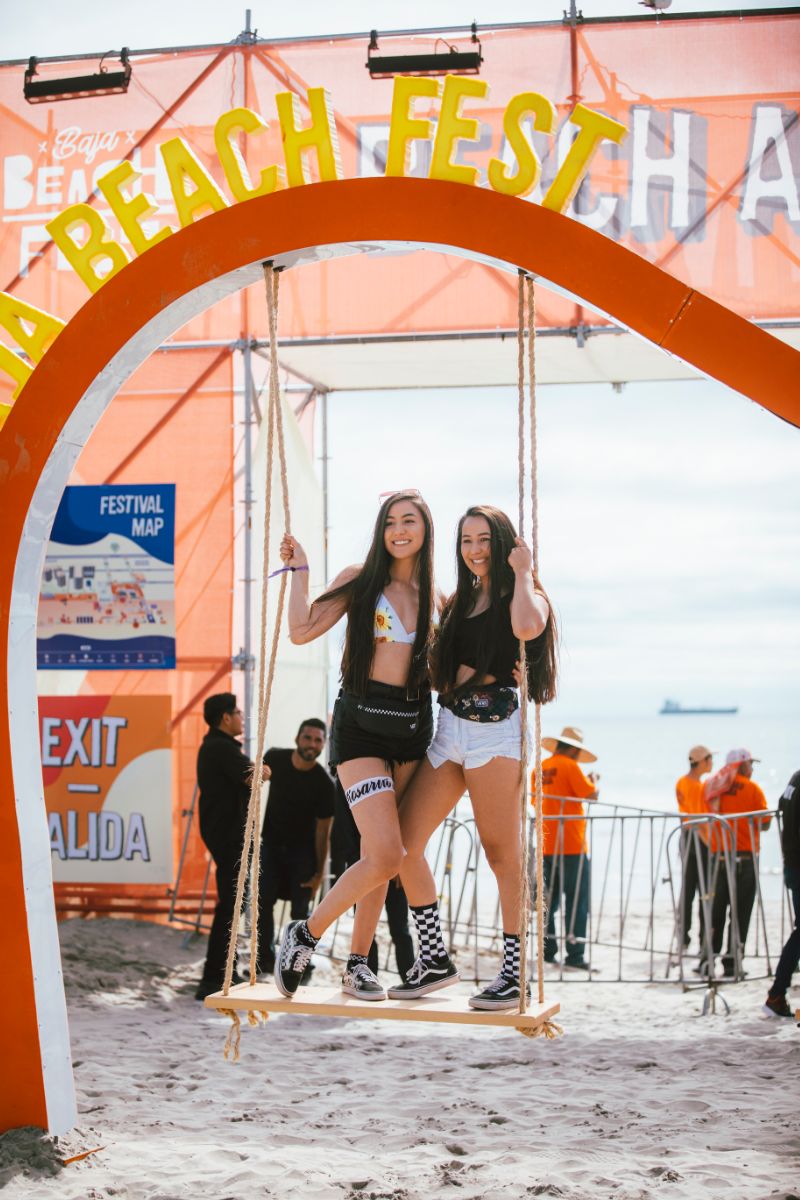 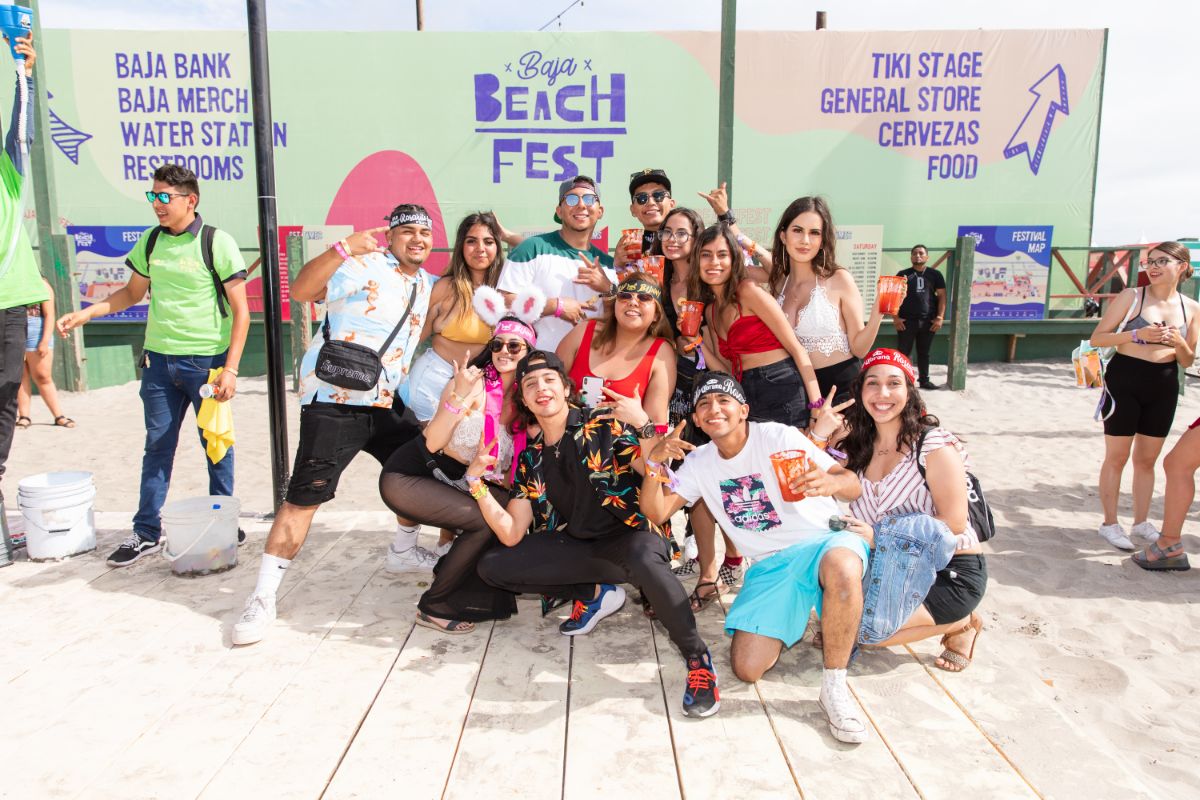 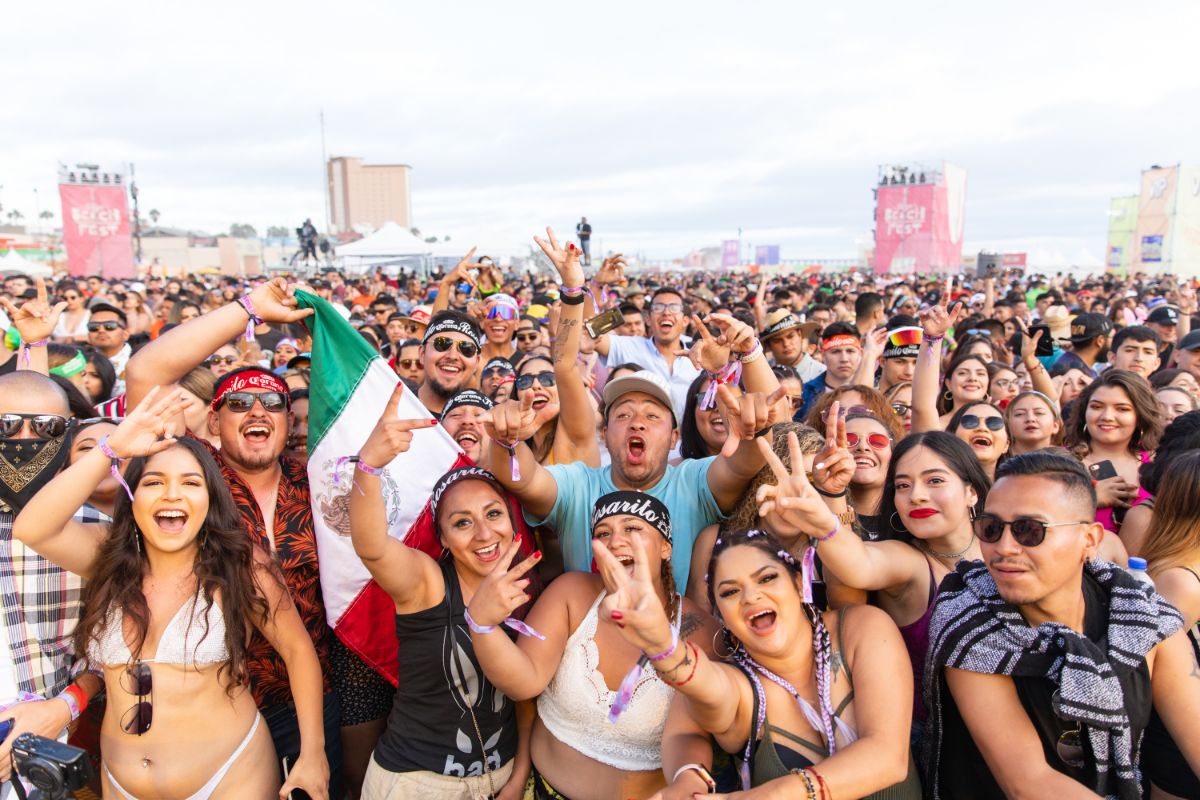 Among the most passionate of the fest’s 30k attendees (Credit: Baja Beach Fest/Jose Prado) 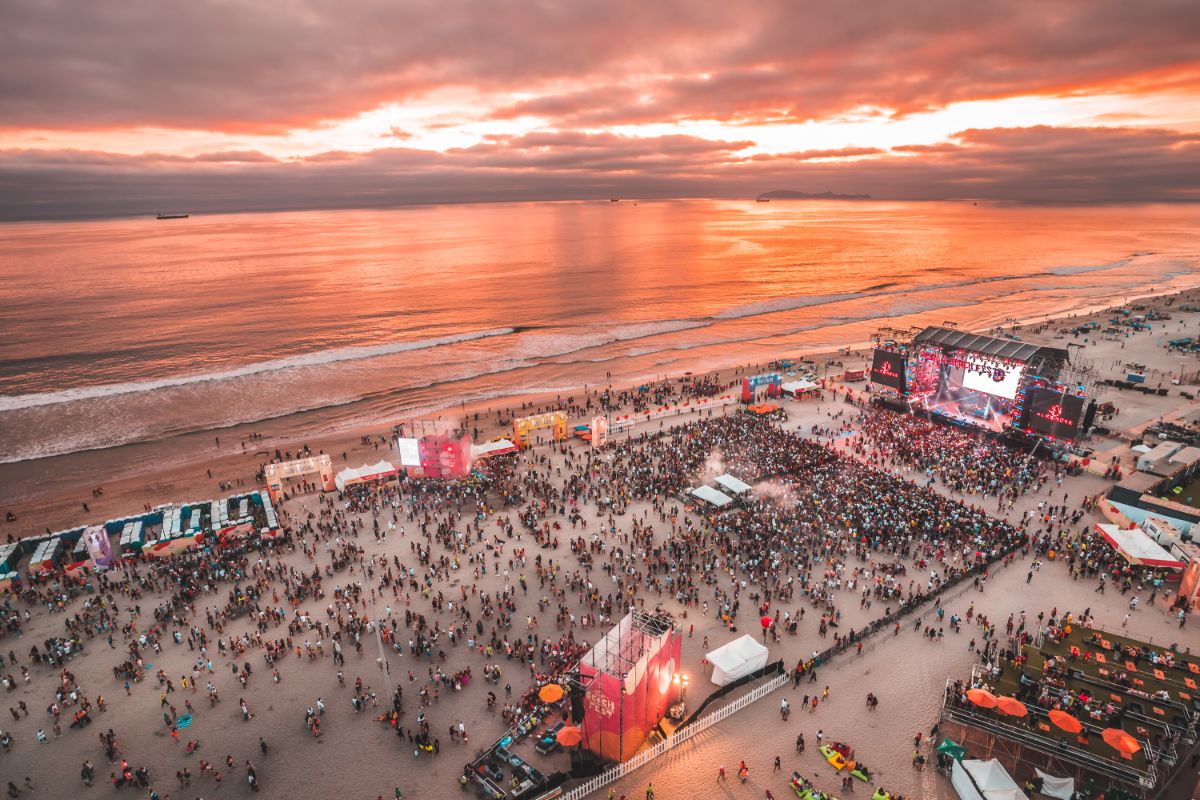 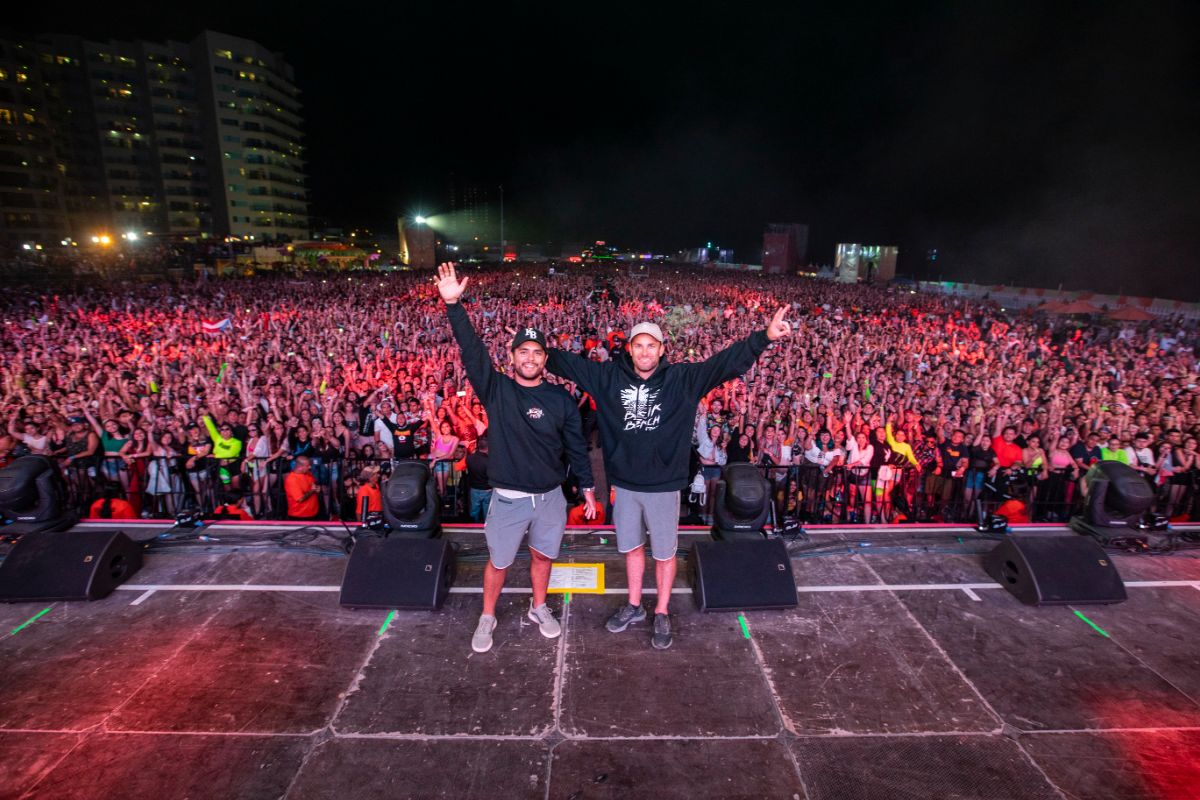 When Ozuna and Mark B sang “El día está pa’ playa y arena, la vamos a pasar muy bien” in 2016, they very well may have been foreseeing the launch of the Baja Beach Fest two years later. After a remarkable inaugural year,  Baja Beach Fest is back for its sophomore year, celebrating the Latin community, beach vibes, and young Latin trap/reggaeton music. The first and only festival of its kind –– Baja Beach Fest Fest is held on the sand of the oceanfront resort of Rosarito, creating an all-encompassing experience of music and coastal feels. It was imagined into existence by two friends, Chris Den Uijl and Aaron Ampudia, and dedicated to the local community who wanted to bring the world’s most streamed artists together for a weekend of music. 2019 sees the festival expand to two days in August and promises headlining performances from Nicky Jam, Bad Bunny, J Balvin, and the first-ever festival appearance by Ozuna.