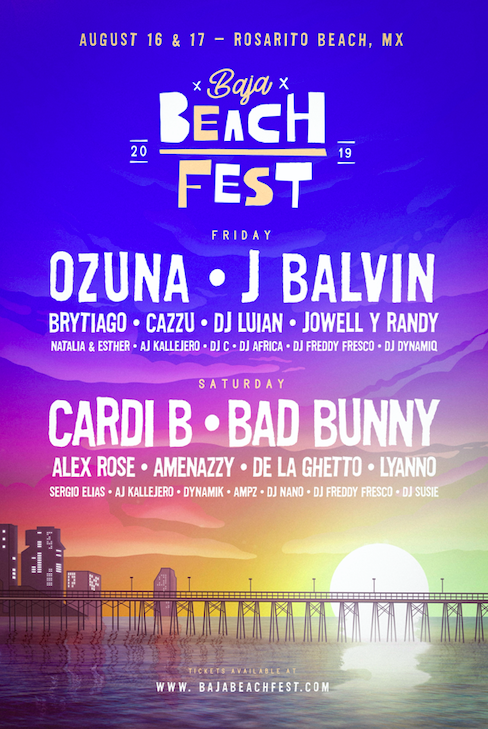 Bringing the biggest and best young Latin artists together for a picturesque seaside bash, Baja Beach Fest is the premier Latin trap/reggaeton festival on the West Coast. Leveling up to unprecedented heights for its second annual festival, Baja Beach Fest recruits Cardi B, Bad Bunny, J Balvin, and Ozuna (in his first festival performance) to headline the two-day soiree. In addition to its unbeatable array of headliners, the festival will boast performances from Brytiago, Amenazzy, Alex Rose, De La Ghetto, Cazzu and many more. Occurr-ing (Okurr!-ing?) on August 16th and 17th in Rosarito Beach, MX, just a 30-minute drive from San Diego, Baja Beach Fest is a coronation for the new generation of Latin Trap and Reggaeton artists, and the next step on their path to world domination.

Collectively earning tens of billions of streams in 2018 alone, the festival’s headliners are arguably the artists most responsible for Latin music’s international explosion. Puerto Rican artist Bad Bunny topped charts and headlines in 2018, collaborating with Drake and appearing on two top 20 Billboard hits. Seam-lessly navigating between trap and reggaeton, Ozuna was YouTube’s most-viewed artist in 2018. Colo-mbian artist J Balvin dropped a massive hit with “Mi Gente” (over 4 billion total streams) which scored a remix with Beyoncé and earned Balvin a prime performance slot at the 2019 Grammys. Cardi B em-braced her Latin heritage in 2018, earning a Billboard number one hit when she collaborated with J Balvin and Bad Bunny for “I Like It.”

Following up a sold out pre-sale, General Admission and VIP tickets are currently on-sale at BajaBeachFest.com

Expanding from one to two days and tripling the number of performing artists, Baja Beach Fest is the epicenter of a global music phenomenon. Founded by Chris Den Uijl and Aaron Ampudia in 2018, Baja Beach Fest brought together some of the most popular and fastest rising names in music, including Bad Bunny, Farruko, Yandel, Bryant Myers, DJ Kass, Sergio E, and more. Stay tuned for more announcements about the 2019 festival 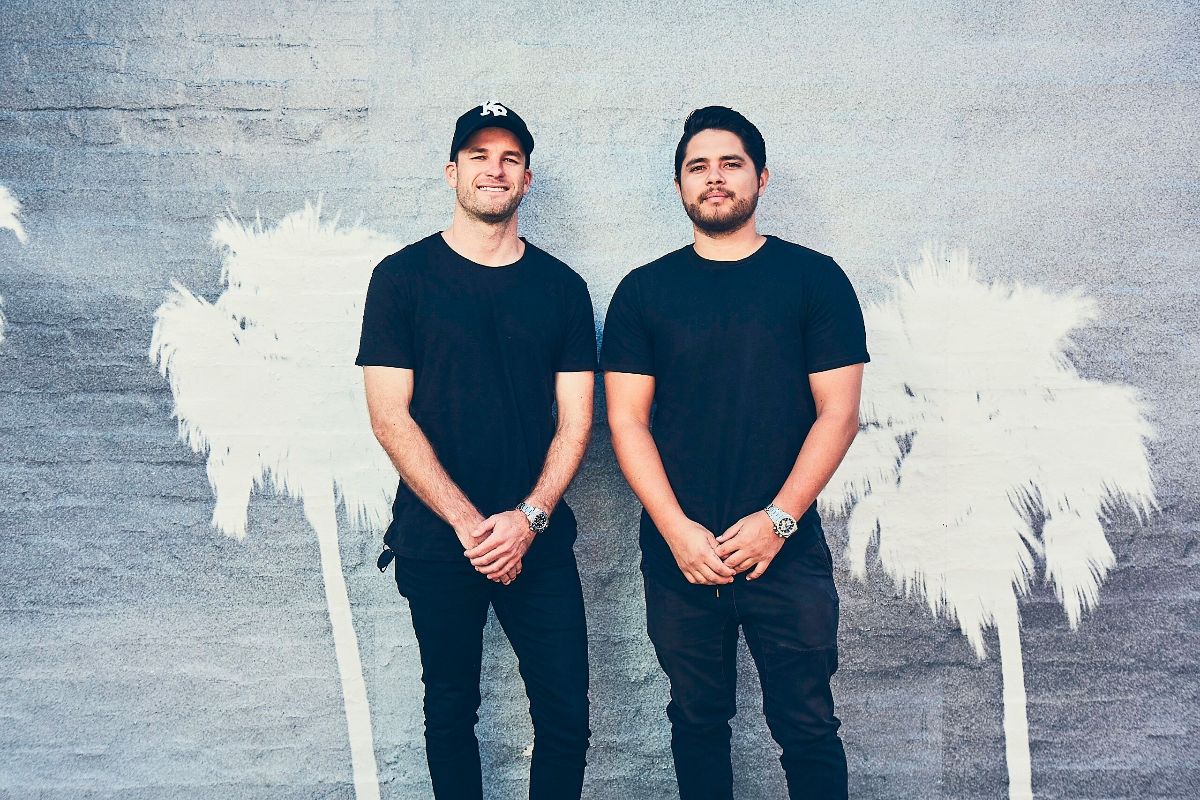 When Ozuna and Mark B sang “El día está pa’ playa y arena, la vamos a pasar muy bien” in 2016, they very well may have been foreseeing the launch of the Baja Beach Fest two years later. After a remarkable inaugural year,  Baja Beach Fest is back for its sophomore year, celebrating the Latin community, beach vibes, and young Latin trap/reggaeton music. The first and only festival of its kind –– Baja Beach Fest Fest is held on the sand of the oceanfront resort of Rosarito, creating an all-encompassing experience of music and coastal feels. It was imagined into existence by two friends, Chris Den Uijl and Aaron Ampudia, and dedicated to the local community who wanted to bring the world’s most streamed artists together for a weekend of music. 2019 sees the festival expand to two days in August and promises headlining performances from Cardi B, Bad Bunny, and J Balvin, and the first-ever festival appearance by Ozuna.