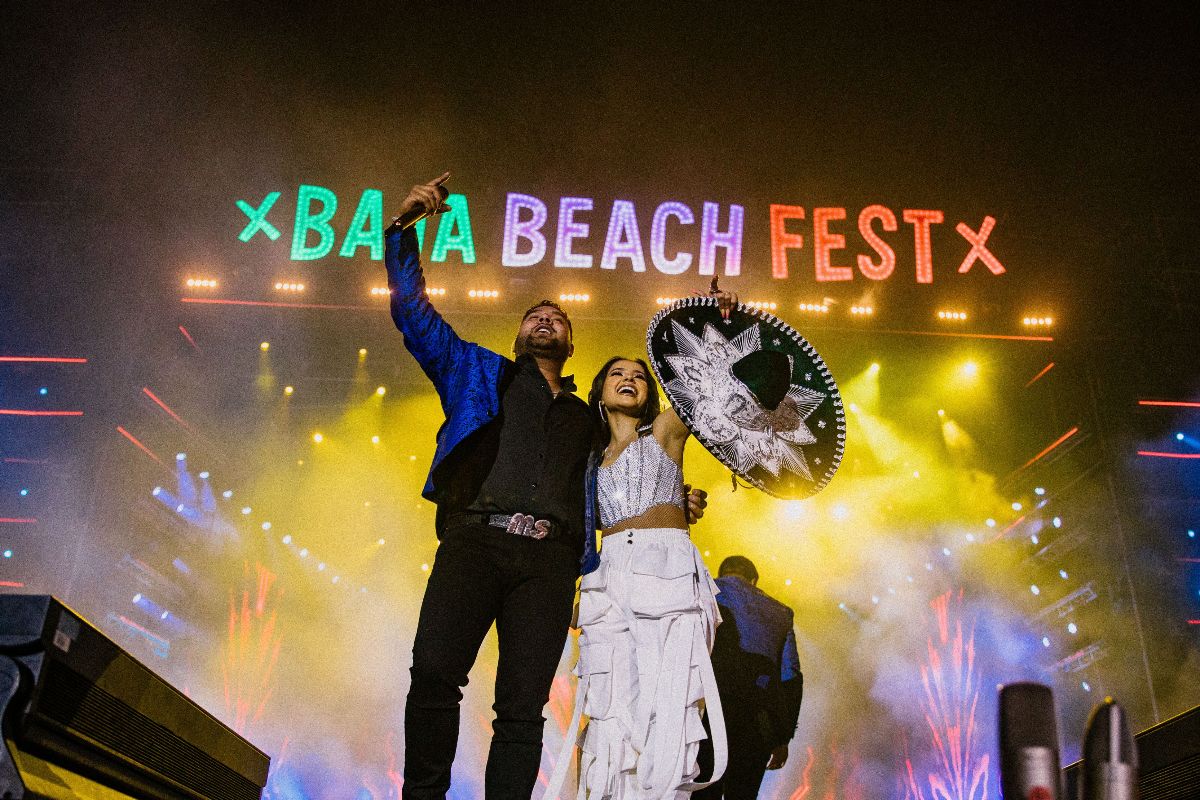 Baja Beach Fest was a celebratory return for live Latin Music, bringing together massive stars and passionate fans with pure vibes and perreo. The third edition of the festival was a landmark one–Baja Beach Fest was the first Latin American music festival to return from the pandemic hiatus, and the first festival in any location to be granted permission by local government to successfully and safely complete a second weekend.

Fans and artists were in a celebratory mood this past Sunday, as the festival’s second weekend came to a close. The festival stacked the final day with some of the biggest stars in Latin Music (and music at large), each of them adhering to the highest standard of performance and production value. The night ended with a colorful set from J Balvin, one of the people most responsible for making Reggaeton a worldwide pop phenomenon. Balvin had a few tough acts to follow, including heavyweights like Rauw Alejandro, a golden-voiced superstar who is one of the 40 most-listened-to artists in the world on Spotify, Panamanian multi-talent Sech, and hit-making singer-songwriters Justin Quiles and Jhay Cortez.

In addition to the unbeatable slate of performers, Baja Beach Fest welcomed an array of notable surprise guests. Most notable among them was Canelo Álvarez, a boxer and Mexican icon who joined J Balvin on stage and waved the Mexican flag between sets. The beaches of Rosarito also welcomed notable figures like Mexican national football star Giovani dos Santos, and popular TikTok creator Mufasa (aka @cousinskeether).

Standing out in a sky full of stars was Becky G, the Mexican-American pop sensation, who after performing her own impeccably choreographed hits brought out Banda MS, one of the most-beloved acts in the Mexican music industry. The 14-piece collective backed up Becky during their show-stopping collab “Qué Maldicion” (the recorded version of which features an appearance from Snoop Dogg) and thrilled the hometown crowd with their impeccable Banda bangers.

Baja Beach Fest co-founders Chris Den Uijl and Aaron Ampudia cleared seemingly impossible hurdles to be granted permission to produce two back-to-back weekends of the festival, setting an example that music festivals of any size or genre would be wise to follow. Baja Beach Fest is quickly becoming an institution in global music industry, expanding from a single-day festival to the largest Latin Music and Reggaeton festival in the world.

Chris Den Ujil states, “There are no words to truly express what it is like to see the vision of the biggest Reggaeton festival in the world come to life with mi hermano Aaron and the incredible support from our BBF family. We worked for over a year refining the planning protocol, creative, talent, safety, experience and logistics. Thank you all for following through with the extended process of activating your wristbands, by uploading your vaccination cards, or getting tested. We had over 90% vaccinated fans and artists, and 100% vaccinated staff.”

Aaron Ampudia adds, “No other venue or festival has put a process like this before. We had to all work together to make it work. We are setting the tone on how to bring back music events safely!!! Una vez más estamos demostrando que los Latinos somos los líderes del mundo!! NOS VEMOS EN LA PLAYA!”

Baja Beach Fest and its inimitable oceanside vibes will return to Rosarito next year, but in the meantime, stay tuned for more exciting announcements from the ever-growing festival.

View a full complement of photos and other media from the festival at this Dropbox: https://www.dropbox.com/sh/cijv2aripe6szz8/AAADvkMbLJn_61Ti6fSiHsuXa?dl=0 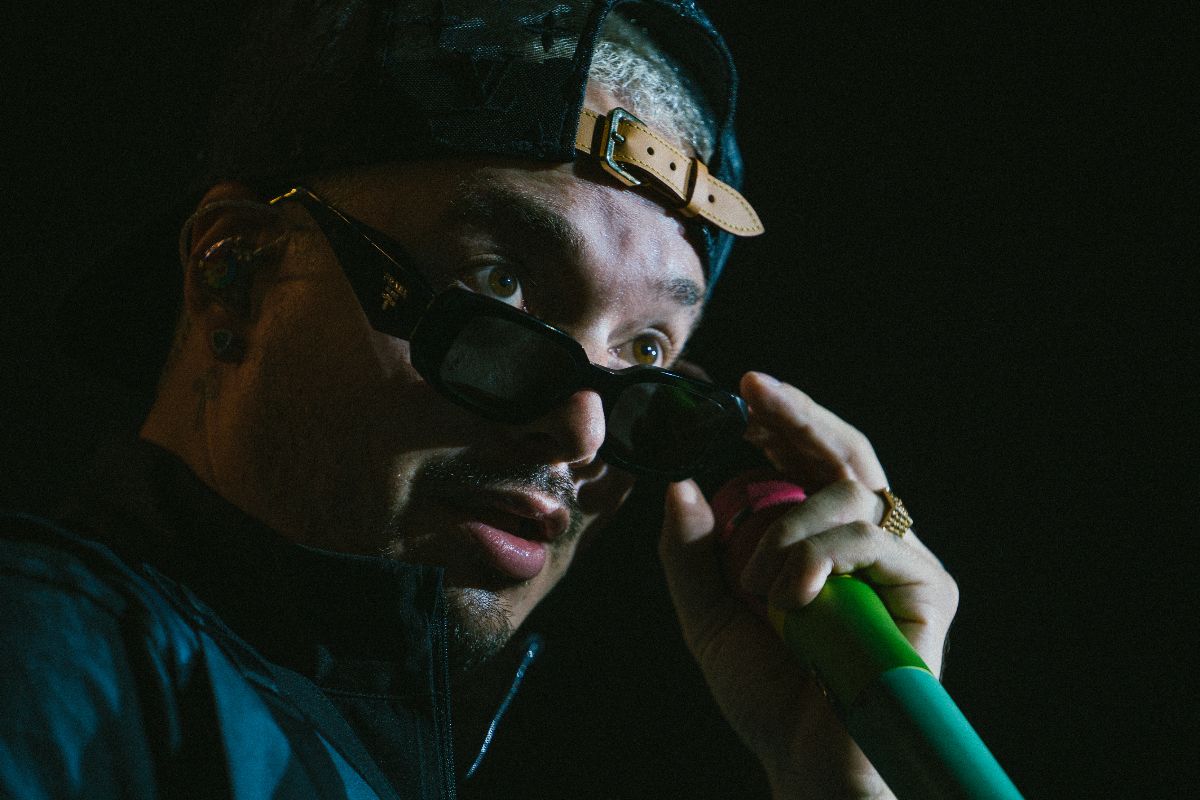 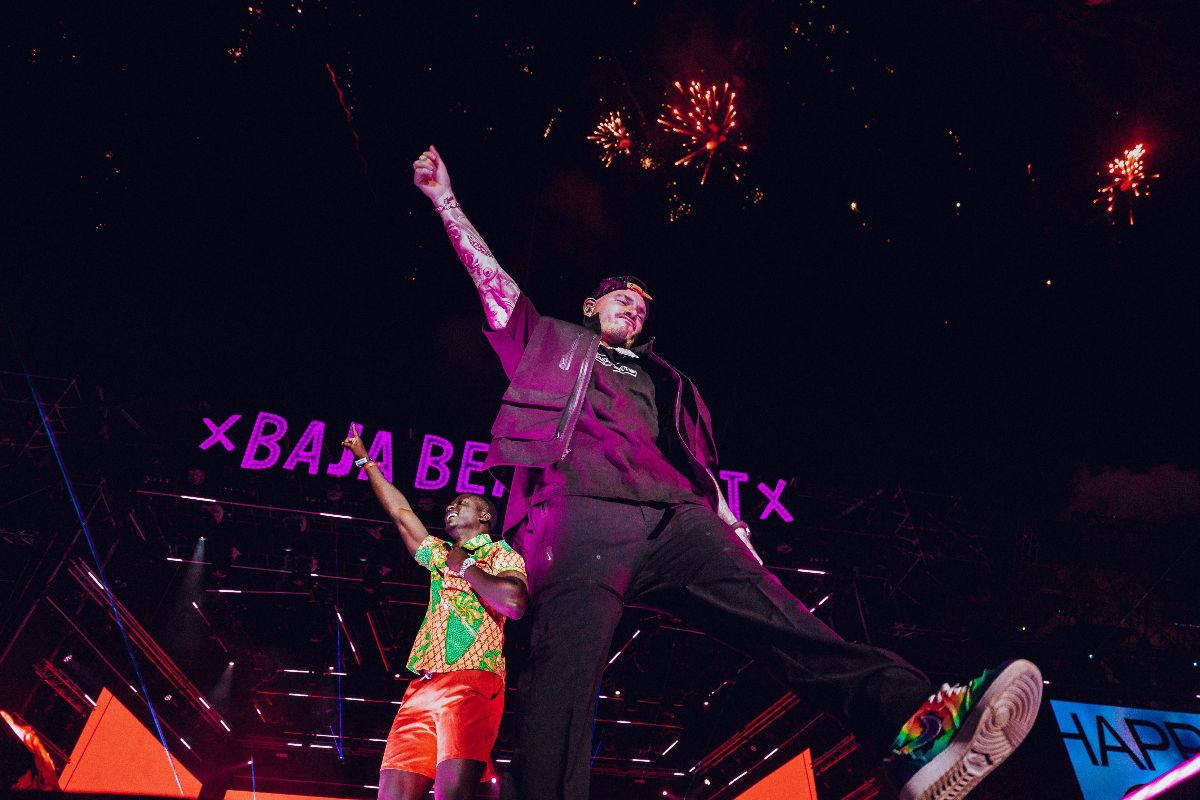 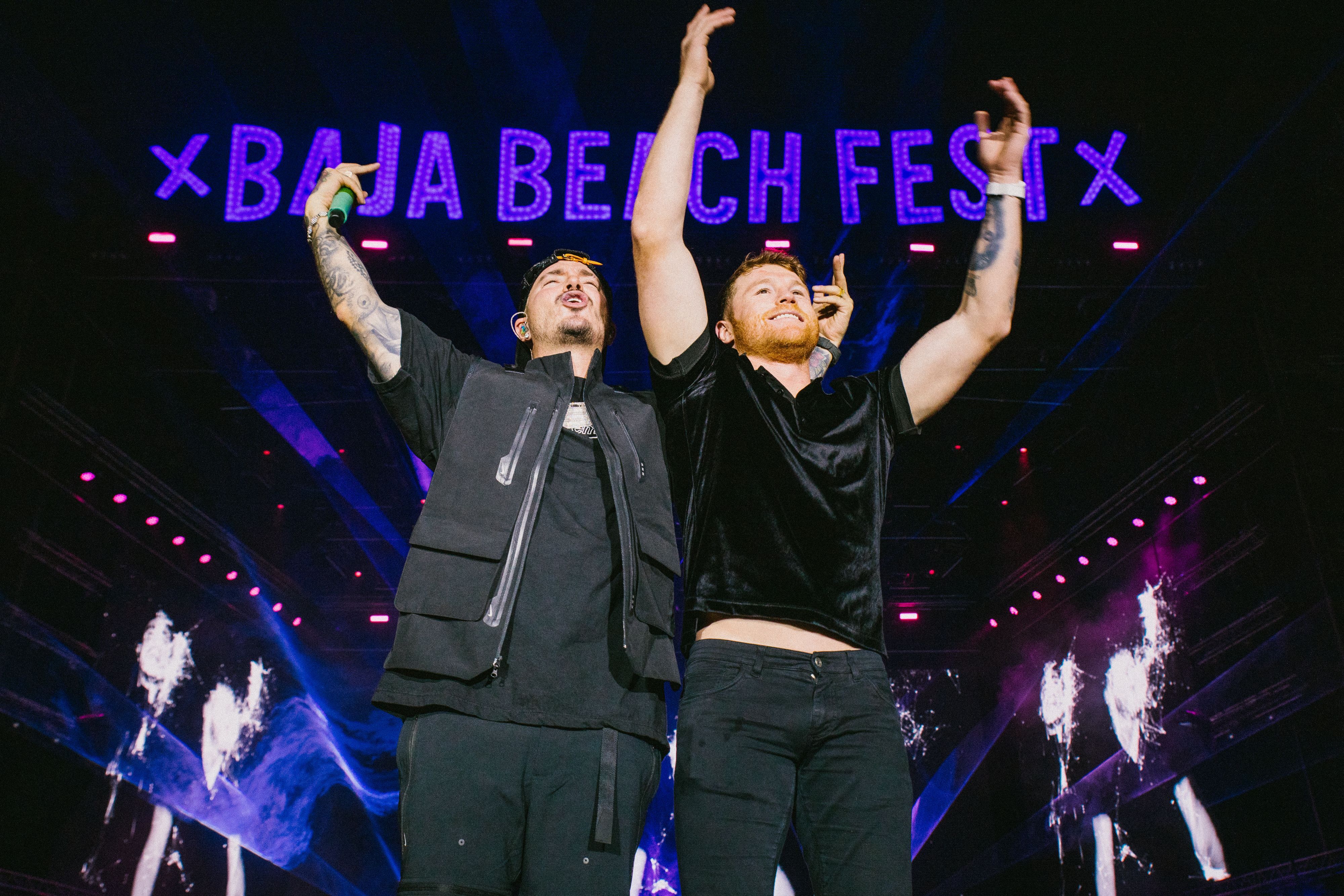 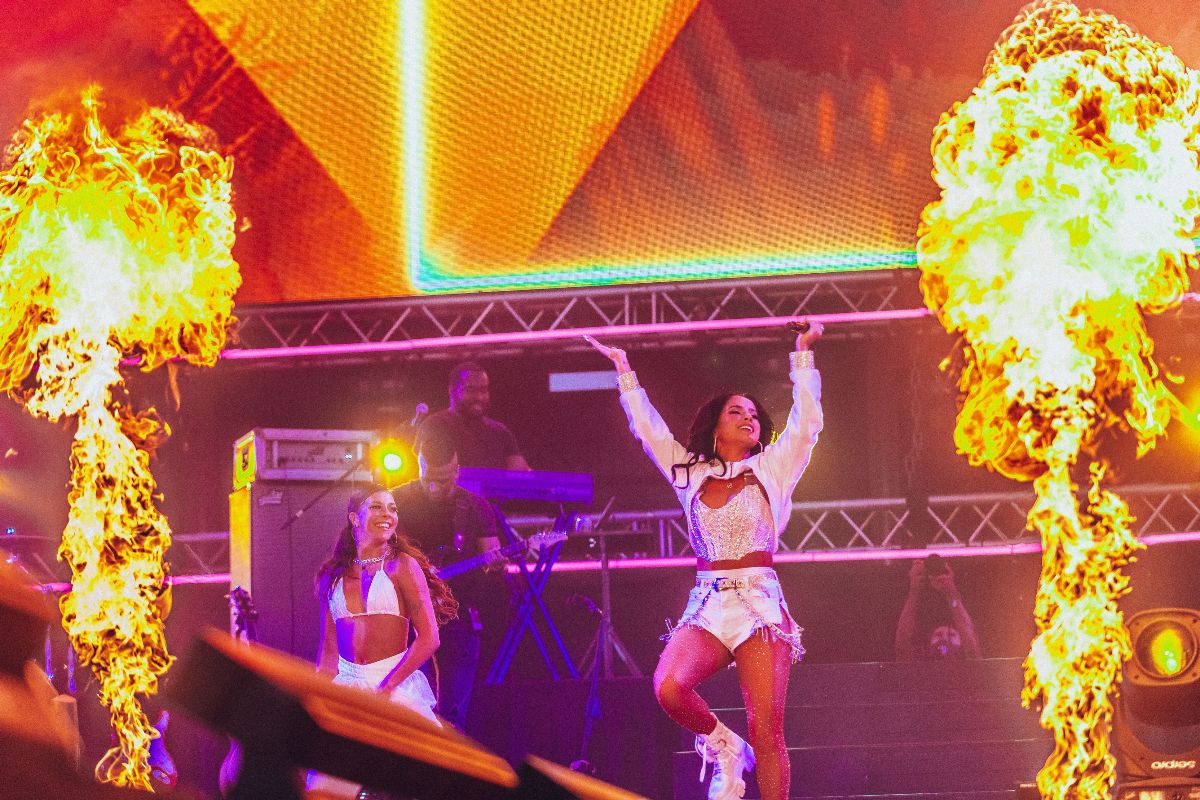 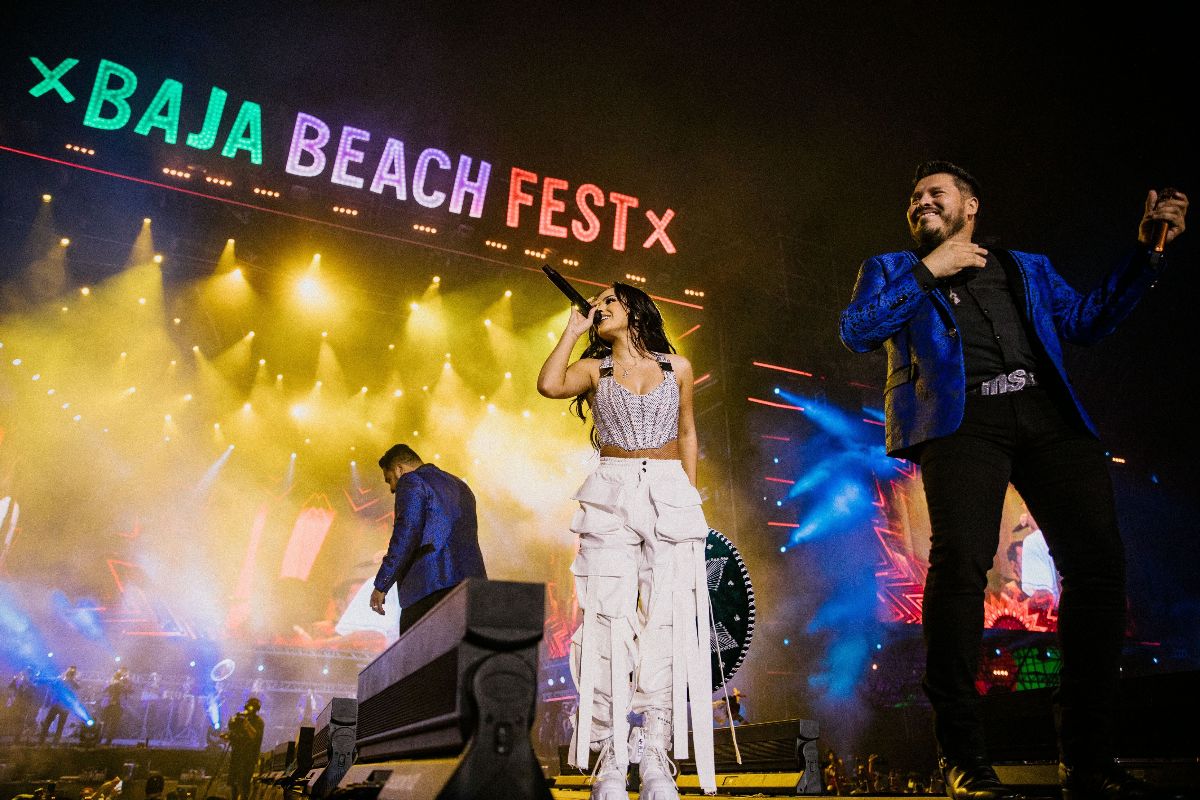 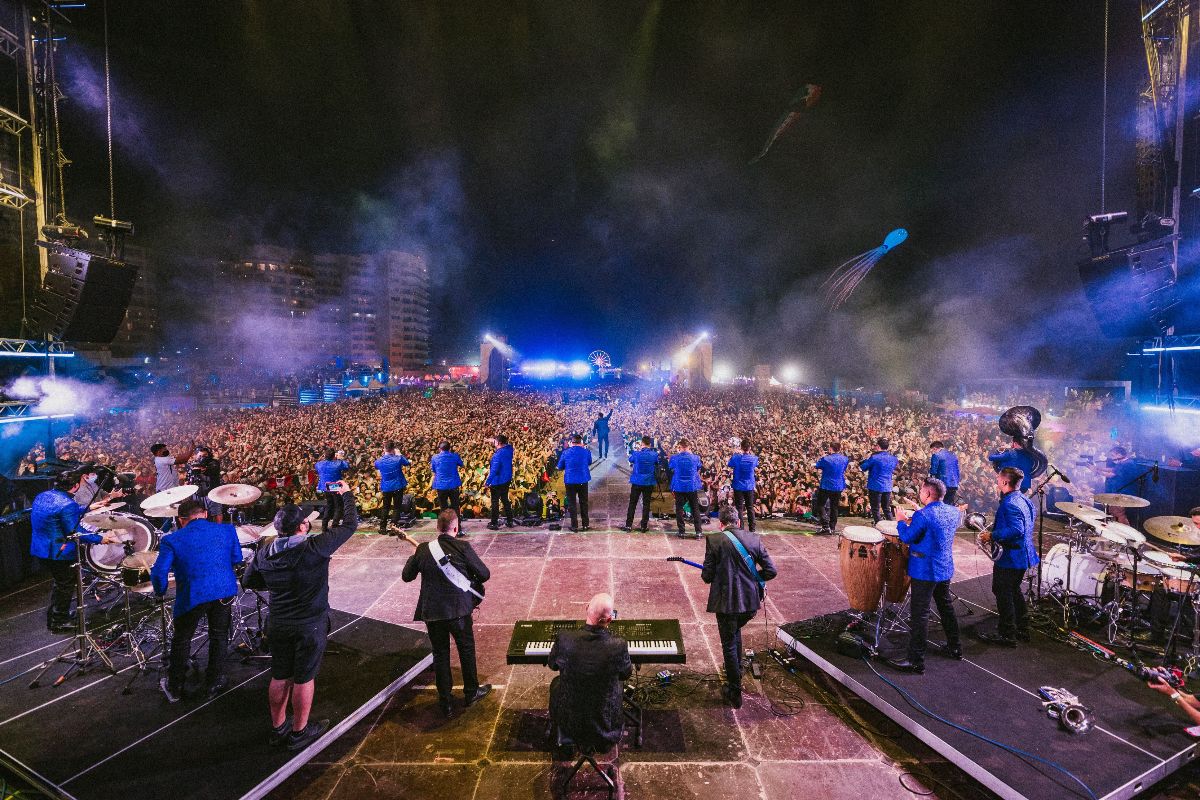 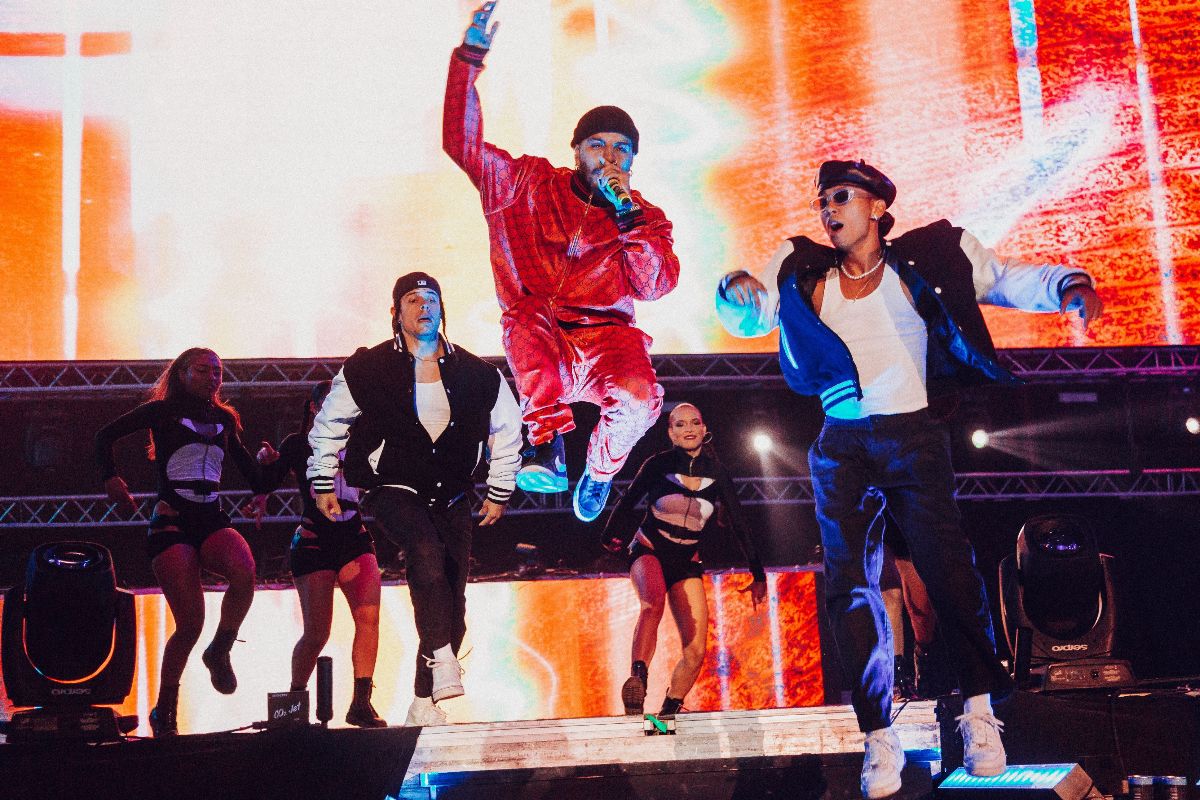 The Puerto Rican superstar and his dance crew show off their hops while pumping up the crowd (Credit: Baja Beach Fest / @theemmaexperience) 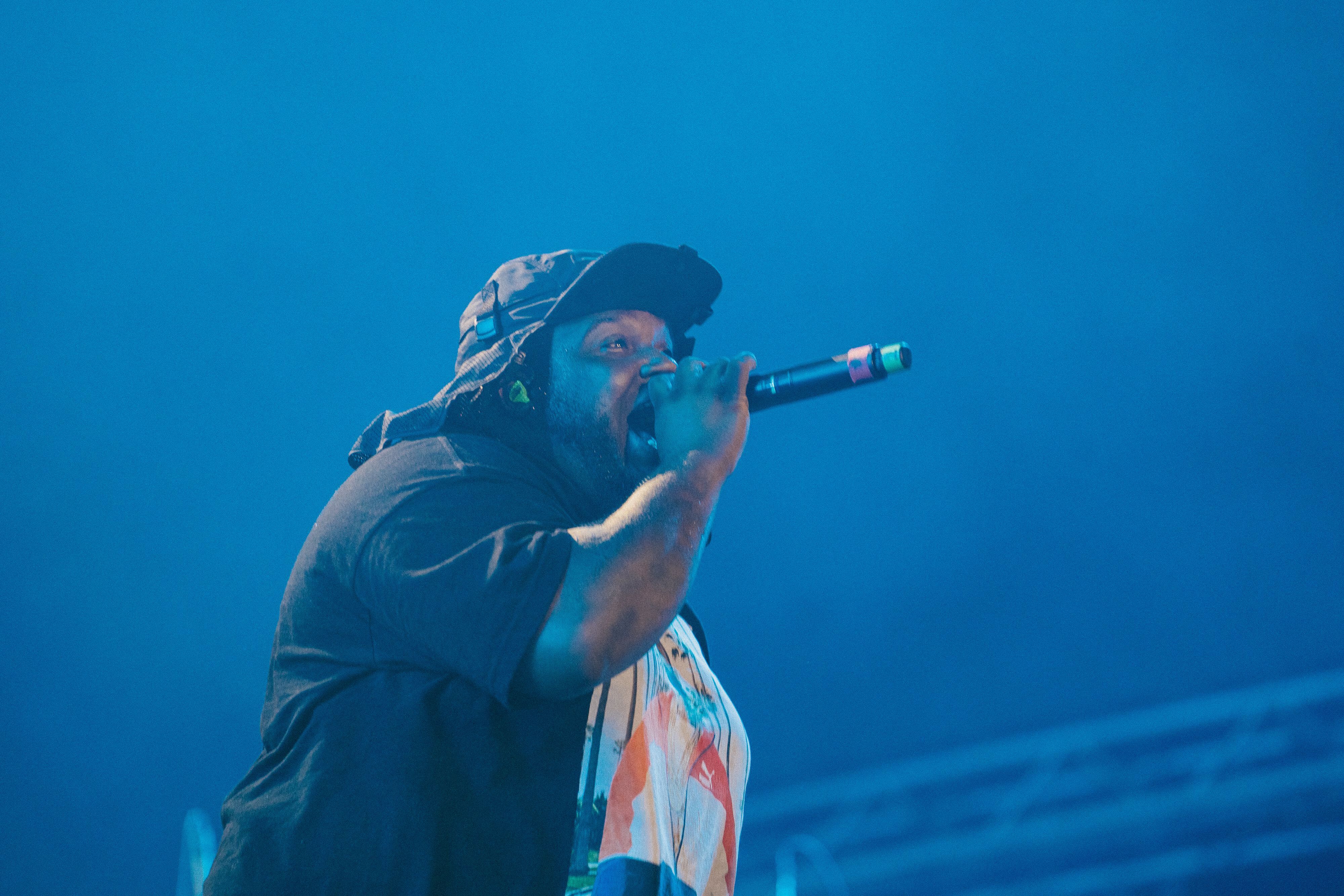 The Panamanian artist brought all sorts of energy and charisma to the show, including an exciting drum-off with his big bro
(Credit: Baja Beach Fest / @connortherealgaskey) 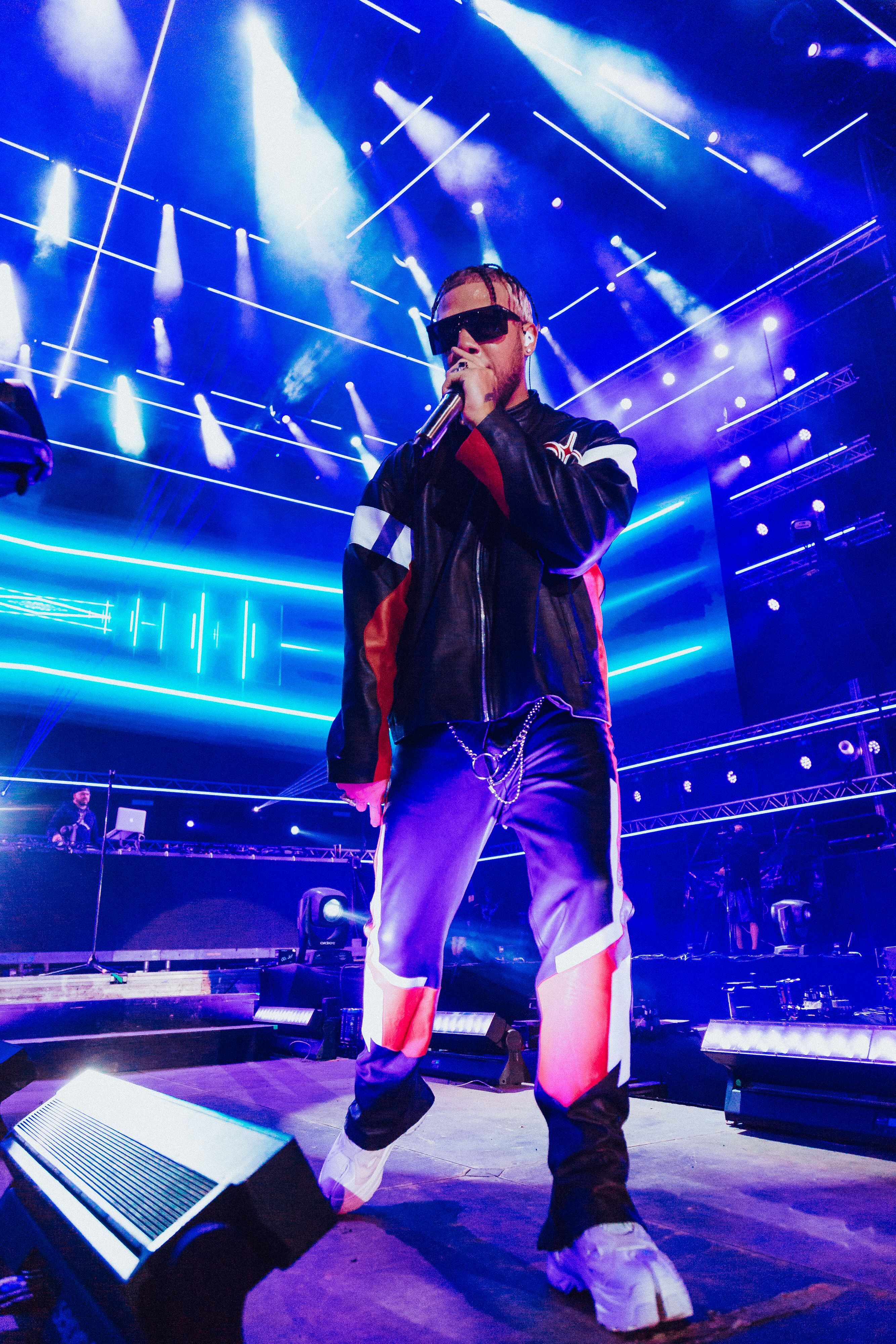 The singer-songwriter stunted hard as he pumped the crowd up with some of his latest singles (Credit: Baja Beach Fest / @theemmaexperience) 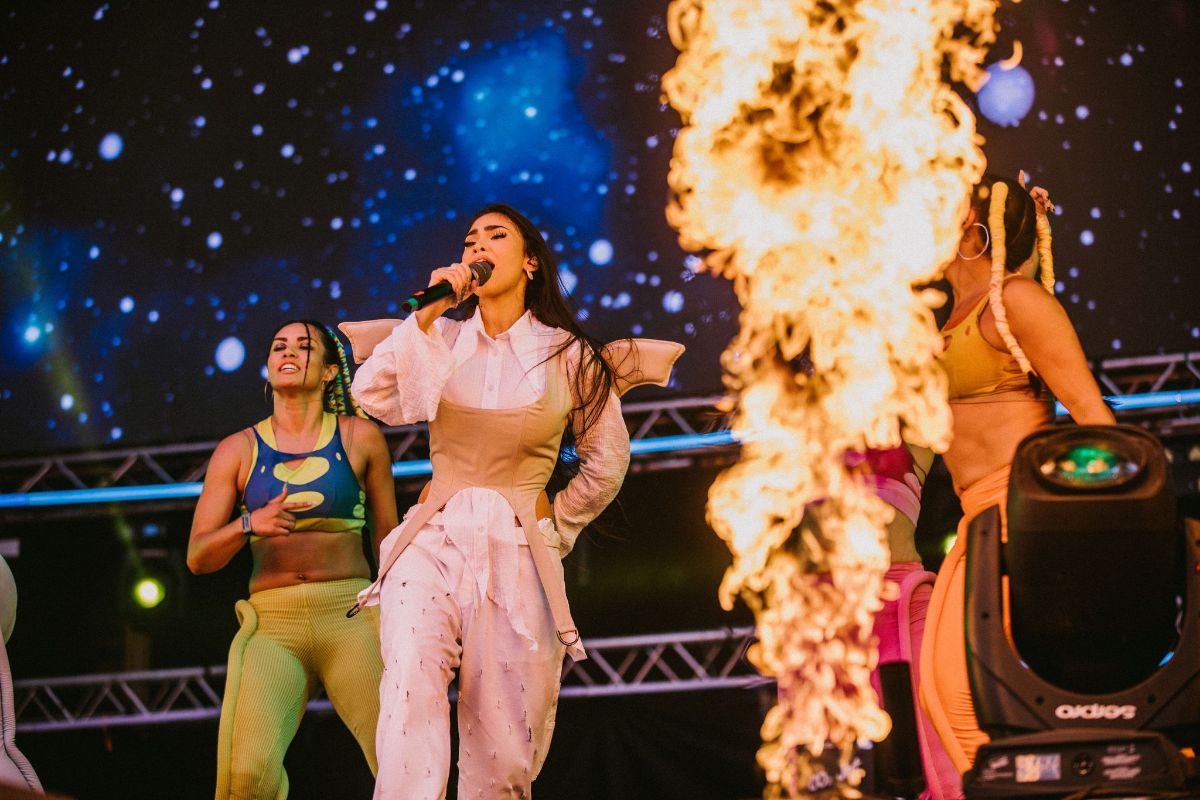 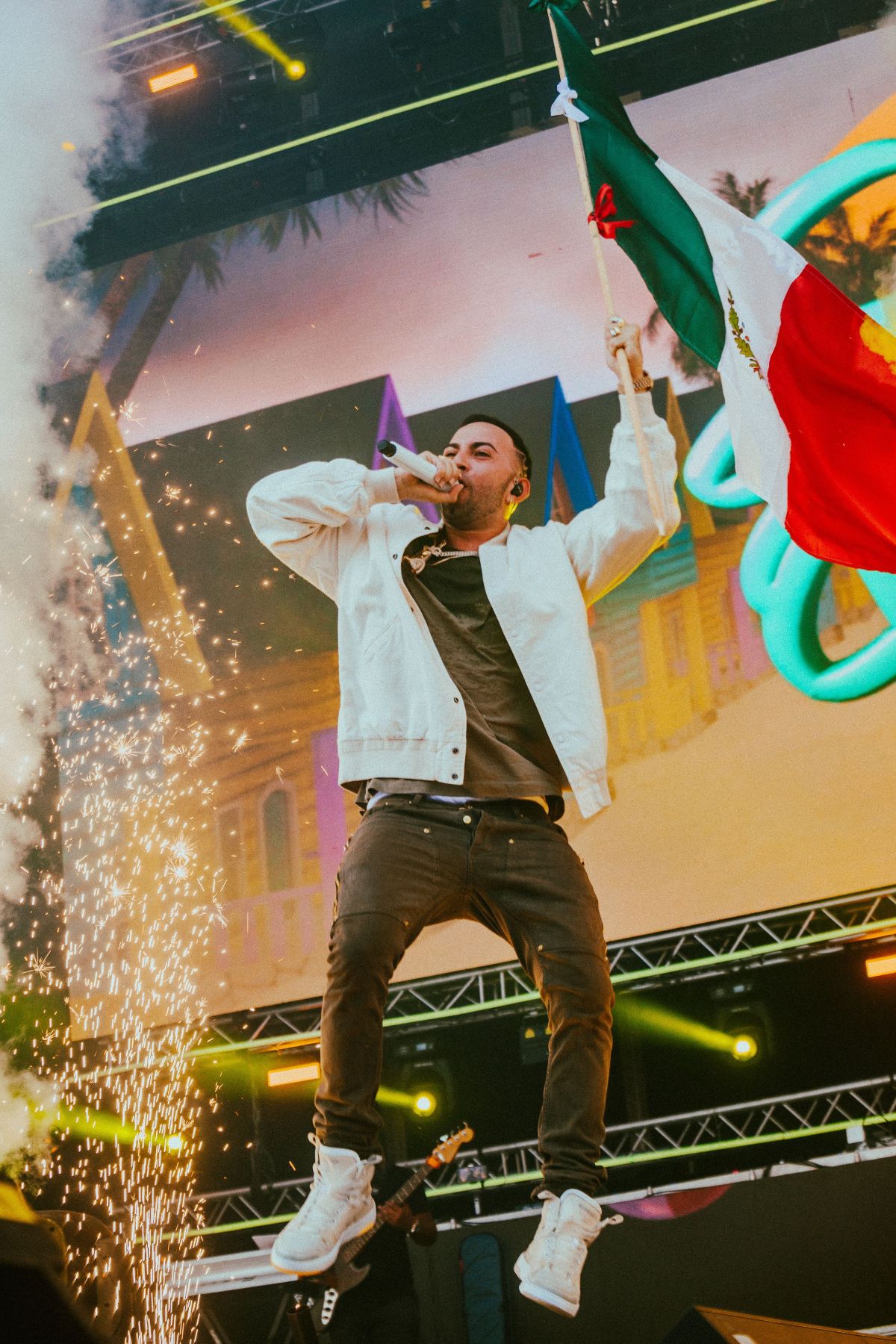 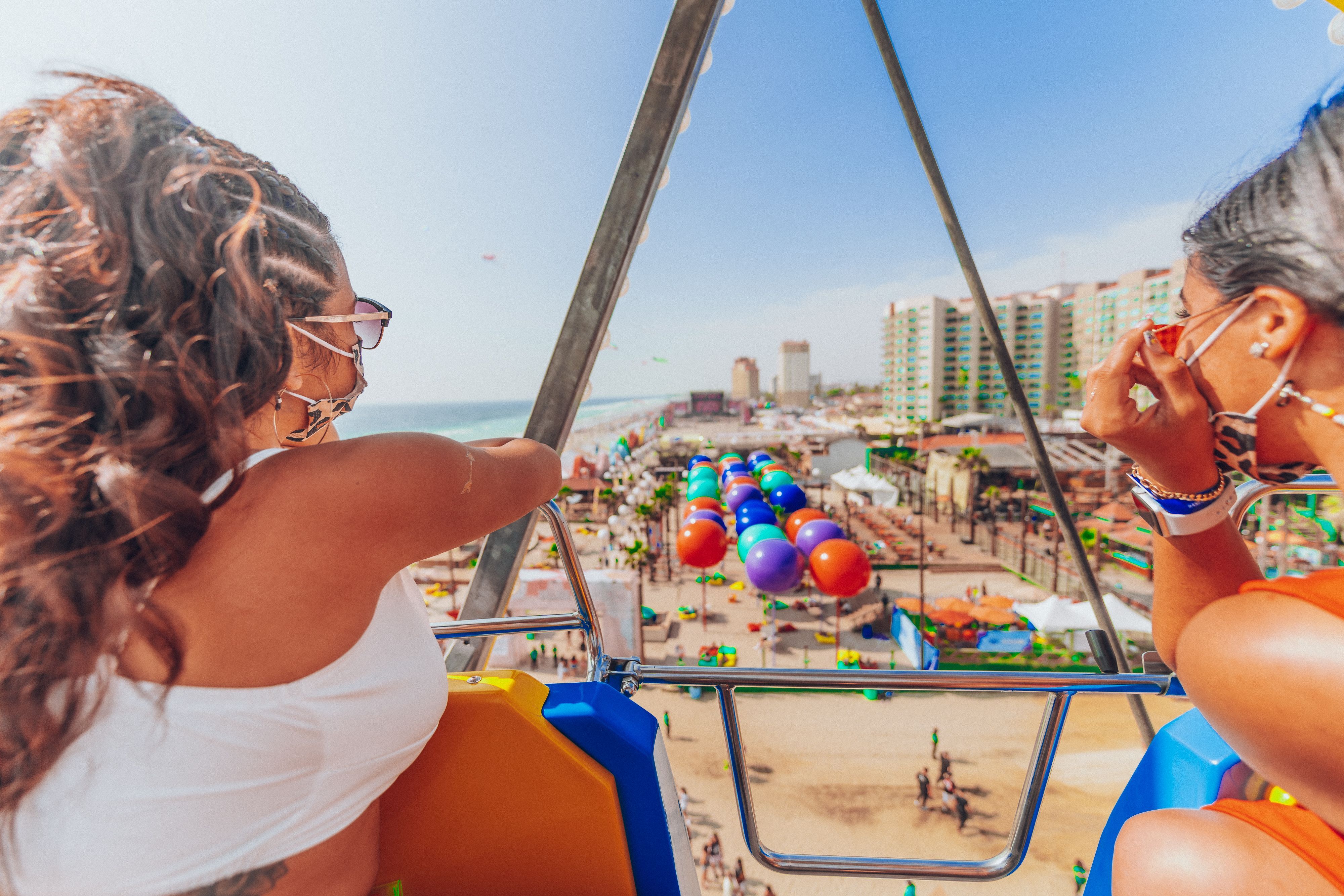 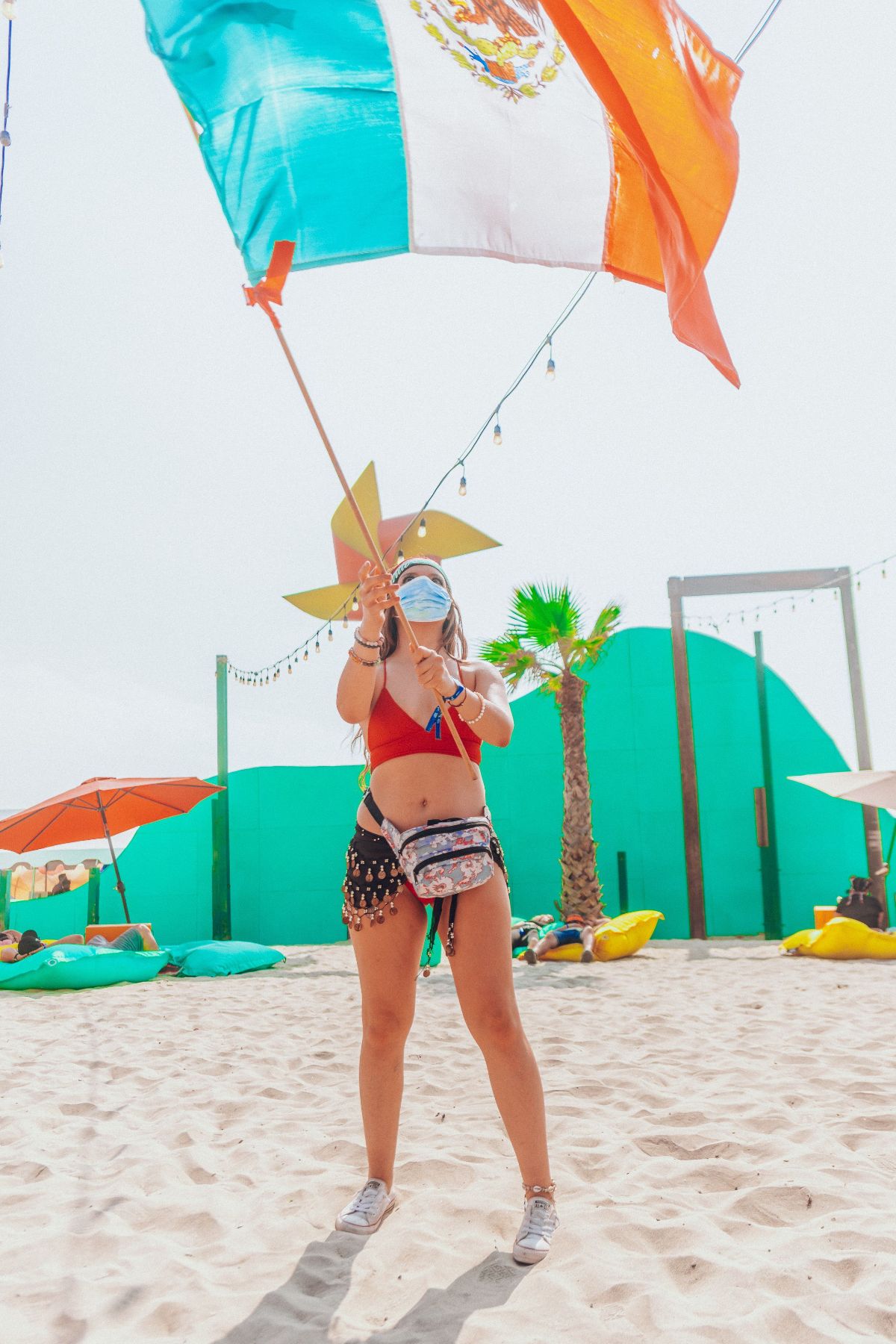 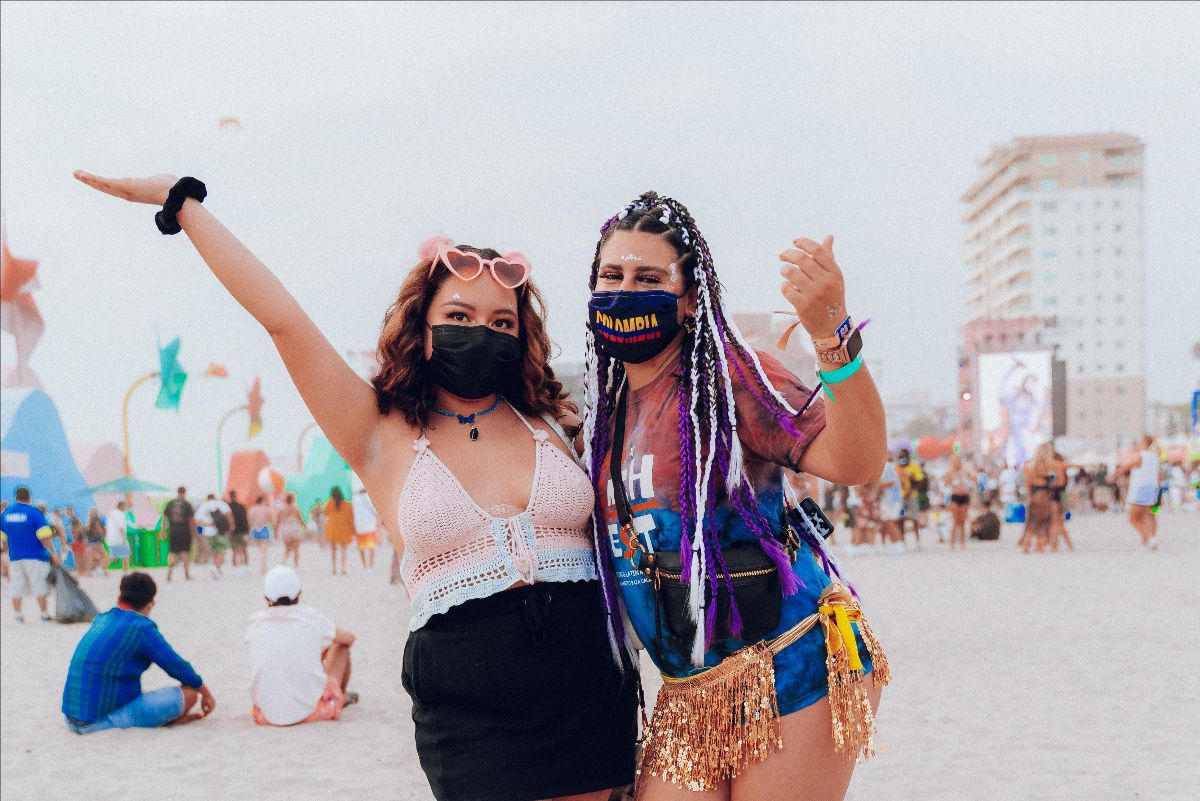 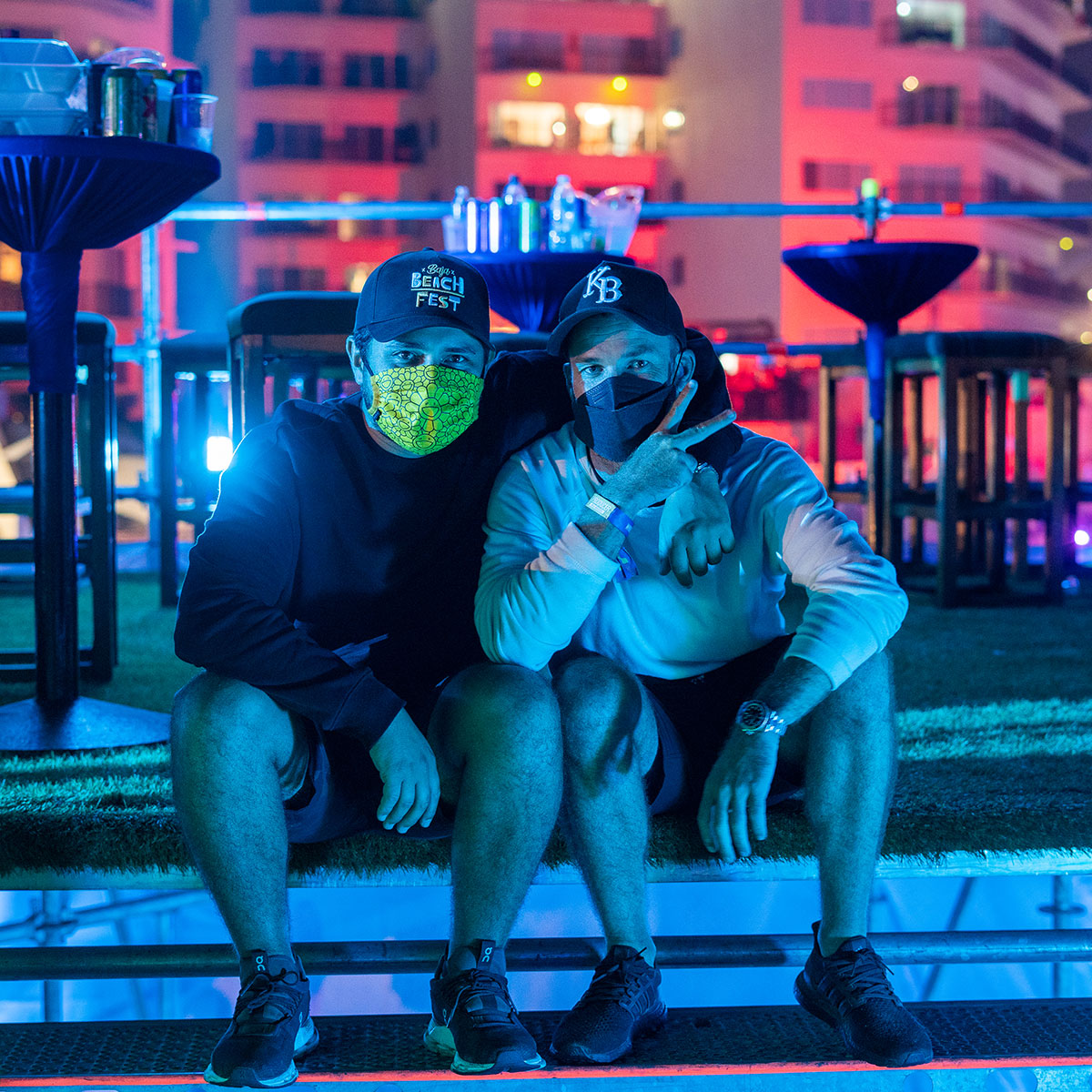