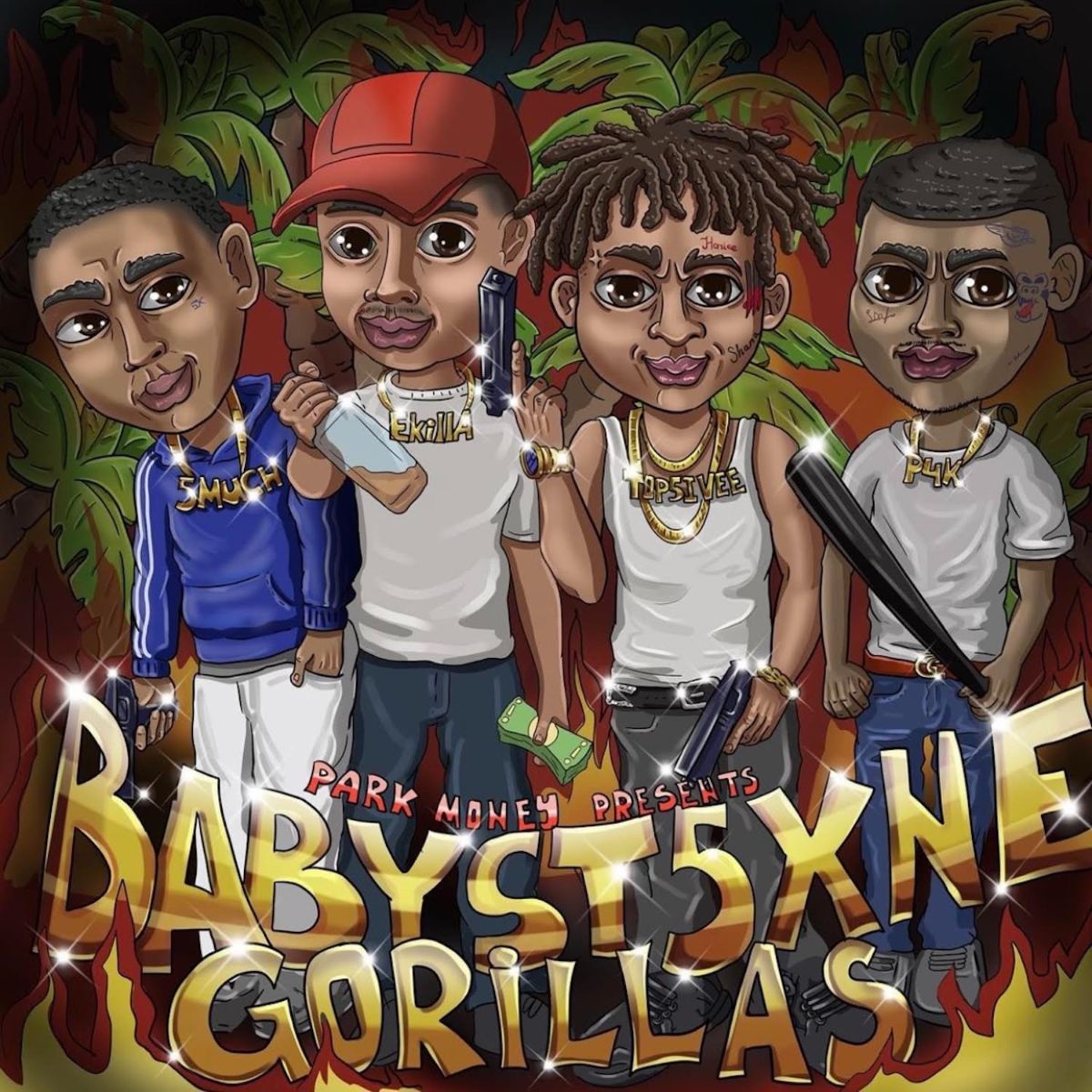 “Baby Stone Gorillas took the west coast by storm in 2021, and the Los Angeles-based quartet has wasted no time leaving its mark in 2022.” – No Jumper

With their versatile group dynamic and effortlessly electric approach, Baby Stone Gorillas make every track feel like a prized posse cut, with Top5ivee, P4K, 5Much, and EKillaOffDaBlocck each offering a unique take as the rap representatives of the South LA streets. Today, the Baby Stone Gorillas assemble once again to share “Start Sumn,” the latest music video from their recent debut mixtape, BABYST5XNE GORILLAS. Over sinister, slow-burn, RonRonTheProducer production, the SoCal quartet runs a rap relay of increasing explosiveness with each baton pass, best exemplified by 5Much coming out swinging with the line, “I was never good at math, but you can’t match my skills.”

The “Start Sumn” video perfectly captures the essence of each BSG member, with Top5ivee posting up with his personal cash register, 5Much blowing blunts on a red-tinted throne, P4K doing his one-man money dance, and EKilla idling at the arcade because he doesn’t play games. Though the clip offers a glimpse of each member in their element, the group shines brightest when they’re together, huddled atop a police cruiser like the floor is lava. The “Start Sumn” video follows recent clips for BABYST5XNE GORILLAS highlights “Do It Up” ft. Wallie The Sensei and “That’s What You Supposed To Do.”

With BABYST5XNE GORILLAS, the four South L.A. spitters put on a clinic in street rap rawness. Spanning 23 tracks with nary a dull moment, the tape establishes BSG as the kings of the jungle in SoCal and beyond.