“The Florida rapper’s style is raw and unpolished… In other words, his music reflects everything you would hope for from a rapper named Baby Soulja who owns a grenade launcher.” – Complex

Reporting live from the jungle of Jacksonville, Florida, Baby Soulja pours his heart into his rhymes. Rocking two chains and a solid gold watch, Baby Soulja opens up about his everyday struggle in “Without Em,” his latest video. Locking into a sharp cadence atop a sparkling Southern beat, Baby Soulja reflects on the pressure of providing for his family, his fight to survive, his inability to find people to trust, and more: “I’m in beef so I just went and bought a brand new drake/I gotta live ’cause I’m the one who keep my family straight.” Premiered by Dirty-Glove Bastard, “Without Em” showcases Soulja’s charisma, as he smirks and snarls his way through the deeply personal track. Anchored by the 25-year-old rapper’s melodic drawl, “Without Em” is the opening track of Still Standing, Baby Soulja’s recent project. Featuring appearances from Kodak Black and Youngboy Never Broke Again, Still Standing is available everywhere via International Music Group / StrongArm.

With a loyal following of 121,000 subscribers on YouTube, Baby Soulja’s fans respond to his wild persona and his raw emotional honesty. After first getting attention in 2018 with the Trials & Tribulations mixtape, Baby Soulja leveled up with Still Standing. An 8-track snapshot of Baby Soulja’s moment, Still Standing features buzzing singles such as the menacing piano-led slapper “Facing 10,” and the Kodak Black-assisted “Average,“ which has over 3 million views on YouTube. Co-signed by Flo Rida, the Jacksonville native has collaborated with the likes of Rick Ross, DJ Khaled, Boosie Badazz, and Gucci Mane. Stay tuned for much more from the fierce young rhymer as the year moves on. 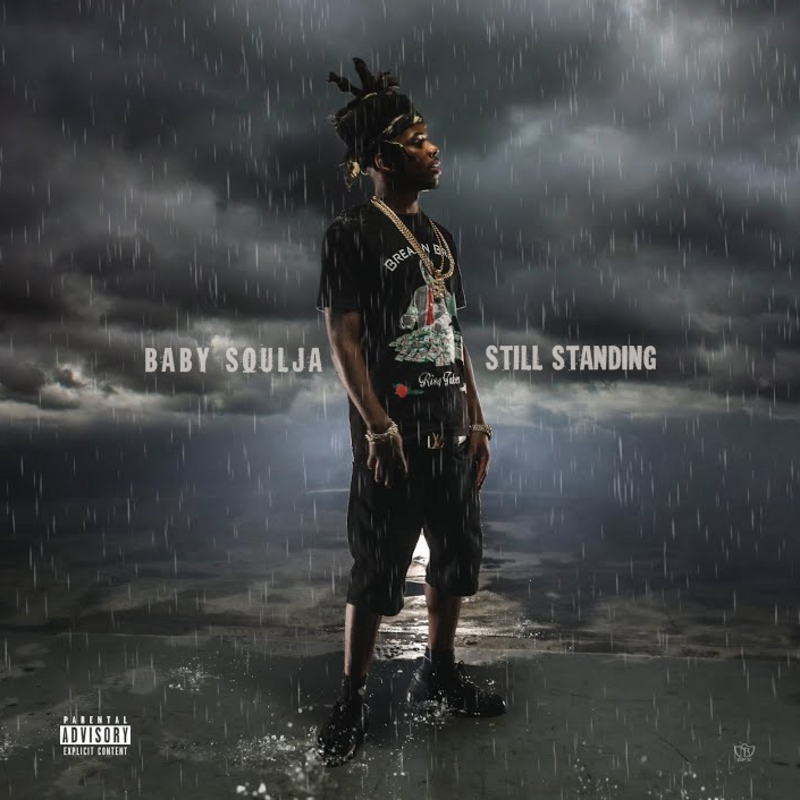 Charles Doles, better known as Baby Soulja, was born March 26, 1994 in the heart of Jacksonville, Fl. He is the oldest of his mother’s side with a total of 3 brothers and one sister. Inspired by neighborhood music mogul Big Major and growing up with a background in music could only stimulate him to be eagerly passionate about his music career, staying motivated, never giving up. Though he recently moved to Miami to further his music career, he stayed true to himself through everything, and his drive has flourished.