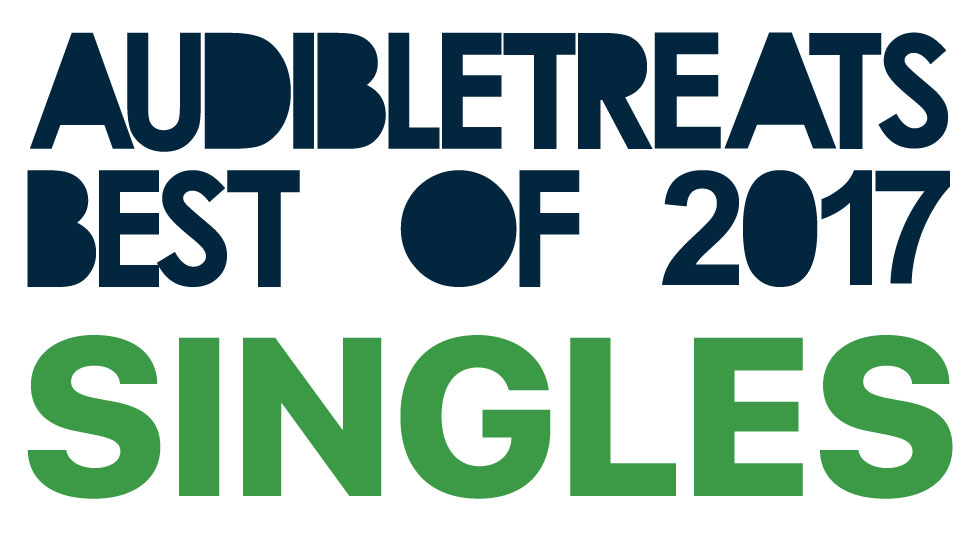 🙏🏼Your Consideration: A Handy-Dandy List of Our Strongest Singles for Your Year-End Lists 📓

While it was a tumultuous year in the outside world, 2017 was a spectacular year for music, as hip-hop expanded its influence and officially became the dominant genre in pop music. With over 332 million streams on all services, Audible Treats artists made their mark on the industry, earning success and critical acclaim. Here’s a concise list of the most successful and influential singles we’ve proudly worked.

Enjoy and thank you for your support this year, as always.
❤️, Michelle, Gavin, Dharmic, Isabel, Dan, and our hard-working intern Tyler. A master of melodic trap bombast with a proven track record of hits, 2017 was a breakout year for Atlanta’s YFN Lucci. Recruiting XXL Freshman PNB Rock to assist with a boisterous hook, the Think It’s a Game rising star had his biggest hit yet with “Everyday We Lit,” which peaked at #33 on the Billboard Hot 100 and reached Goldstatus with the RIAA. With 111 million views on YouTube, 42.5 million plays on SoundCloud and 75 million streams on Spotify, “Everyday We Lit” gained further momentum when Lil Yachty and Wiz Khalifa hopped on the remix. Perhaps nobody in Hip-Hop had a more eventful year than Young Dolph, who collaborated with the likes of Gucci Mane and 2 Chainz and survived two attempts on his life, all while growing into one of the most cultishly beloved and popular rappers from the South. A highlight from Dolph’s Gelato mixtape, the first of three quality full-lengths of 2017, “Play Wit Yo Bitch” a vicious diss song aimed at fellow Memphis rapper Yo Gotti, “Play Wit Yo Bitch” earned over 11 million plays on Spotify and earned praise from Stereogum, who called the track “absolutely savage.” “Play Wit Yo Bitch” provided the soundtrack to one of the year’s most memorable rap moments, when Dolph performed the track on stage after surviving an attack in Charlotte, NC. One of the most successful and controversial newcomers in 2017, the rebellious Bhad Bhabiecommanded your attention. Inspiring passionate and divisive reactions in the music world but effusive praise from her legion of social media followers, “Hi Bich” was Bhad Bhabie’s catchiest effort, a confrontational earworm and a visceral condemnation of haters and creeps, placing at #68 on the Billboard Hot 100, earning over 11 million plays on Spotify, 6.2 million plays on SoundCloud, and more than 45 million views on YouTube for its video. Bhad Bhabie (aka Danielle Bregoli) first gained notoriety in 2016 when a video of her appearance on Dr. Phil went viral, spawning a “Cash Me Ousside (Remix)” that reached #73 on the Hot 100. Now signed to Atlantic, Bhad Bhabie is set to prove that she is more than just a meme–she’s a true talent who has the potential to be one of her generation’s biggest stars. With his rubbery cadence, exuberant charisma, and extensive slang vocabulary, Vallejo, CA’s Nef The Pharaoh is a master at the art of flexing. Rapping circles around a fiery mob-style beat courtesy of The Two.Fifteens, Nef stunts on broke rappers on “Bling Blaow,” finding inventive new ways to demonstrate his superior shine.  With over 2 million streams on Spotify and 2.6 million views on YouTube for a music video that Highsnobiety called “deliciously lit,” “Bling Blaow” was the highlight of The Chang Project, Nef’s latest album, a vibrant and accomplished project that affirmed the E-40 signee’s position as a leader in the New Bay Area. Reuniting for the drill rap event of 2017, genre pioneers Lil Durk and Lil Reese struck a chord with the lead single from their first-ever joint project Supa Vultures EP. Produced by Young Chop, who lends airy synths and twinkling keys to the track, “Distance” is an epic shout-down of haters and fakes. With over 8 million views combined on YouTube, the song attained anthem status in the duo’s hometown of Chicago, becoming the top local hit in the city in July. Quoth The FADER: “The stark, melodic track features vivid autobiography from Durk and Reese’s gruff, chest-puffing bars, a fine contrast full of chemistry.” A cross-regional success story with supernatural slangin’ skills, 20-year-old Alabama-native and Sacramento resident OMB Peezy announced his presence in a big way this year. Anointed by The FADER as the “new voice of regional rap” and “the future of rap,” Peezy struck gold on his first release ever with “Lay Down,”  an ideal combination of rapping and production, with Peezy spitting icy fire and layering an impossibly infectious hook over producer King Drum Dummie‘s fusion of Zaytoven-style piano and Bay Area bass slaps. Praised by Pigeons & Planes, who raved “the record is full of aggression, witty wordplay, and features a second verse that may be the toughest of the year so far” and listed the track at #14 on their halftime list of Best Songs of 2017, “Lay Down” was a brilliant opening to a year that saw Peezy drop his debut EP, tour with SOB x RBE and Tee Grizzley, earn praise in the New York Times and Pitchfork, and sign with 300 Ent. and E-40’s Sick Wid It Records. South Florida phenom wifisfuneral exploded from SoundCloud fame to IRL success in 2017, signing to Alamo/Interscope, releasing two successful albums, and headlining a nationwide tour. Released back in March at the request of wifi’s Twitter followers, “wya?,” quickly grew into one of wifisfuneral’s most popular tracks, racking up over 5 million combined streams on Spotify and 2.85 million plays on SoundCloud. A minimalist banger with addictive production from Cian P, “wya?” finds wifisfuneral expressing the duality of romanticism and paranoia, leaving and returning, grappling with newfound success over a milky turn-up chorus. One of the highlights from wifi’s major label debut mixtape Boy Who Cried Wolf, “wya?” got an added boost when 2017 XXL Freshman Ugly God hopped on the remix. This past January, Maxo Kream took a break from the bravado of rap, delving into the depths of his personal life on “Grannies.” Rhyming in a trance-inducing, monotonous duple meter flow over a haunting organ-driven beat, Maxo matter-of-factly relates memories from his time living with his Grandma, including, living with multiple family members in a one-bedroom home, stealing his aunt’s car when he caught her smoking his weed, and witnessing his uncle murder somebody at the age of 6. The intensely personal single quickly became Maxo’s most popular yet, earning 3.44 million plays on SoundCloud, 4.36 million streams on Spotify and more than 2 million YouTube views on the documentary-style visual. The Bay Area’s titan of turn-up, rapper/producer P-Lo had his best year yet behind the mic in 2017. Feinting with an airy, pleasant introduction, P-Lo quickly gets down to brass tacks on “Feel Good,” a lurching monster of a club banger. With low, rumbling bass, the FADER-premiered “Feel Good” is one of P-Lo’s best beats yet, as the backing track subtly shifts while never losing the song’s titanic stomp. Featuring an appearance from frequent collaborator G-Eazy, “Feel Good” found the ears of Issa Rae, who included the song in an episode of Insecure. Buoyed by the HBO show and the placement on the show’s official soundtrack, “Feel Good” racked up over 2.5 million plays on Spotify. The son of a Black Panther, the former Offensive Lineman at Division I powerhouse Boise State University, and the author of amazing Instagram captions, Rexx Life Raj is a major rising star in the Bay Area scene, racking up over 20 million streams on all platforms. In the past year, he earned glowing press coverage from Billboard, Pigeons & Planes, Pitchfork, Noisey, and XXL, collaborated with the likes of G-Eazy, Mozzy, Nef The Pharaoh (who frequently calls Raj his favorite rapper), Murs, ymtk, Goapele, and others, and earned a co-sign from Pharrell Williams, who joined Raj onstage at ComplexCon. A Billboard-premiered highlight from his recent album Father Figure 2: Flourish, Rexx Life Raj displays what makes him special on “Burn Baby Burn,” effortlessly riding the high-energy production and interpolating the hook from Prince’s classic “Erotic City.”