The Long Beach Rapper Unites the Coasts With a Grimy New Single, Premiered by Billboard 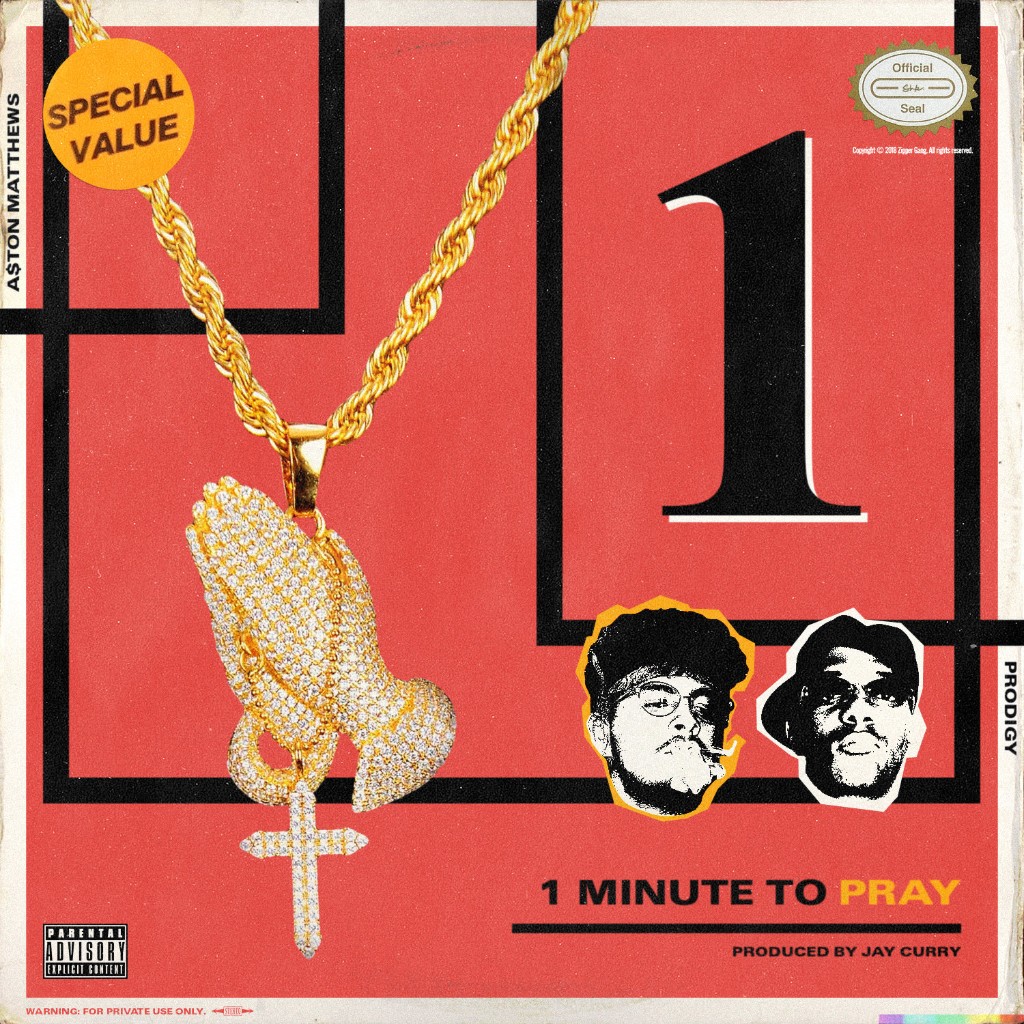 With a helium-pitched rasp and with a vividly imaginative pen, A$ton Matthews is one of L.A.’s most respected underground emcee. Serving up a sinister slice of street savagery, Matthews shares “One Minute to Pray,” his first single. Produced with steely minimalism by Jay Curry, “One Minute to Pray” is a slice of life portrait of life in the streets, brimming with lived-in details and violent imagery. Premiered by Billboard, “One Minute to Pray” features one of the last ever verses from Prodigy, recorded shortly before the Mobb Deep legend’s untimely passing: “I am the danger you worry bout/I’m the type your father told you not to hang around/I’m the type yo momma told you ‘be cautious’/Now you hidin’ in you crib scared and you nauseous/I find out where you live, that shit gettin’ torched/I don’t give a fuck who in it, it’s your fault.” “One Minute to Pray” follows “Brazy,” a streetwise slapper produced by Pi’erre Bourne.

A$ton Matthews explains what it felt like to work with the late great Prodigy: “Working with P [Prodigy] had to be one of the top 5 greatest moments of my career so far. Mobb Deep as a group had that raw, ‘we don’t give a fuck,’ spit in your face vibe every record, and I feel like I’ve incorporated so much of that attitude into my own music. Real shit, I truly became a fan of P when I heard him rap ‘I’m so impulsive I start gunnin right in front of Jesus, Marie and Joseph, If that’s what it is, nigga I’mma live, You not gon play me like the neighborhood bitch’ on his song ‘Mac 10 Handle.’ I feel like most LA people from a street aspect could relate to that bar, and from a gang bangin’ point of view that shit turnt me up. It made me wanna slide and do my stuff regardless of the outcome, or regardless of who it was in front of. I wasn’t a rapper at that time but I was active, I connected with him as a person, and I felt like I was seeing the shit he was talking about on the daily. It was like my theme music. For me, I’m still working my way up in this rap shit, so for him to bless me with this verse is something legendary. I’m forever grateful for what he did for this game, and the influence he gave me as well as the rest of the world.”

The son of Guatemalan immigrants, A$ton Matthews first gained national attention a member of the Cutthroat Boyz, a rap collective comprised of Matthews, Vince Staples, and Joey Fatts. In 2012, Matthews gained the attention of A$AP Yams, who executive produced his mixtape Versace Rags, which garnered buzz and critical acclaim, and connected him with A$AP Rocky, for whom A$ton opened on his 2014 tour. An in-demand collaborator, Matthews has worked with such luminaries as A$AP Ferg, Danny Brown, Alchemist, Action Bronson, Da$h, and many others. After Yams passed away in 2015, Matthews took a brief hiatus from the music business, taking the time to mourn his friend and mentor. Now, however, Matthews is back with a vengeance, ready to make more of the haunting, tasteful rap that the streets crave.

Listen to “One Minute to Pray” ft. Prodigy: https://soundcloud.com/brickflair/1-minute-to-pray-feat-prodigy

Check out the Billboard premiere: https://www.billboard.com/articles/columns/hip-hop/8097243/los-angeles-rapper-aton-matthews-teams-with-the-late-prodigy-on-1