The 1017 Eskimo Standout Sheds Her Doll Identity, Emerges Fully-Formed as One of the Baddest Women in Rap 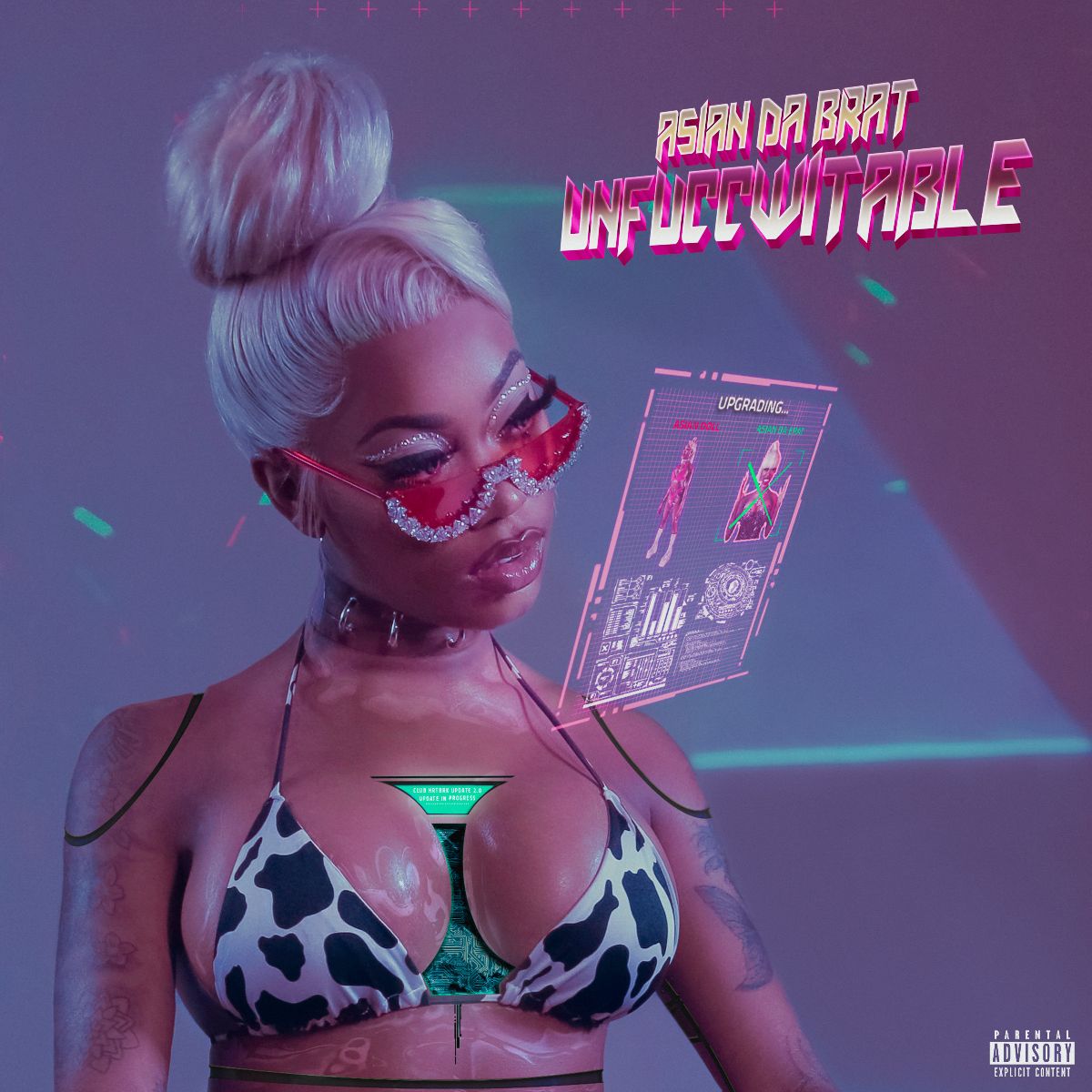 At 21-years-old, the gutsy ‘Queen of Teens’ is super confident and focused on becoming the best. Her bright-colored style matches her bold personality. Whether she’s approaching a track with her loaded bars or a melodic sang-rap flow, the Dallas, Texas powerhouse says everything with her chest” – The FADER

“She’s locked in for her most charismatic performance; “Road Runner” dazzles throughout, delivered fiercely enough to make every line land with purpose.” – Pitchfork

Capable of creating hard-nosed trap, candy-coated pop, and a thrilling mixture of the two, Asian Da Brat (fka Asian Doll) is a star in the making. Coming through with her second full-length as a 1017 Eskimo signee, Asian shares UNFUCCWITABLE, her new project. The follow-up to October’s, So Icy Princess mixtape, UNFUCCWITABLE is an extraordinarily confident release, as Asian gleefully sheds her “Doll” identity. She switches up her style from track to track, alternating defiant kiss-offs with sultry love songs and titanic flexes.

The project features the buzzing single “Draco,” a bass-boosted party-starter with a heist movie for a video. Featuring additional appearances from Lil Durk, Calboy, Smooky Margielaa, Stunna4Vegas, Yung Mal, and PNB Meen, UNFUCCWITABLE finds the Dallas rapper coming into her own, embodying a glamorous and melodic vision of rap’s future. UNFUCCWITABLE is streaming on all platforms via 1017 Eskimo/Alamo.

Catch Asian Da Brat tonight in her hometown of Dallas at JMBLYA, where she will perform with Bhad Bhabie.

Asian Da Brat (formerly known as Asian Doll), recently signed to Gucci Mane’s 1017 Records / Alamo Records. dropped her new project So Icy Princess on 10/17/2018. With previous projects sans features, So Icy Princesshighlights a range of collaborators including 1017’s own Gucci Mane, Lil Yachty, Young Mal, Dreezy, Smooky Margiela, Go Yayo and YBN Nahmir rounding out the mix. As her first project released with 1017, when asked about the release the 22 year old Dallas native stated “I am blessed, I feel like I worked hard and am achieving my goals while being true to myself. I am ready to work and this is just the beginning, expect more.” Asian has followed up So Icy Princess with “Grandson,” her first single in 2019. After playing a few shows with YNW Melly, the Dallas native is prepping for the release of Unfuckwitable, her follow up mixtape coming Spring 2019.